Man shouts racist slurs at 2 women in Dearborn store before trying to hit them with car, threatening them with bat

Republicans kept off Michigan ballot turn to the courts

Parents line up in Dearborn for emergency distribution of baby formula

Eloise has been closed since 1984

Detroit Paranormal Expeditions, who are currently hosting tours of the Kay Beard Building, have collected new evidence, including photographic and audio evidence at Eloise.

Eloise began as the Wayne County Poorhouse, which opened in 1839 in the now defunct Nankin Township. After the Great Depression, the population of the complex started to decrease, as reports of violence, questionable conditions, misconduct and overall neglect surfaced.

Farm operations ceased in 1958, and the psychiatric division began to close in 1977 when the state took over. The main hospital closed in 1984.

Visitors have reported odd occurrences on the hospital grounds for years after it was closed.

There have been reports of people finding medical waste and other strange items. Some have reported finding jars containing human body parts, as well as documents outlining strange medical procedures.

Here's the latest evidence from DPX:


This was captured on our Facebook Live walk-through video of Eloise's D Building on Aug. 31, 2018. As Jeff walks and shoots video with his iPhone on the third floor, an EVP (Electronic Voice Phenomenon - a voice that cannot be heard in the moment, but can be heard when playing back audio) is captured saying, "What's that?" Jeff continues to walk, and the same voice repeats what it said, but this time with a level of frustration. This was not heard in the moment, and there was no one present who sounded like the voice that was captured. 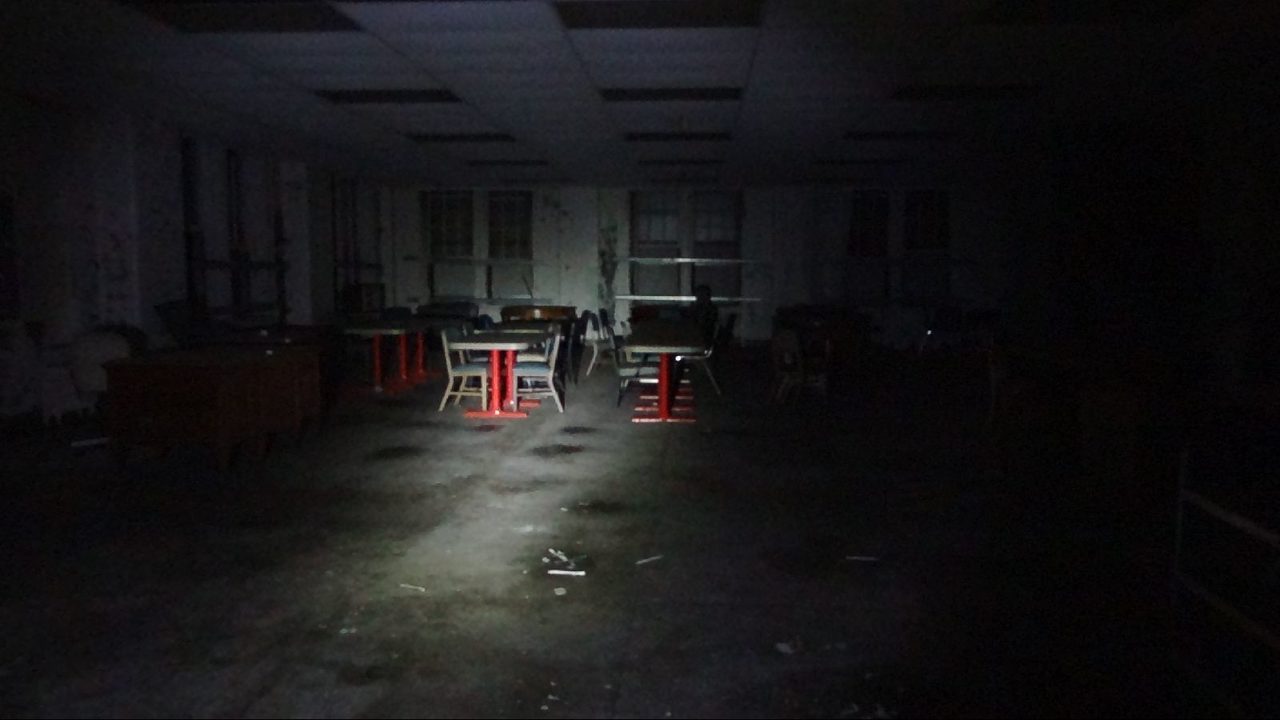 This photo was taken by Ace Taylor, who attended one of the Eloise tours. On the first floor of D Building, there is a large, mostly open room with tables and chairs in the back of it. Ace shined his flashlight into the room and snapped a photo with his digital camera. What he found when he reviewed the pictures was a black silhouette in the back of the room, which looks like it is sitting in one of the chairs. At the time this photo was taken, no one was in the room and we do not have an explanation for what caused that silhouette.

Figure Next to Pillar - Basement 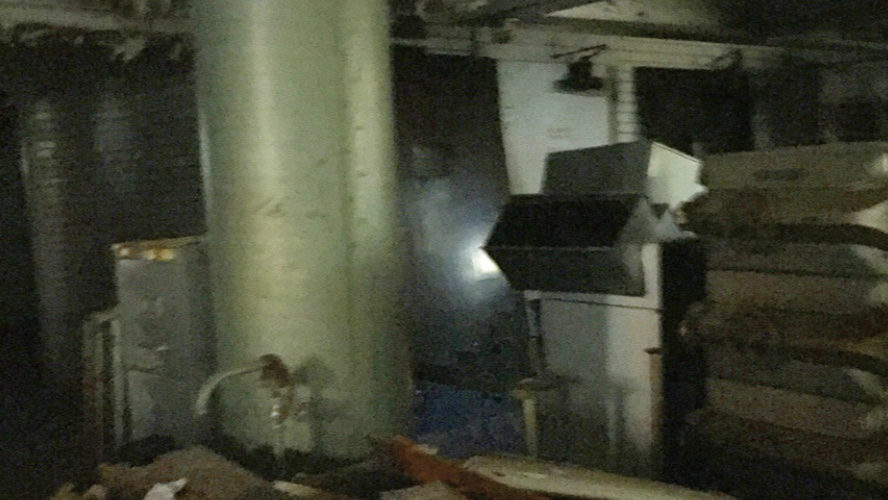 This photo was taken by Shannon Fern, who volunteered to help with the Eloise tours. In the basement of D Building, there is an industrial kitchen. She snapped a photo while in the kitchen, and caught what appears to be an apparition to the right of the pillar. The white, misty figure appears to have on a collared shirt or coat. The light source to the right of the apparition was a lantern.


This was captured during Detroit Paranormal Expeditions' investigation of D Building on Aug. 31, 2018. Alone on the third floor, Todd begins to hear movement behind him. He clicks on his flashlight and says, "Hello?" to see if anyone is near him, and no one is there. Just before he clicks on his flashlight, our digital voice recorder captures an EVP of a woman humming a song. Todd did not hear this humming in the moment.

Who Is This Man? - Fourth Floor Geobox

This was captured during Detroit Paranormal Expeditions' investigation of D Building on Aug. 31, 2018. The device being used is called a Geobox. It works with a hacked radio that scans radio stations quickly, approximately 80-100 radio stations per minute. At that rate, you are only getting any one radio station for a fraction of a second, but sometimes, full words and sentences come through. This is believed to be spiritual communication. The Geobox is designed to minimize the radio noise, and maximize the voices that are believed to be spiritual.

Watch the full Live in the D segment below: