Church leaders rally in Detroit for a march to stop violence

Mild overnight lows before temperatures warm up on Sunday

List of Georgia cities, counties under mandatory evacuation orders ahead of Hurricane Irma

ATLANTA – Florida isn't the only state preparing for Hurricane Irma. Georgia is now issuing evacuation orders for coastal areas ahead of the storm.

Acting on a recommendation from the state's Emergency Operations Command in anticipation of Hurricane Irma, Gov. Nathan Deal issued a state of emergency for 30 coastal counties. This emergency declaration includes the following counties effective Sept. 7, 2017:

Deal also issued a mandatory evacuation order for all areas east of I-95, all of Chatham County and some areas west of I-95 that could be impacted by potential storm surge from Hurricane Irma. The executive order also authorized up to 5,000 Georgia National Guard members to be on state active duty to support Hurricane Irma response and recovery.

See map of evacuated areas here or below. 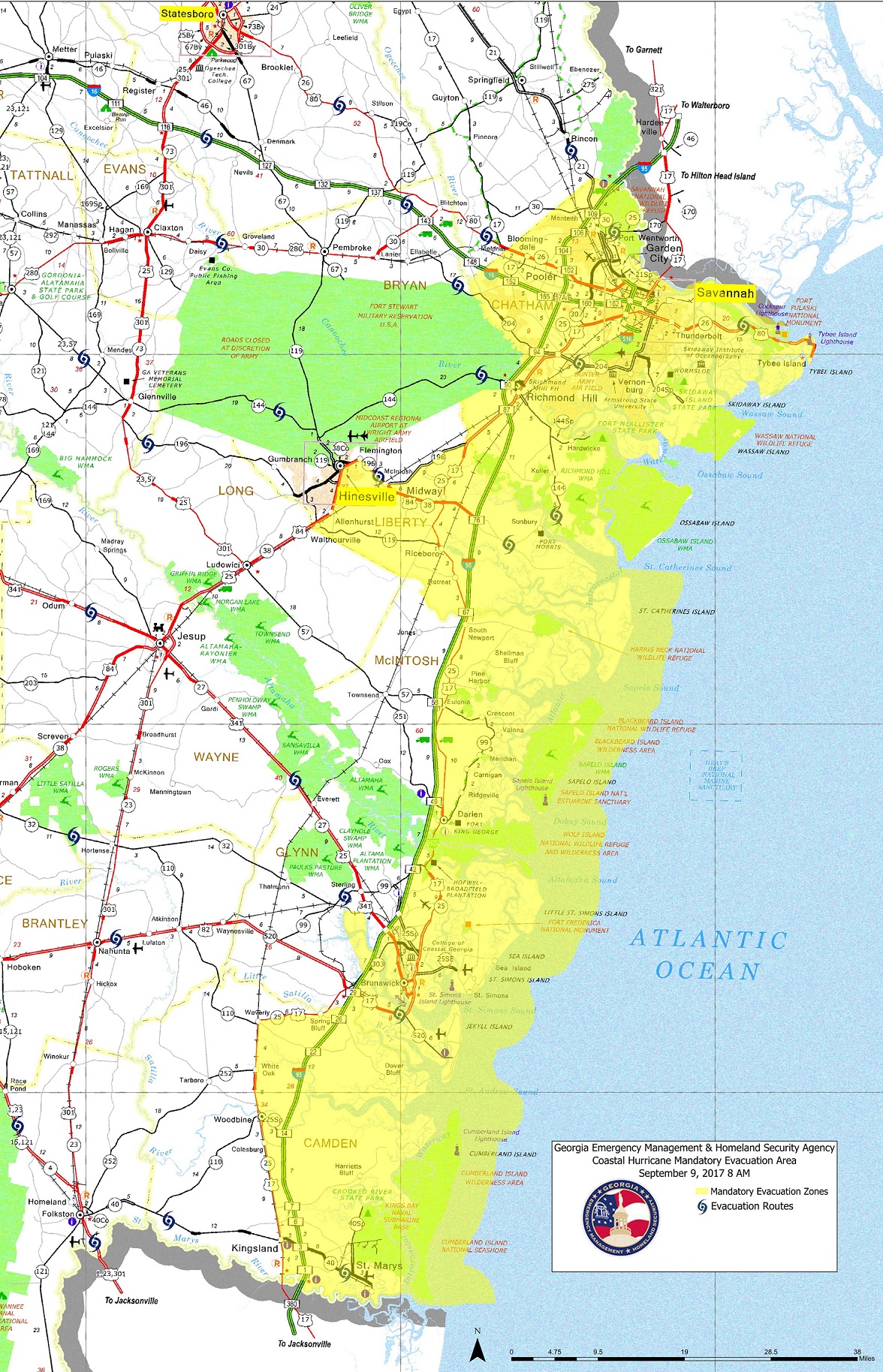 The race to flee Hurricane Irma became a marathon nightmare as more than a half-million people were ordered to leave South Florida on Thursday.

With the storm barreling toward the tip of Florida for perhaps a catastrophic blow this weekend, normally quick trips turned into daylong journeys on crowded highways amid a constant search for gasoline and lodging. Airline seats out of Florida were in short supply as well.

Mari and Neal Michaud loaded their two children and dog into their small sport-utility vehicle and left their home near Cocoa Beach about 10 a.m., bound for an impromptu vacation in Washington, D.C. Using a phone app and calls to search for fuel along the way, they finally arrived at a convenience store that had gasoline nearly five hours later.

The 60-mile trip up Interstate 95 should have taken an hour, Mari Michaud said.

"There was no gas and it's gridlock. People are stranded on the sides of the highway," she said. "It's 92 degrees out and little kids are out on the grass on the side of the road. No one can help them."

Late Thursday, the National Hurricane Center issued the first hurricane warning for the Keys and parts of South Florida, including some of the Miami metropolitan area of 6 million people. It added a storm surge warning and extended watch areas along the east and west coasts.

As people along the Atlantic Coast anxiously watched the behemoth, Irma battered the northern Caribbean, killing at least 11 people and leaving thousands homeless after destroying buildings and uprooting trees.

At least 31,000 people fled the Florida Keys, which could begin seeing wind and rain from Irma as early as Friday night, Gov. Rick Scott said. He noted the size of the powerful Category 5 storm, and told residents not to become complacent.

"It is wider than our entire state and could cause major and life-threatening impacts from coast to coast. Regardless of which coast you live on, be prepared to evacuate," Scott said.

Scott ordered all schools and state offices to close Friday through Monday. Florida State and the University of Florida canceled their home football games scheduled for Saturday.

NASA secured Kennedy Space Center and SpaceX launched an unmanned rocket for an experimental flight. Kennedy closed its doors to all nonessential staff and a crew of about 120 people will ride out the storm on site.

Most of the critical buildings at Kennedy are designed to withstand gusts of up to 135 mph (220 kph). Irma's wind could exceed that if it reaches Cape Canaveral.

With winds that peaked at 185 mph (300 kph), Irma was the most powerful hurricane ever recorded in the Atlantic.

Georgia Gov. Nathan Deal ordered evacuations for all areas east of Interstate 95, including the city of Savannah, and authorized about 5,000 National Guard members to help with response and recovery.