NASA's Cassini mission at Saturn to end with a bang

One of NASA’s most successful and spectacular space research missions is ending after almost 20 years in space.

On Friday, NASA's Cassini spacecraft begins the final chapter of its remarkable story of exploration: Its Grand Finale.

Between April and September this year, Cassini undertook a daring set of orbits that was, in many ways, like a whole new mission. Following a final close flyby of Saturn's moon Titan (which was explored earlier in the mission in great detail by Cassini’s probe, Huygens), Cassini leaped over the Saturn’s icy rings and began a series of 22 weekly dives between the planet and those rings. No other mission has ever explored this unique region. What we learn from these final orbits (which are still underway) will help to improve our understanding of how giant planets – and planetary systems everywhere – form and evolve.

On its final orbit, Cassini will plunge into Saturn’s atmosphere, sending back new and unique science to the very end. After losing contact with Earth, the spacecraft will burn up like a meteor, becoming part of the planet itself.

However, Cassini's Grand Finale is about so much more than the spacecraft's final dive into Saturn. That dramatic event is the capstone of six months of daring exploration and scientific discovery -- and those six months are the thrilling final chapter in a historic twenty year journey. At times, the spacecraft skirted the very inner edge of the rings; at other times, it will skim the outer edges of the atmosphere.

While the mission team was confident that the risks were well understood, there could still could have been big surprises. It's the kind of bold adventure that could only be undertaken at the end of a mission.

As Cassini plunged past Saturn, the spacecraft collected some incredibly rich and valuable information that was too risky to obtain earlier in the mission:

So why end the Cassini mission?

By 2017, Cassini will have spent 13 years in orbit around Saturn, following a seven-year journey from Earth. The spacecraft is running low on the rocket fuel used for adjusting its course. If left unchecked, this situation would eventually prevent mission operators from controlling the course of the spacecraft.

Two moons of Saturn, Enceladus and Titan, have captured news headlines over the past decade as Cassini data revealed their potential to contain habitable – or at least "prebiotic” – environments. In order to avoid the unlikely possibility of Cassini someday colliding with one of these moons, NASA has chosen to safely dispose of the spacecraft in the atmosphere of Saturn. This will ensure that Cassini cannot contaminate any future studies of habitability and potential life on those moons.

Cassini’s final images will have been sent to Earth several hours before its final plunge, but even as the spacecraft makes its fateful dive into the planet's atmosphere, it will be sending home new data in real time. Key measurements will come from its mass spectrometer, which will sample Saturn's atmosphere, telling us about its composition until contact is lost.

While it's always sad when a mission comes to an end, Cassini's finale plunge is a truly spectacular end for one of the most scientifically rich voyages yet undertaken in our solar system. From its launch in 1997 to the unique Grand Finale science of 2017, the Cassini-Huygens mission has racked up a remarkable list of achievements.

I’ve been following this mission since the beginning, and somebody I’ve shared my intense interest with is Dr. Sushil Atreya, the University of Michigan professor who taught me atmospheric thermodynamics way back in 1981.  I vividly remember sitting in his office and dreaming together about some of these faraway big missions to the outer planets, and sharing in his joy when they came to fruition. I managed to catch up with Dr. Atreya via e-mail while he was at a meeting in Asia and reminisce, and he reminded me that this mission almost didn’t happen.

"Cassini was on the chopping block due to budgetary constraints, but escaped cancellation in the end,” wrote Dr. Atreya. "The unwavering and overwhelming support of the American public combined with the interest and pressure from our international partners (ESA and ASI) convinced the US Congress to find a way to save the mission. On a personal level, I couldn’t have been happier. In the 13 years of Cassini-Huygens exploration of the Saturnian system, I have studied many, many aspects of the atmosphere of Saturn and Titan. As a result, we have a better understanding of the formation of solar system."

While the public has been wowed and amazed by the stunning images of Saturn and its rings sent back by Cassini, I have always felt that -- and Dr. Atreya confirmed -- the mission’s most important science actually came from two of the planet’s moons, Titan and Enceladus.

"Before Cassini, our only close-up view of Titan was from Voyager. It showed the moon is completely blanketed in a thick haze. What lay beneath that photochemical smog was a total mystery. As (Cassini’s) Huygens probe descended through the haze over two and half hours, it gradually began to reveal Titan’s surface, which showed mountains, an intricate network of channels emptying into a lake basin, a wet surface containing liquid methane and other hydrocarbons, and littered with ice pebbles! Our own GCMS (gas chromatograph mass spectrometer) found that Titan’s air is made of 94 percent nitrogen by volume, about 6 percent methane, and a whole lot of trace gases and hazes that result from chemistry between these two molecules. The atmospheric pressure at the surface is about one and a half times greater than that on Earth, but the temperature is only about a third. In many ways, Titan looks like Earth in deep freeze, an ideal laboratory to study the beginnings of our own planet before life emerged." 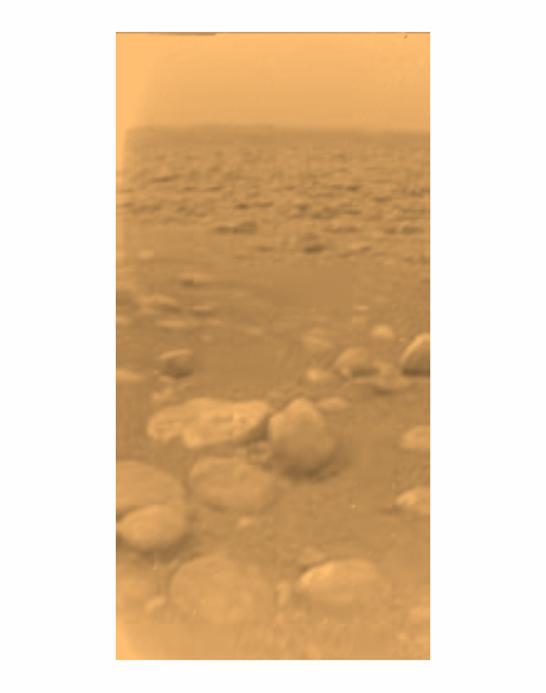 First ever color image of the surface of Saturn’s moon, Titan, taken by Cassini’s Huygens probe that landed on the surface.

As for Enceladus, Dr. Atreya adds that it “is without doubt one of the most intriguing objects in the entire solar system. Cassini found geysers of ice particles and gas shooting from “tiger stripes” on this moon, indicating the presence of liquid water ocean in the moon’s interior. Enceladus is another ocean world that has the potential of current microbial life.” 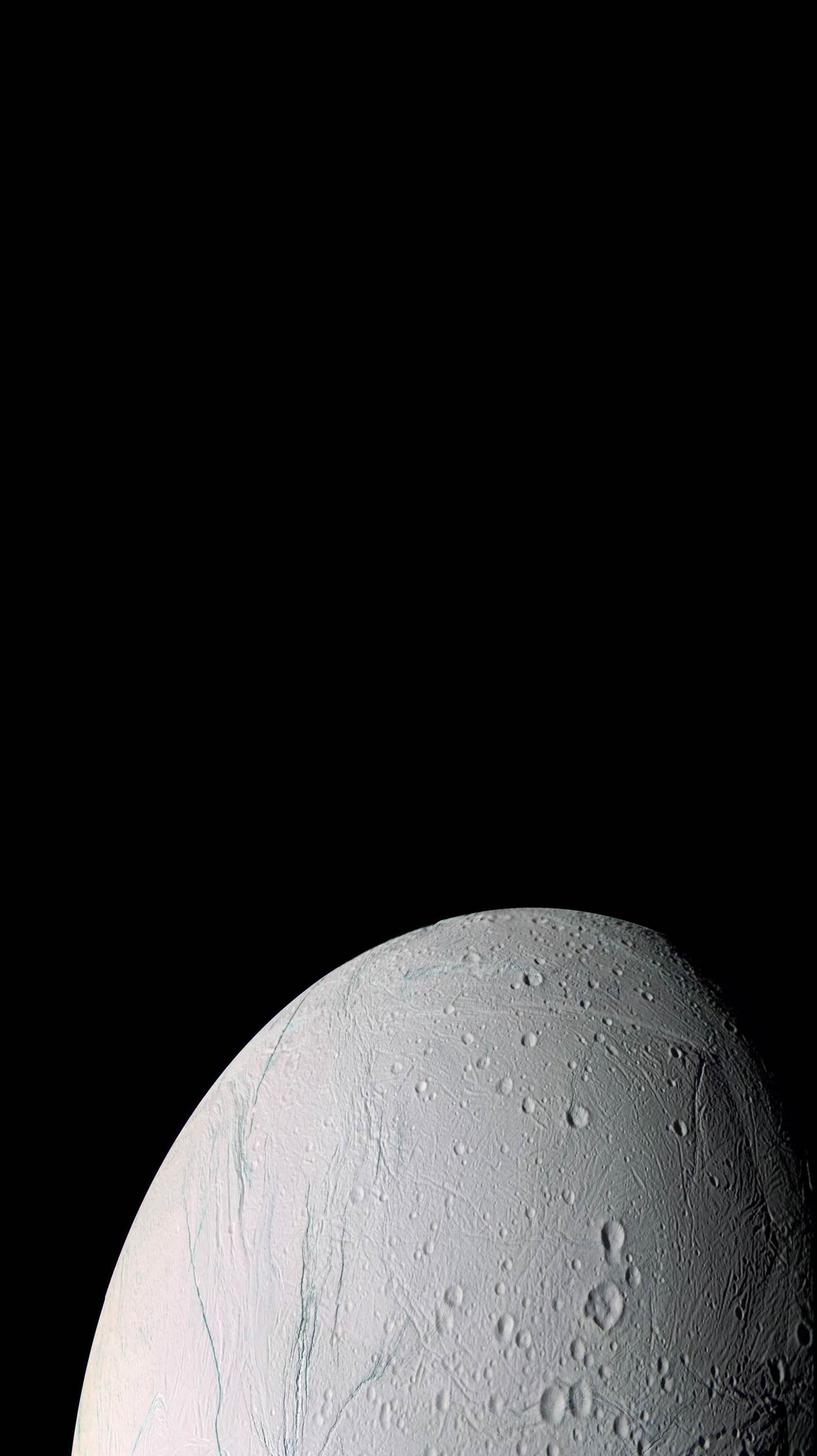 “(T)he mission has been exceptionally important to me personally, while at the same time tremendously valuable to the entire planetary science community,” wrote Dr. Atreya.  “I would be sad to say good-bye to this close friend who has taken me and others on an incredible voyage for two decades and opened our eyes to so many new vistas. Cassini will always have a special place in my heart!”