‘A Thousand Ways’ performance returns to Ann Arbor this fall

Blast away sore muscles and pain with this mini massage gun

These wireless earbuds are anything but boring

As Hurricane Dorian threatens off the coast of Florida, we recall 15 years ago to this day on Sept. 3, 2004 when Hurricane Frances hit the Sunshine State.

Frances' path was similar to Donna's in 1960, but it was much weaker as it moved across Florida in September 2004. From the National Hurricane Center (NHC):

"Frances produced a storm surge of nearly 6 feet at its Florida east coast landfall, and caused widespread heavy rains and associated freshwater flooding over much of the eastern United States, with a maximum reported rainfall of 18.07 inches at Linville Falls, North Carolina. Frances was also associated with an outbreak of over 100 tornadoes throughout the southeastern and mid-Atlantic states. Eight deaths resulted from the forces of the storm - seven in the United States and one in the Bahamas. U.S. damage is estimated to be near $8.9 billion, over 90% of which occurred in Florida."

Dorian, meanwhile, has had its top sustained winds dip to 120 mph (193 kph), making it a Category 3 hurricane as of Tuesday morning, but forecasters said it remained almost stationary. The Associated Press reports Doridan was centered 25 miles (40 kilometers) northeast of Freeport on Tuesday morning -- about the same distance from the city as at 9 a.m. Monday. Hurricane-force winds extended out as far as 45 mph (75 kilometers) in some directions, the AP reports.

Read more: A history of strong hurricanes in Florida -- from Great Miami to Andrew and Wilma 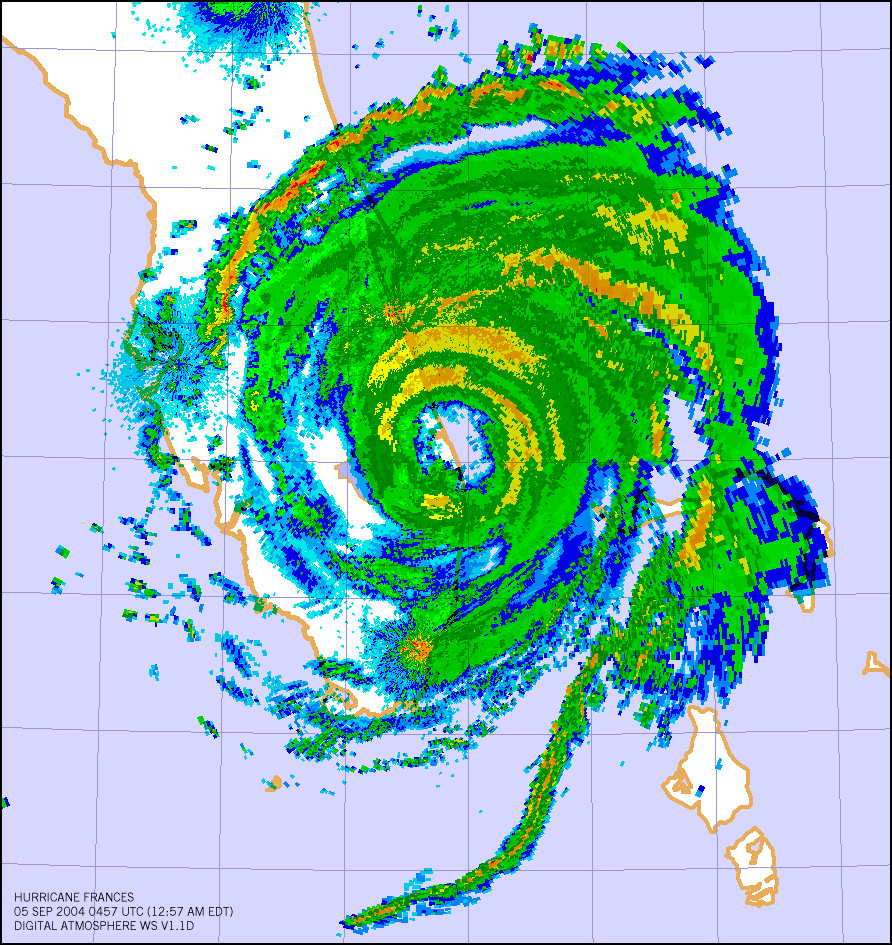