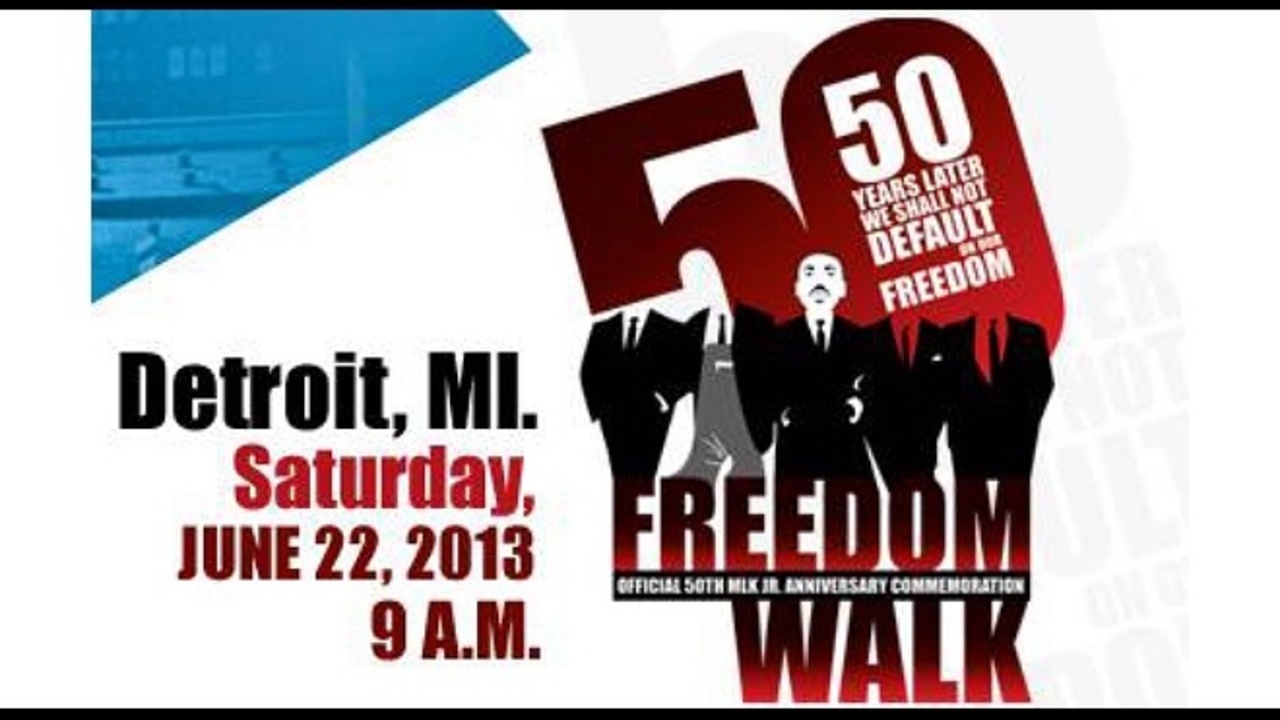 Thousands of people are taking part in a Detroit march commemorating the 50th anniversary of one made in 1963 by Martin Luther King Jr.

The walk kicked off Saturday morning at Forest and Woodward Avenue and is proceeding down Woodward to a riverfront rally at Hart Plaza.

Event organizers said this year, the march's theme is "We Shall Not Default on Our Dreams."

The civil rights icon visited Detroit on June 23, 1963, to lead tens of thousands in a freedom walk and also previewed his "I Have a Dream" speech.

Mayor Dave Bing and the Revs. Jesse Jackson and Al Sharpton are among those participating in Saturday's march and rally.

Detroit NAACP President Wendell Anthony said the march "signifies that the work for freedom and justice must continue" in Detroit and worldwide. Civil rights groups said events scheduled around the march will focus on job creation, violence and the civil rights issues of today.

The march started at 9 a.m. on Woodward Avenue at Forest Avenue, and is expected to finish at Hart Plaza.

A rally will commence at the end of the march. Click here for more info about the event.