Which Spielberg is the best Spielberg?

Steven Spielberg has had a long and successful directing career that started with shorts all the way back in 1959. Over his career he has produced everything from classic kid’s movies to some of the best adult dramas to ever hit the silver screen. We have been debating what part of his career stands out as his best era. We split his filmography into four roughly 10-year periods starting with his first major success, “Jaws” in 1974.

Four people from the Film Challenge Detroit team- Brandon, Jake, Josh, and Ron-- weighed in on the subject. Check it out and join the debate down in the comments section!

In my personal opinion the best section of Spielberg’s career is part 1, 1974-1984. For me it’s as simple as “Jaws,” and “E.T.” each were my favorite movie at one time when I was a child. We also get “Close Encounters” and the first two Indiana Jones movies. I could make an argument for the first 3 parts of his career because he is who he is, but we would need a bigger boat for that.

I am sure that Brando will try and prove that the best section of his career is part 2 and I can understand that, but there is no way that you can pick parts 3, or 4. Part 3 or the “Tom Hanks” era has one of my all-time favorite movies in “Saving Private Ryan” and “Munich” was great. Beyond that there are a couple of movies that should be thrown in the landfill along with the “ET” game for Atari: “War of the Worlds,” “The Lost World,” and “A.I.” 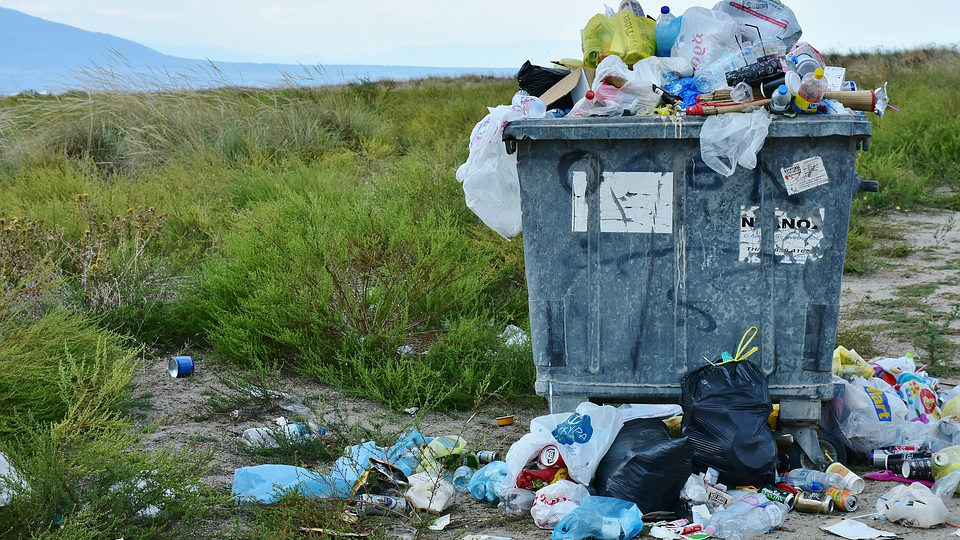 Josh is totally off base, as is tradition.  Every other era of Stevie Spiels’ career is brought down by at least one infamously MASSIVE clunker. Early in his profession, riding high after the success of “Jaws” and “Close Encounters,” the comedy flop “1941” is arguably one of the biggest missteps in his career save for maybe “Kingdom of the Crystal Skull.” And between 1997 & 2005 his otherwise strong showing is triple-torpedoed by “The Lost World: Jurassic Park” (Though I do love having more Dr. Malcom in my life.), “A.I. Artificial Intelligence,” and “War of the Worlds.” These films made money, but at what cost to humanity?

This leaves only one era when The Spielmeister was consistently on point. From 1985 to 1993 he churned out hit after hit. “The Color Purple” is studied in film classes to this day. “The Last Crusade” teamed up Ford & Connery and featured more modes of transportation than I can count (I run out of fingers and toes.) “Hook” is a bangarang childhood classic starring Robin Williams at his peak. “Jurassic Park” was the first movie I think my mom actually came to the theater to see with us. Plus this is the film we have to thank for the existence of this statue. 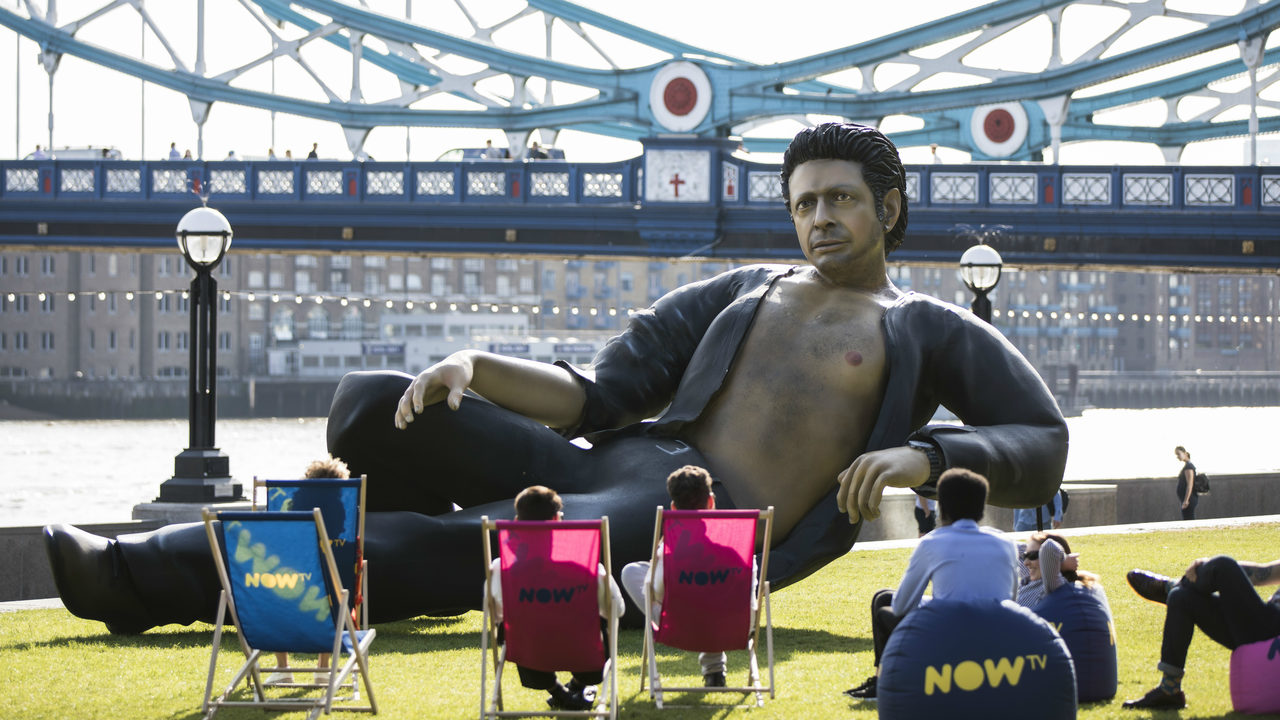 To top off the whole cinema sundae, “Shindler’s List” won best picture!  On the downside, “Empire of the Sun” and “Always” didn’t stick in a lot of people’s memories, but the former is widely considered an underrated classic, and the latter still pulls a 65% on The Tomatometer. I rest my case.

My knee jerk is to go with the first part of his career but I think I am going to go with part 3. It starts off with a clunker because “The Lost World” just comes off as an uninspired cash grab that never captures the magic of the original.  But then you have gems like “Saving Private Ryan,” possibly the greatest war film ever made with the strongest and most gut wrenching openings in film history.

Similar to the opening of this podcast, available on iTunes amd Stitcher.

Don't you judge me.

He then has a very experimental phase with “Minority Report,” “A.I.,” “War of the Worlds” and “Munich” pushing a gritty and dirty look that was a unique departure for the director which still has the quintessential sun flares Spielberg loves so much.

Steven Spielberg has made easily a dozen classic movies, and zero of them appear in my selected decade. Is it because everybody else selected first? No. As a matter of fact when we discussed this article I did a quick IMDB of Steven Spielberg, and what I saw made me immediately jump to this particular decade. 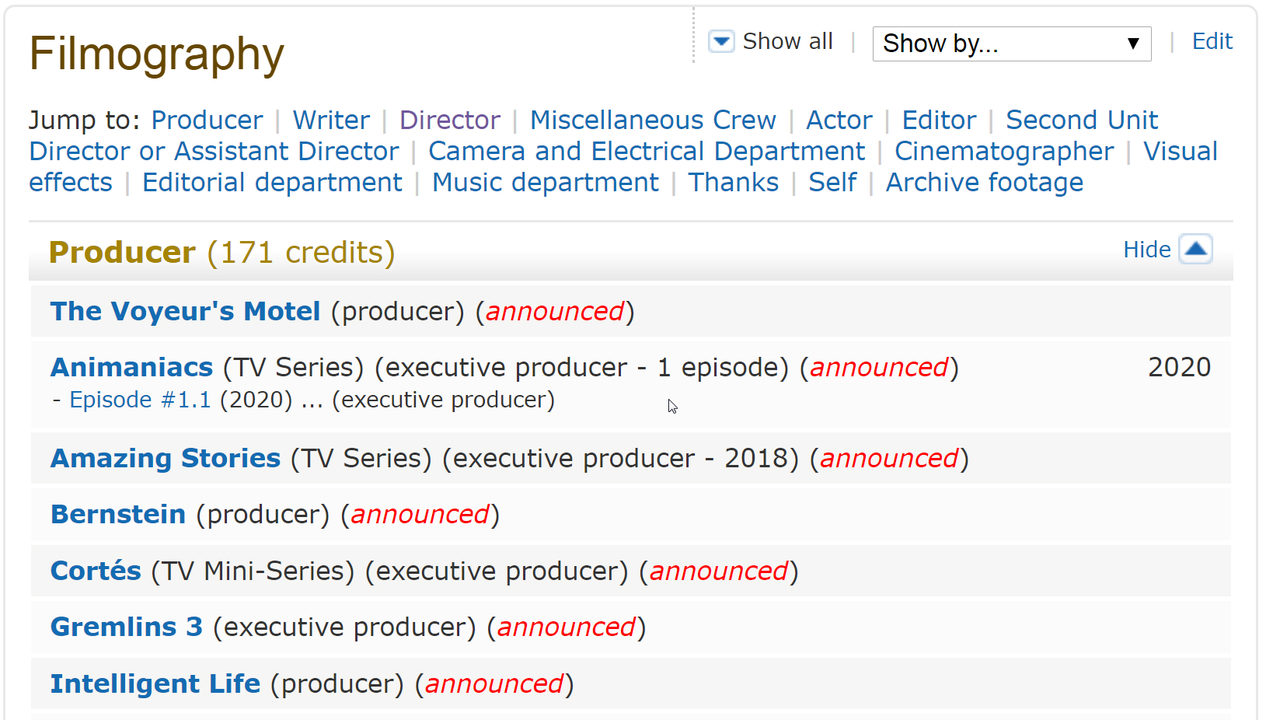 How far ahead do you schedule your work?

At the age of 72 Steven Spielberg is not only still working in the industry he's been in since he was 20-- he's still making quality projects. It's a safe bet to say that  "Animaniacs" will be good, he's directed "The Post," "Ready Player One," "Bridge of Spies" and "Lincoln" all within the last ten years, and it's worth noting that these films continue to be not only financially successful but also extremely varied in genre.

If my point isn't clear then picture this: Michael Jordan was still pretty good at basketball at age 40 and we lost our minds. The oldest soccer player ever is Kazuyoshi Miura, and he's currently still making headlines for playing at 51. Pretty impressive. Now add two decades on to that.

Now imagine neither of those players had lost a step.

Steven Spielberg has always had a packed schedule full of movies from so many genres that it would be silly to try to argue that his success comes from anywhere but his own raw talent. He's done this in the 70's, 80's, 90's and the 2000's just as much as today. And today, he's doing it just as well as- or arguably pretty close to- when he was in his prime.

This means, in my opinion, that every day Steven Spielberg wakes up and goes to work he's breaking the record for longest running successful career as a director. Not only is this the best decade of Spielberg's career, every day it gets better just by not getting worse.