Can you get the COVID vaccine if you’re on blood thinners? Is the J&J vaccine a ‘live’ vaccine?

Published: April 11, 2018, 3:07 pm
Tags:
1d4 Weird
,
1d4
,
Entertainment
1d4 is the casual side of ClickOnDetroit. If you enjoy the content below, you can see new articles every day on clickondetroit.com/1d4 ! If you have a moment, check 1d4 out on Facebook and Twitter .

It's hard to imagine it now, but there was once another dominating species that shared the planet with us. As we emerged out of Africa into Europe, we came into contact with Neanderthals; our larger, equally intelligent cousins.

We've found plenty of fossil evidence of these people, but surprisingly we still don't know with certainty some pretty basic things. Using logic however, we may be able to fill in some of these details.

Not entirely like us
There's one major factor to be taken into account to understand that what Neanderthals looked like; we bred with them. The majority of humans that are not from sub-Saharan Africa get 1-2% of their DNA from Neanderthals, and it is not necesarrily the same DNA, meaning that interbreeding between the two factions was common. Using what we know of human behavior, we can then assume that they looked basically like us; enough at least that there was sexual attraction. 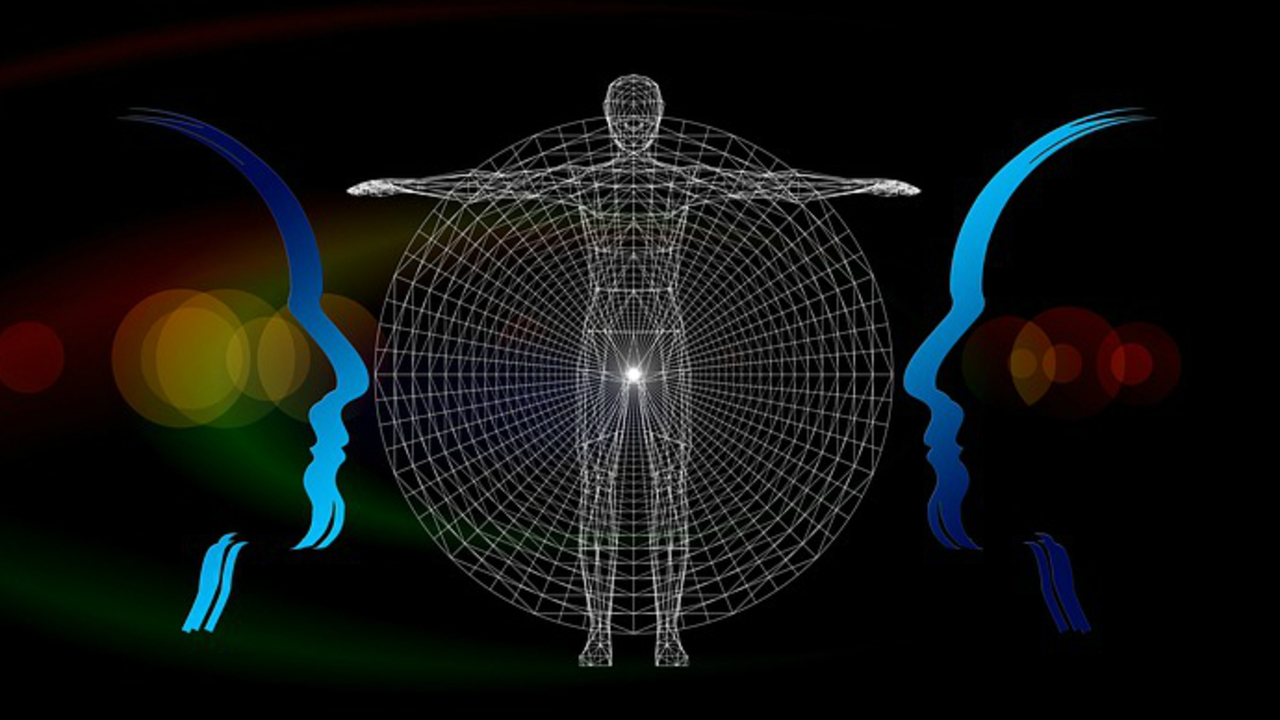 But looking basically like us leaves a lot to interperate. Bear in mind that the "sexy aliens" in both "Star Wars" and "Mass Effect" have tentacles instead of hair. The point is we can be attracted to a broad spectrum of things, and from what we know of Neanderthals they had some pretty major differences.

They were stockier, with thicker bones and flatter heads. Their forearms and lower legs were shorter. Their brow was more pronounced, and their ribs did not taper inward like ours, but rather continued to flare out, meaning they had no curve at their waist. 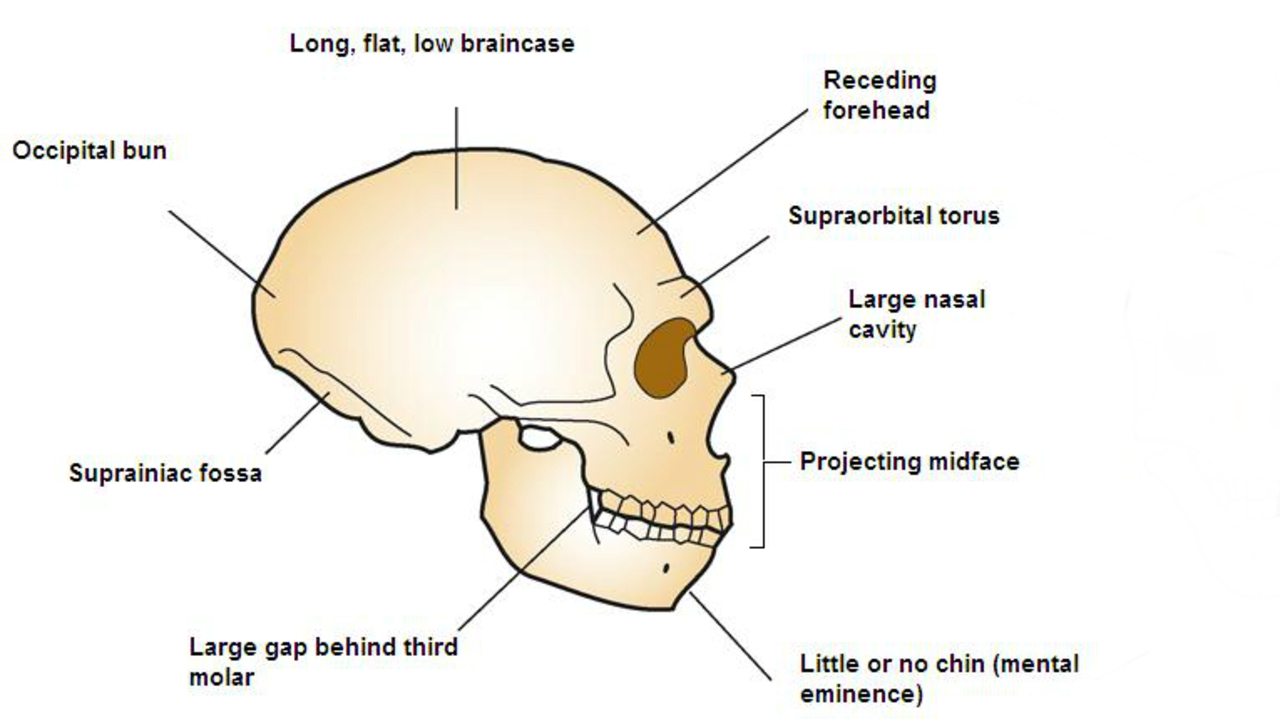 This shape would have made a significant difference in how they appeared, of course. It is also believed that they had larger, flatter noses. And that pronounced brow wasn't just facial muscle; the actual orbital bones - the bone structure around the eyes- was much thicker than ours.

In comparison to other primates this isn't as drastic, of course, but it dips into that 'uncanny valley' we have with mannequins and other human-shaped things. There are enough similarities that the differences would seem glaring.

They may have had fur, or the males may have carried the young
File this under a likely coincidence but both Neanderthals and chimpanzees have ridges on their finger bones that stem from the way they clutch their parent's fur as infants. Homo sapien sapiens do not have those ridges. That fact, as well as the fact that Neandethals were living in cold weather conditions, makes it a distinct possibility that they were fur covered, or at least had very different hair patterns than we did.

Another possibility for the ridges in the finger bones is that the infants could have been carried by the males for much of the time. Considering that they were mammals and therefore breastfed their young this doesn't seem practical on the surface, but it may have been another adaptation to their harsh living conditions. If they needed to flee quickly, or if the women were occupied frequently with some vital task, Neanderthal children could have clung to their father's beards for safety and comfort.

They had very simple clothing, if any
As a young man reading about Neanderthals this was hardest for me to believe considering the conditions in which they lived, but it's fact; there is no evidence that Neanderthals made clothing as we know it. No bone needles, awls, or any of the tools you would need to stitch together clothing. They did have hide scrapers, but analysis shows that these scrapers were only used for the initial phase of hide preparation and not the more advanced stages of clothing preparation. 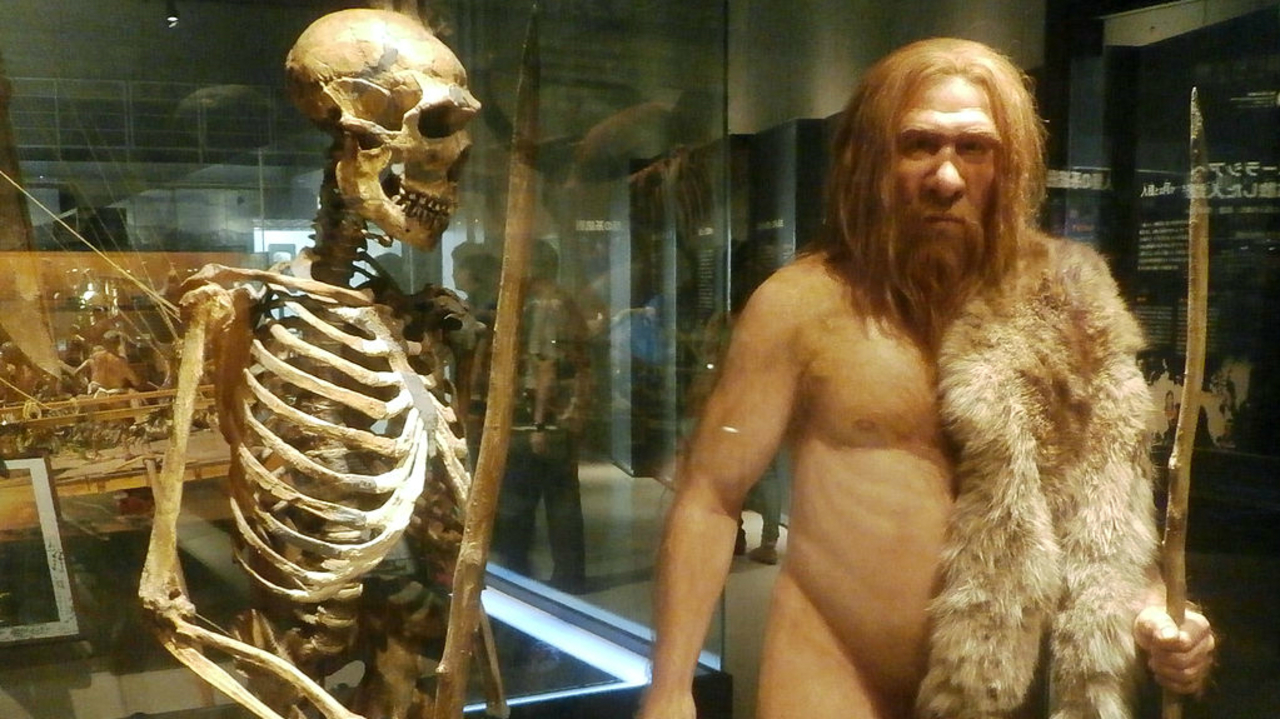 That leaves us with a few possibilities; either we have been extremely unlucky in finding their tools, they used tools made out of materials that have since biodegraded (though this would mean they were at a technological level beyond what other evidence suggests), or they had extremely simple (if any) clothing. We're talking 'single hide wrapped around the shoulders' simple.

The latter is the most likely case given the evidence. This actually supports the theory that they were fur covered, or at least much hairier than we tend to imagine. It is worth noting; that stocky build of theirs may have been a big help in keeping warm as well.

The final picture
Neanderthals definitely had elongated heads with large brows. They also definitely had stockier builds with shorter forelimbs. It is likely that they did not wear clothes, or what they wore to keep warm were closer to fur blankets than actual garments as we imagine them. There is also a significant chance that they were hairier than modern humans.

Jake writes for 1d4 here on clickondetroit, and is also a funny man on twitter and facebook.