Published: June 20, 2018 3:45 pm
Tags: 1d4 Screen, Entertainment, 1d4
1d4 is the casual side of ClickOnDetroit. If you enjoy the content below, you can see new articles every day on clickondetroit.com/1d4 ! If you have a moment, check 1d4 out on Facebook and Twitter .

It's Bruce Campbell week at 1d4, where we will count down our favorite roles of the iconic Royal Oak actor, producer, writer, director and comedian as we approach his birthday on Friday. He will turn 60-years-old. Today, Jake sets aside his handsomeness jealousy to remember one of his favorite Bruce Campbell roles.

Actor Bruce Campbell, producer Robert Tapert, and director Sam Raimi were childhood friends, college collaborators, got their start in show business together, and worked together at various times throughout their whole careers. So when Sam Raimi got the green light to produce a television show called "Hercules: The Legendary Journeys" along with Robert Tapert I wasn't at all surprised to see a recognizably handsome chin show up in season 2. 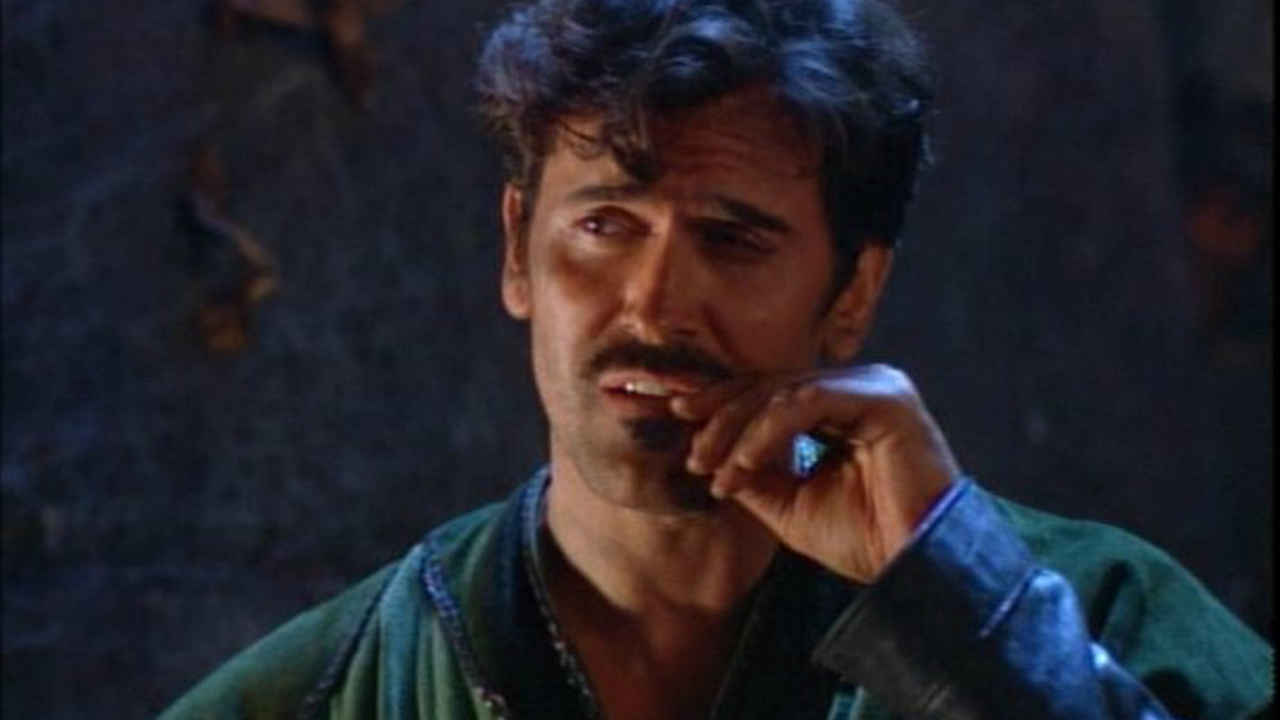 A chin belonging to THIS guy!

Bruce Campbell played 'Autolycus, King of Thieves'. His character was clever, underhanded, charming, and sweet. The reception for Autolycus was so popular that when Robert Tapert headed the spinoff series 'Xena: Warrior Princes' Autolycus was brought back to charm a whole new crowd.

This is Bruce Campbell at his smarmiest. The man was born to play anti-heroes, and for a few wonderful years in the 90's he hung out in New Zeland (where both shows were filmed) filming a show with his two childhood buddies.

Also, he got to hang around Lucy Lawless, so, we're pretty jealous of that. Or we WERE, until our own Michelle Oliver got to meet her! What's up now, Campbell!?