Suspect connected to 6 Metro Detroit homicides on the run

Well, we decided to have a little fun. What better way to unite us all than music? We launched a Classic Rock Bracket, in hopes of deciding who Metro Detroiters call the best classic rock act ever.

We made it to the final four acts last week: The Beatles, The Rolling Stones, Led Zeppelin and Van Halen.

It was a tough choice and a close battle, but one band prevailed. Here are the final results: 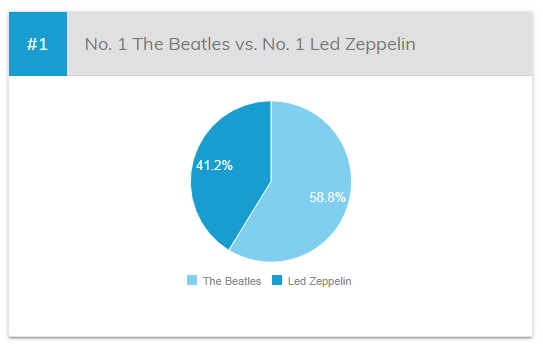 It's probably no surprise to anyone that The Beatles won, but it was a bit closer than we expected.

So, congrats to The Beatles, as if they needed another trophy on the mantle!