Garland, 63, is the chief justice for the United States Court of Appeals for the District of Columbia Circuit, a court whose influence over federal policy and national security matters has made it a proving ground for potential Supreme Court justices.

He would replace conservative, Justice Antonin Scalia, who died unexpectedly last month, leaving behind a bitter election-year fight over the future of the court.

Obama, joined by Garland, announced the nomination during a news conference Wednesday morning in the White House Rose Garden. Obama called Garland, a long-time jurist and former prosecutor, "one of America's sharpest legal minds" and deserving of a full hearing and Senate confirmation vote. Republican

"This is the greatest moment of my life," Garland said.

Garland was confirmed to the D.C. Circuit in 1997 with backing from a majority in both parties, including seven current Republicans senators. Garland supervised Justice Department investigations into the 1995 Oklahoma City bombing and Unabomber Ted Kaczynski. 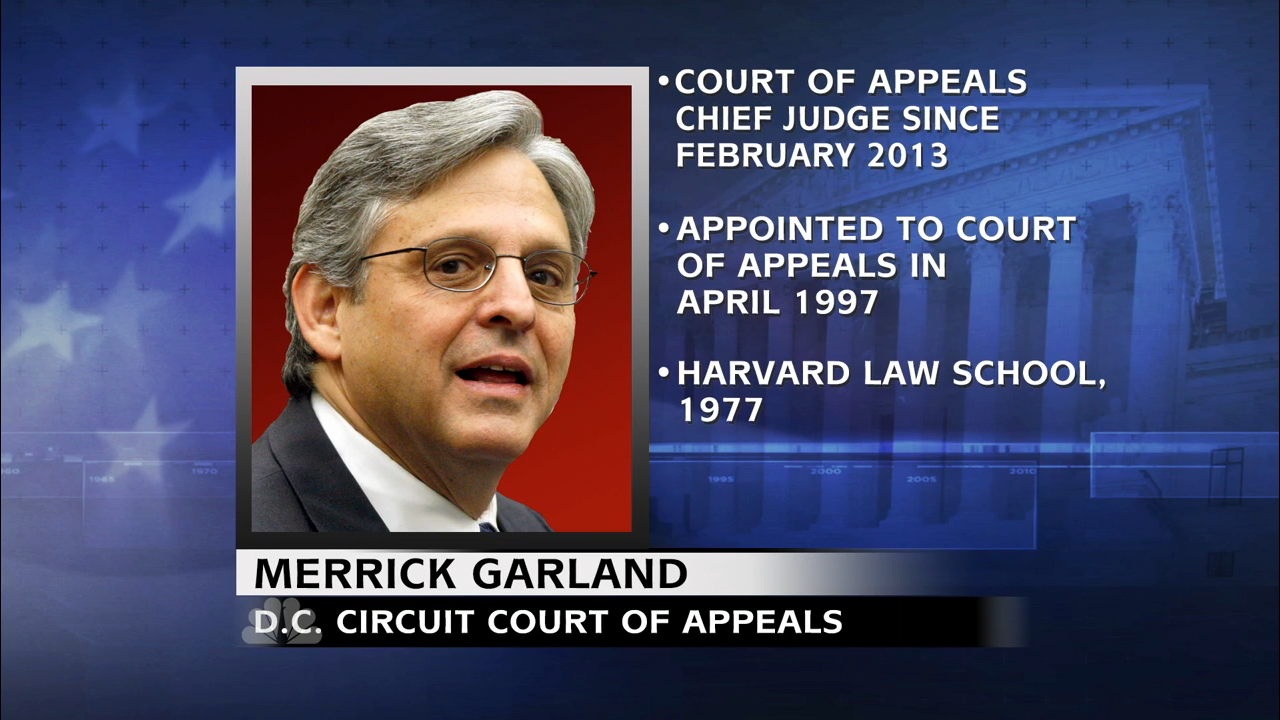 The president sent an early morning email to supporters, saying he had devoted a "considerable amount of time and deliberation to this decision" and consulted with outside experts and groups.

"In putting forward a nominee today, I am fulfilling my constitutional duty. I'm doing my job," Obama wrote. "I hope that our senators will do their jobs, and move quickly to consider my nominee."

That will be a hard sell because Republicans control the Senate, which must confirm any nominee, and GOP leaders want to leave the choice to the next president, denying Obama a chance to alter the ideological balance of the court before he leaves office next January. Republicans contend that a confirmation fight in an election year would be too politicized.

Ahead of Obama's announcement, the Republican Party set up a task force that will orchestrate attack ads, petitions and media outreach. The aim is to bolster Senate Republicans' strategy of denying consideration of Obama's nominee. The party's chairman, Reince Priebus, described it as the GOP's most comprehensive judicial response effort ever.

On the other side, Obama allies have been drafted to run a Democratic effort that will involve liberal groups that hope an Obama nominee could pull the high court's ideological balance to the left. The effort would target states where activists believe Republicans will feel political heat for opposing hearings once Obama announced his nominee.

In his email, Obama said his nominee will be "eminently qualified" to sit on the nation's highest court. He said the nominee would understand the limits of the judiciary's role and "grasps the way it affects the daily reality of people's lives in a big, complicated democracy, and in rapidly changing times."

Obama said the White House had "reached out to every member of the Senate, who each have a responsibility to do their job and take this nomination just as seriously."

The president told supporters his nominee "deserves a fair hearing, and an up-or-down vote."

Obama reportedly had narrowed the list of nominees to three appeals court judges:

The White House said the last time the Senate refused to vote on a president's Supreme Court nominee was in 1875.