Plan would create network between University of Michigan, Wayne State

In 2018, the first commuter express lines would open connecting Ann Arbor to Canton Township and Livonia, offering students the opportunity to head home for the weekends.

The big news is a commuter rail linking Ann Arbor to Detroit, with stops planned in Ypsilanti, Wayne and Dearborn, expected to be complete in 2022. The new regional rail will give students an easy way of coming downtown and provides alumni with an efficient way of heading to games at the Big House.

“You have millennials on one end of the spectrum that don’t want a car, they don’t want the insurance, and they want to have freedom of mobility. You’ve got elder and disabled and the others who want to have that independence,” said RTA CEO Michael Ford. “We have kind of two bookends and then everything else in the middle and in order for us to be thriving, I mean there’s a lot of development happening, but transportation needs to be improved in this region.”

Voters will be asked to consider the $1.2 million property tax increase on Nov. 8.

Details: RTA transit plan: How much will it cost you?

View a large version of the proposed plan map here. 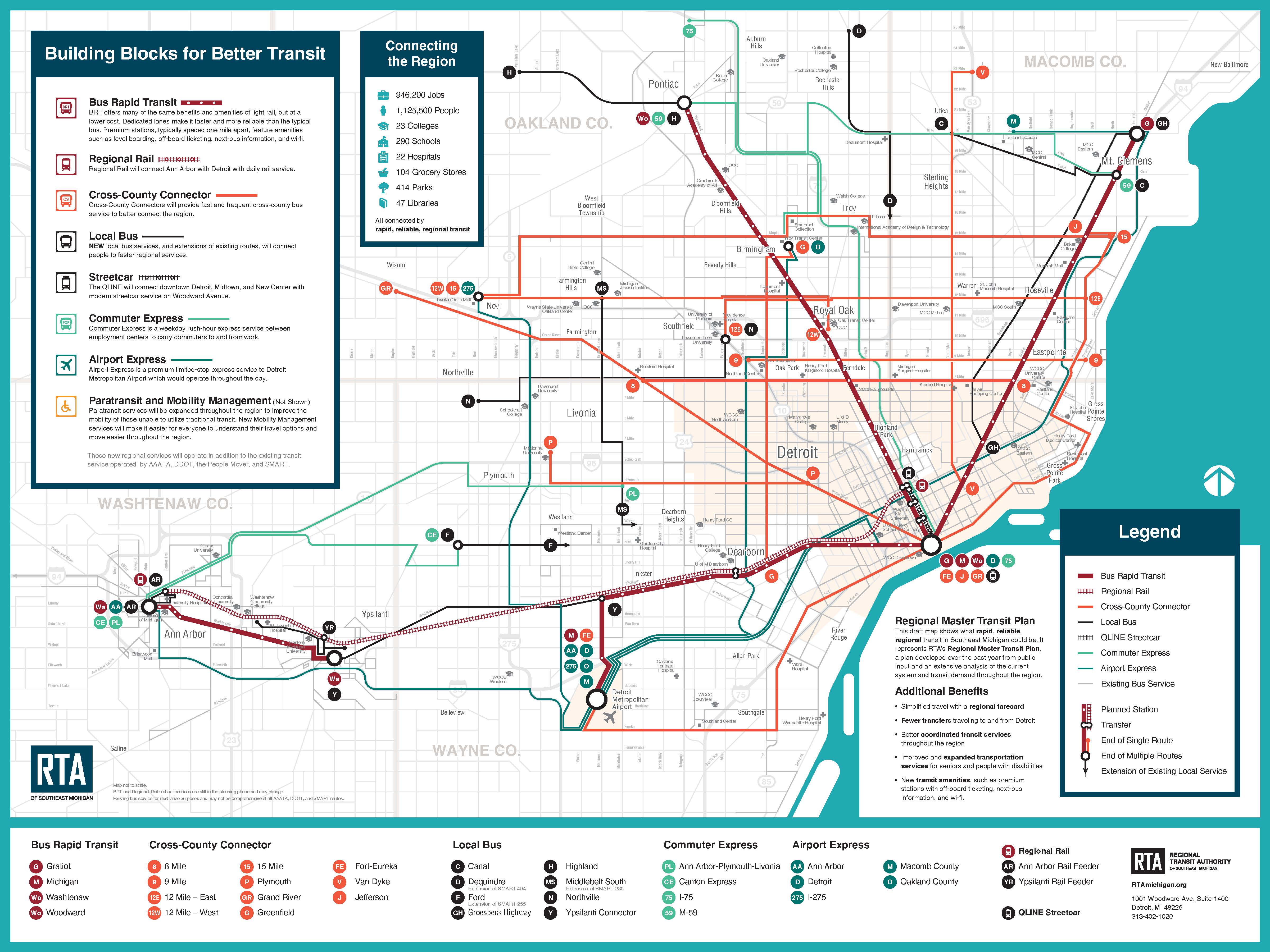