Michigan State Police investigate shooting at I-96 and Greenfield Road

DETROIT – Video from a Marathon gas station on Detroit's east side shows the moments before 22-year-old Javon Perry was gunned down Thursday morning in the middle of Gratiot Avenue.

Perry stopped for gas just after midnight at the station on Gratiot Avenue at Eastburn. He was approached by at least two men. The video shows Perry backing up when the first man started to walk toward him.

READ MORE: 22-year-old man shot, killed while stopping to get gas on Detroit's east side

A second man in a bright colored jacket then approaches him. Perry backs away off screen and is followed by both men.

This video shows the moments before Perry was shot:

One of the men is shown on the video pulling out a handgun. Perry ultimately was shot and killed as he ran away into Gratiot Avenue.

The armed man is described as a black man with a light complexion. He was wearing a black hoodie and a cap on backwards with a red logo.

Detroit police said these men are considered armed and dangerous. Police have not said what a motive might have been. Right now they are focused on catching these suspects.

This next video shows the men inside the gas station, police said. Take a close look:

The suspects were driving this gold Buick: 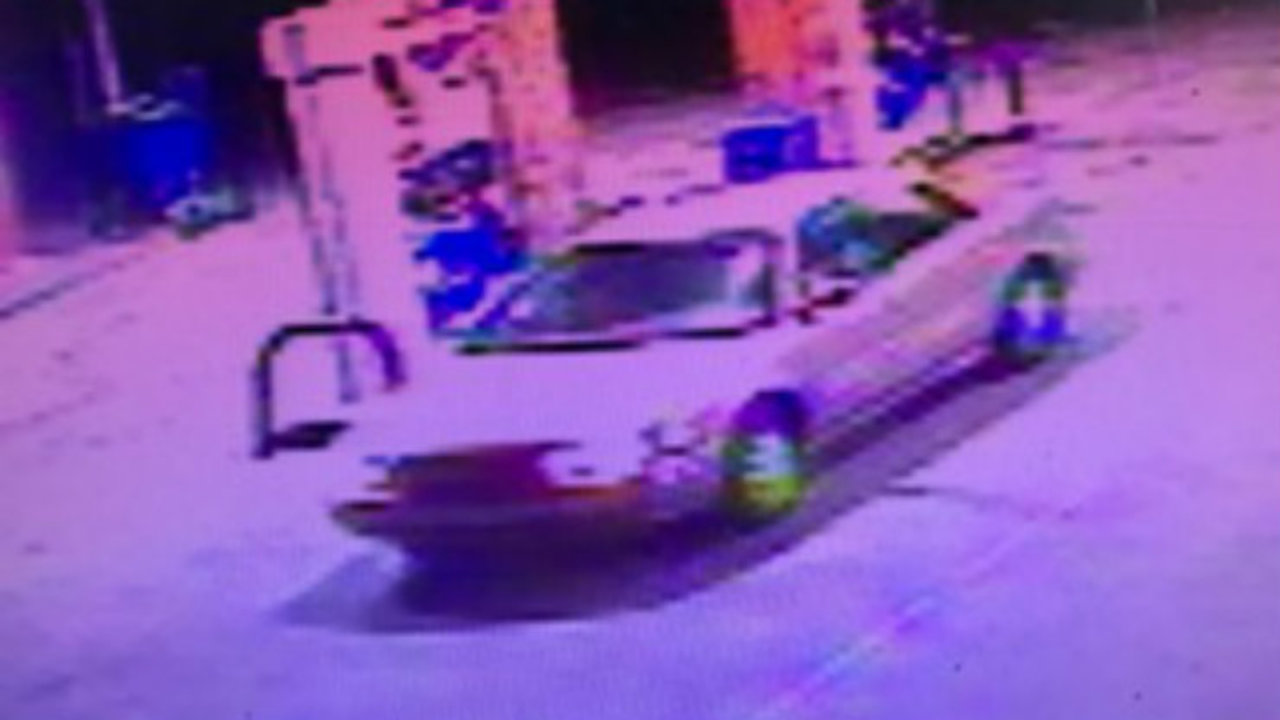 Perry has a young daughter and is remembered by family members as a hard worker who earned everything he had, including his Cadillac.