Why was woman who delivered baby behind bars sent back to Macomb County Jail after birth?

MACOMB COUNTY, Mich. – The Local 4 Defenders have learned why a woman was sent back to jail and separated from her baby after she was forced to give birth on a dirty floor mat at the Macomb County Jail.

Jessica Preston was pulled over, because she had a rosary hanging from her rearview mirror. The officer said the cross and beads were an obstruction of view.

Preston was driving on a suspended license, which was taken, because she failed to pay a speeding ticket. At eight months pregnant, she was arrested and sent to see a judge.

Why did Judge Suzanne Faunce give Preston a $10,000 bond and send her to jail for 14 days?

The judge can't comment, but the court administrator said the judge looked not only at the current charge but all of Preston's previous court history. In the past, Preston had a record of drug abuse and outstanding warrants for failing to appear in court.

The administrator said the judge felt it was in the baby's and the mother's best interests to be locked up and never imagined Preston wouldn't be taken to a hospital if she went into labor behind bars.

Preston said it was the most terrifying day of her life, when she was forced to give birth to her son on the floor of a cell at the Macomb County Jail.

"I wouldn't want that happening to my worst enemy, anybody else, and that's why I am telling this story," Preston said. "I would never want it happening to anyone ever again." 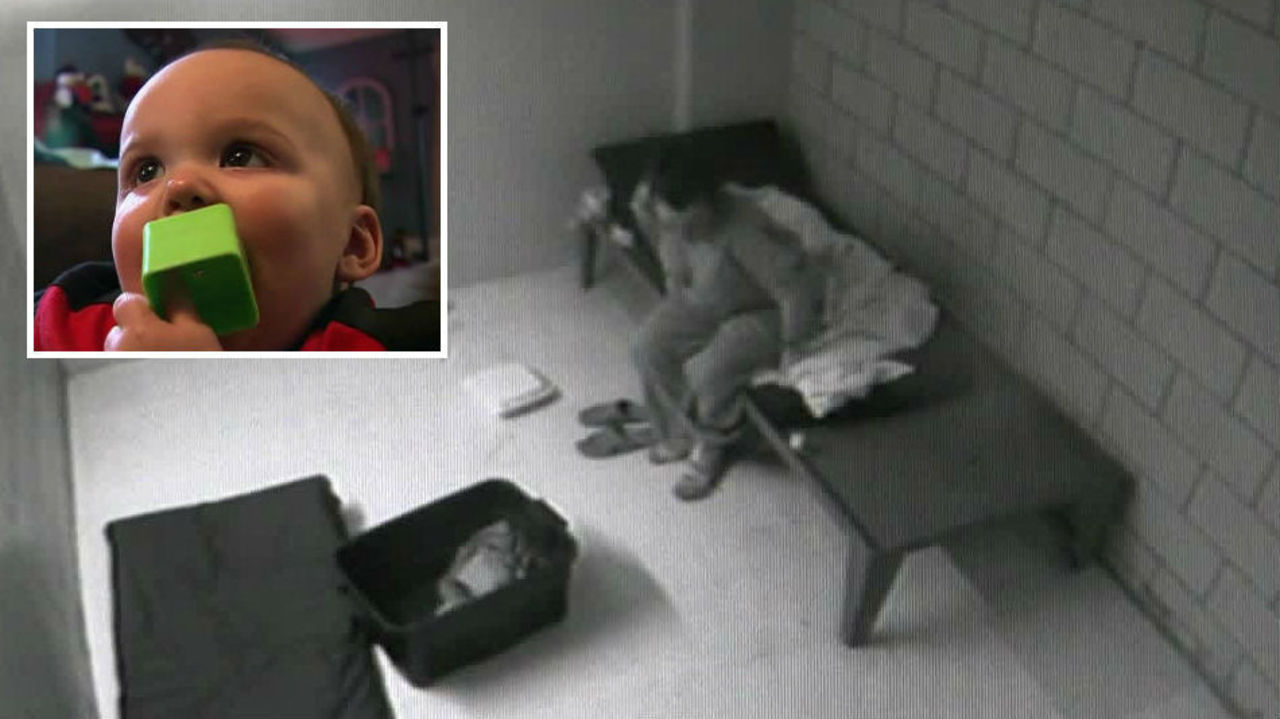 Elijha was born on a dirty floor mat in a cell at the Macomb County Jail.

It was a dangerous delivery that never would have happened if jail medical staff members would have taken Preston to the hospital. Preston told the staff three times that she was having her baby, but they didn't believe her and made her go back to her cell.

"They still didn't want to call an ambulance, even though I was bleeding at the time," Preston said. "I'm in total shock. I can't believe I just had my son a month early on a dirty jail cell floor."

Elijha weighed less than 5 pounds when he was born. He was supposed to be delivered by caesarean section, but only after the birth did Preston and Elijha go to the hospital.

Two and a half days later, Elijha went home with his father, and Preston went back to jail to finish her 14-day sentence.

"It was horrible being separated from my baby," Preston said. "I wasn't able to breastfeed. I mean, he was so tiny, so little when he was first born that it was ... agonizing."

FULL INTERVIEW: Preston describes being forced to give birth at Macomb County Jail

The decision to send Preston back to jail was made by Judge Matthew Sabaugh, who had no comment on the ruling. He has access to Preston's entire court file, but she said no matter the reason for incarceration, everyone deserves to be treated in a medical emergency.

"They lack any sort of human decency," Preston said. "Someone just needs to be able to take responsibility and at some point say, 'OK, enough is enough.'"

Officials have an explanation for why Preston was sent to jail, but there's still no explanation as to why the medical staff members refused to take her to the hospital on three separate occasions. It might take a state or federal investigation to find answers.

Macomb County Sheriff Anthony Wickersham has refused to sit down for an interview about the incident.