Morning 4: Danielle Stislicki disappeared 6 years ago: Latest on her murder case -- and other news

Rock thrown from overpass kills man on I-75 in Michigan; homicide investigation underway

VIENNA TOWNSHIP, Mich. – Genesee County Sheriff's deputies are investigating after a man was killed Wednesday night when a large rock was thrown off an I-75 overpass and through his windshield.

Authorities are treating this as a potential homicide, according to NBC affiliate WEYI.

The investigation on I-75 in Vienna Township closed down southbound lanes of the interstate for several hours. Authorities said a vehicle traveling south on I-75 was struck by a large rock that passed through the windshield, fatally wounding the passenger. The 32-year-old Genesee County resident was pronounced dead at the hospital.

He has been identified as Kenneth Andrew White, of Mount Morris Township.

Authorities said four other cars were struck with large rocks and were waiting for police to arrive when the fatal incident occurred.

Here is a look at the damage to White's windshield: 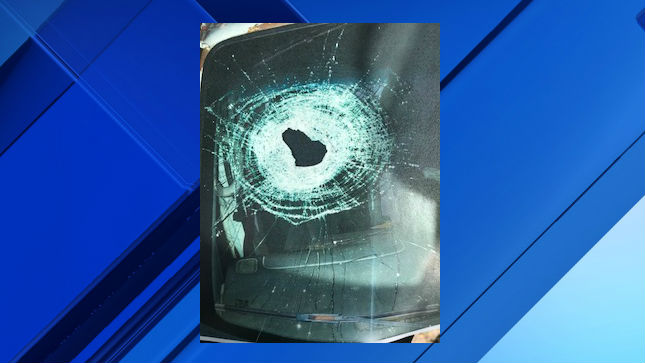 No other injuries were reported.

Anyone with information about this incident, including any suspicious activities, dash cam footage or home surveillance footage in that area between 7 p.m. and 8:30 p.m., is asked to call the Office of Genesee County Sheriff at 810-257-3422 or anonymously at Crime Stoppers 1-800-422-JAIL.

RELATED: Charges dropped against teens arrested for throwing rocks at cars on I-696 in Warren

Click here to visit the GoFundMe page for White.

Local 4 Defender Shawn Ley is an Emmy award-winning journalist who has been with Local 4 News for more than a decade.