Join Jason Carr Live every weekday from 8 a.m. to 9:45 a.m., streaming on Local 4+ and ClickOnDetroit.

Man charged with 7 felonies after string of thefts, break-ins across Oakland County

‘Would you be willing to bait someone for me?’: Westland man pays for nude photos of teen boys

Shot fired after man follows car that rear-ended him on I-94, pulls up to yell at other driver

Start checking trees for signs of Asian longhorned beetles: What they are, why they’re a threat

Beetle has not been found in Michigan yet

Environmental officials want you to start checking your trees for adult Asian longhorned beetles because the invasive beetle starts to emerge this month.

Checking for the beetle and the damage it leaves behind is one way you can protect trees and fight an invasive species. Michigan environmental officials are asking residents to take 10 minutes this month to check trees around their homes.

What is the Asian longhorned beetle (ALB)?

It’s an invasive wood-boring beetle that attacks 12 types of hardwood trees, including maples, elms, horse chestnuts, birches and willows. It doesn’t have any predators or diseases to keep the population down.

When it’s in its larval stage, it feeds inside tree trunks and branches during the colder months. It creates tunnels as it feeds and then chews its way out as an adult in the warmer months.

Trees that have been invested will not survive.

“We’re asking for the public’s help to find Asian longhorned beetle and any tree damage it causes, because the sooner we know where the insect is, the sooner we can stop its spread,” said Josie Ryan, the USDA Animal and Plant Health Inspection Service’s national operations manager for the ALB Eradication Program. “Five of the 15 known infestation sites in the U.S. were detected and reported by alert residents, including the most recent discovery in Hollywood, South Carolina. This shows how critical public participation can be.”

Read: Spotted lanternfly ‘could reach Michigan at any time’: What to know about this invasive species

What to look for when checking for Asian longhorned beetles 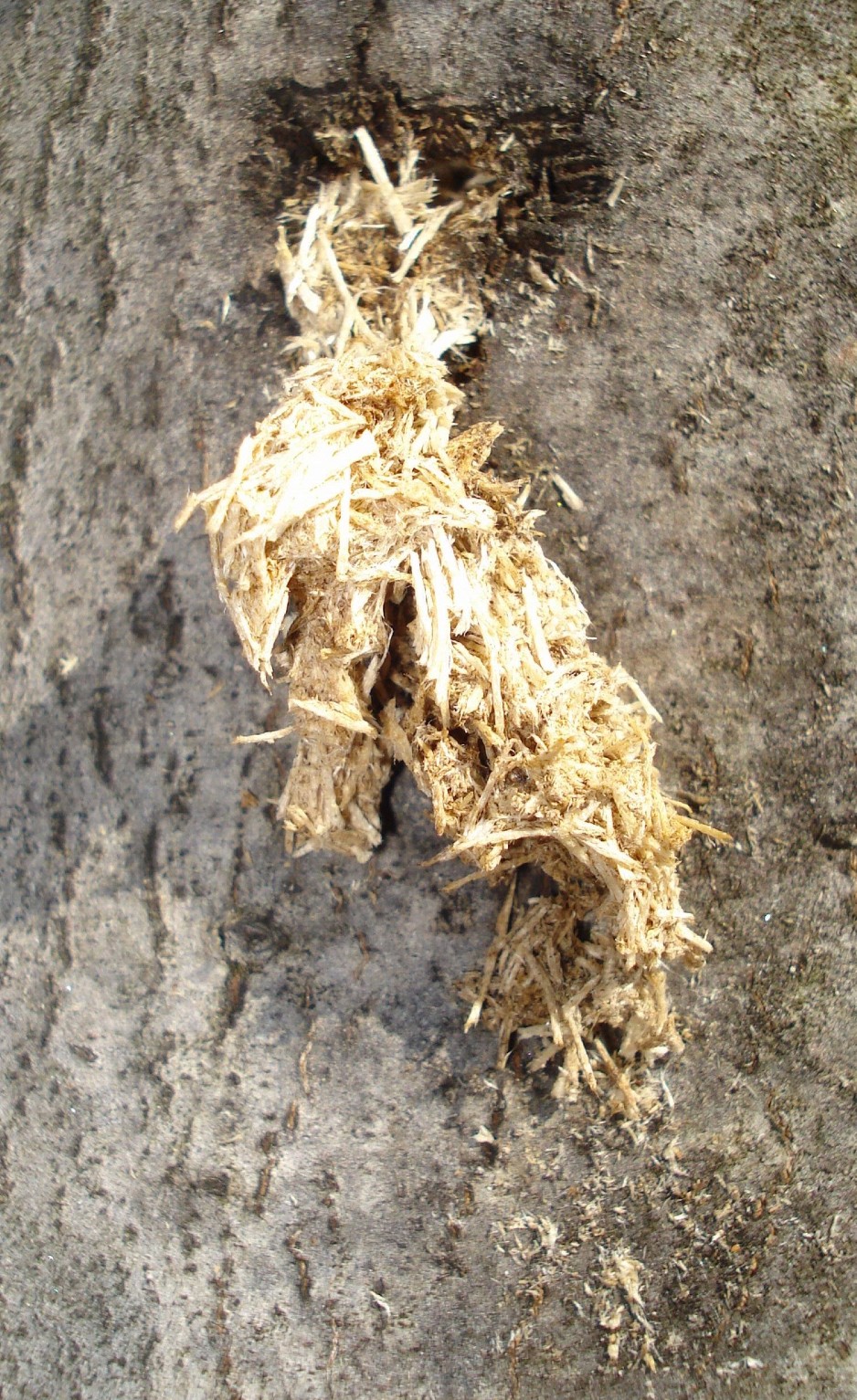 Asian longhorned beetles have not yet been discovered in Michigan, but environmental officials want residents to keep an eye out.

If infestations are discovered early, it can prevent widespread damage to forests, urban landscapes and maple syrup production.

Look for the following signs when you’re outside:

Adult Asian longhorned beetles are large and range from 3/4 to 1 1/2 inches in length. That doesn’t include their long antennae. They are shiny black and have random white blotches, or spots.

Their antennae have alternating black and white segments. They have six legs that can be black or partly blue, with blue coloration -- sometimes extending to their feet.

There are a few beetles and bugs that are native to Michigan but can be mistaken for the Asian longhorned beetle:

What to do if you find an Asian longhorned beetle

If you find an Asian longhorned beetle or a tree that appears to have been damaged by it, you should report it.

If you can, catch the beetle and keep it in a jar. Take note of the location and send the information with the USDA or contact MDARD at 800-292-3939 or MDA-info@Michigan.gov.