Shopper attacks Oakland County cashier who told her she had too many items for self-checkout, cops say

Family says bird must have grabbed dog, then dropped him

SOUTHFIELD, Mich. – Folks in this Southfield neighborhood love living near the woods.

They enjoy all the nature that goes with it. However, now it appears they may be facing a threat from a place they never thought to look: the sky.

The victim is Benny. He's an 11-year-old dog weighing about 12 pounds. On Sunday night, Benny was out in his backyard -- just doing what dogs do -- when a big hawk swooped down from the sky.

"The hawk actually picked him up, based upon the scars on his body, he was picked up. And I guess he must have fought and the hawk dropped him, and that's how he busted his mouth and was found unconscious," said Carmen Johnson.

The family has lived near the woodsy area for years. They have always shared the space with nature.

"We've had coyote issues the entire time I have been here. So we've always been on alert for coyotes. But we've never, ever thought that we would have a predator from the sky," said Johnson.

There were no hawks out on Monday. However, there was a noticeable hawk's nest high up in one tree.

As for Benny, he suffered a half dozen puncture wounds, bruises and a fractured jaw. He's a tough dog and he is expected to recover. 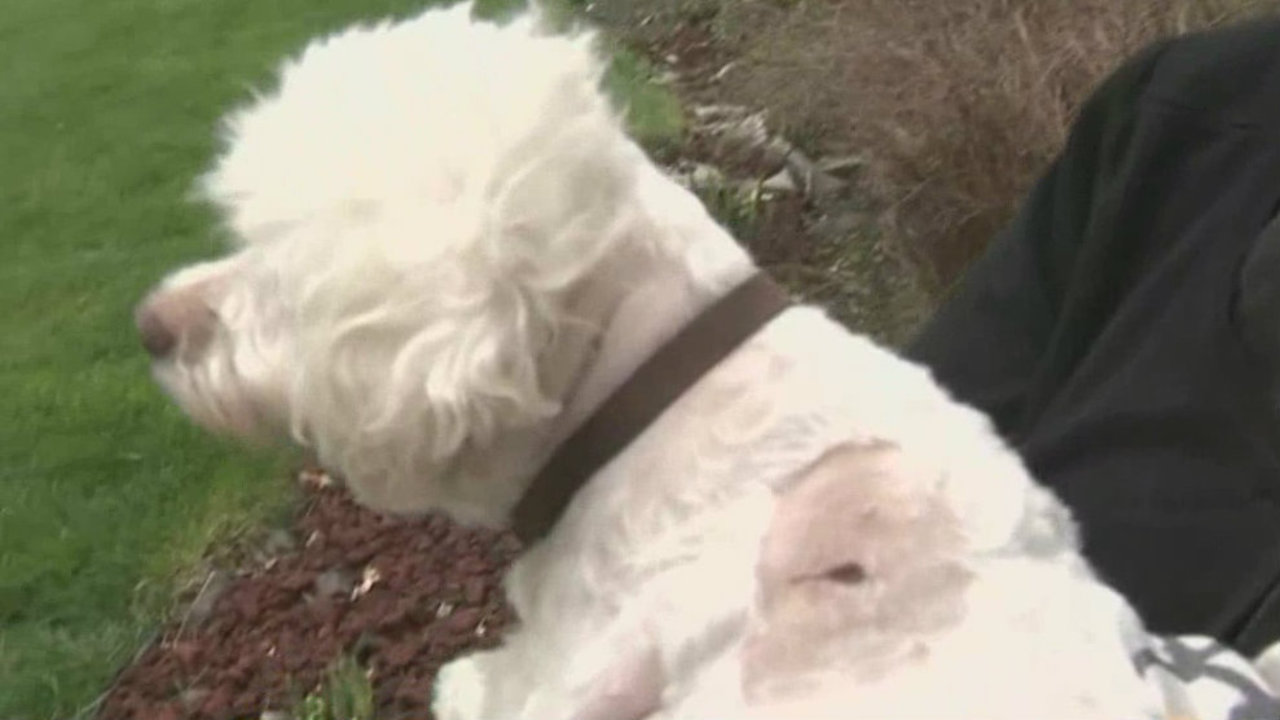 Johnson just wants to get the word out.

"There are several neighbors here that have small dogs ... and they need to be aware that there are hawks preying on small animals. Just be aware," she said.

Experts warn there is no way to absolutely prevent birds of prey from going after a small pet. However, if you go outside with your pet, it will discourage such predators.