Lidstrom: It's surreal that my name's going up there, too

Red Wings honor Nicklas Lidstrom with retirement of his No. 5

DETROIT – "It didn't even cross my mind when I first came here over 20 years ago," said Nicklas Lidstrom.

He was talking to media members at Joe Louis Arena just a day before the Detroit Red Wings honor him with a jersey number retirement ceremony. That happens at 6:30 p.m. Thursday before the Wings host an old rival, the Colorado Avalanche.

"I've been looking up at the rafters for a long time and seeing those names, and it's a little surreal that my name's going up there, too, and it's a tremendous honor," said Lidstrom.

Lidstrom never had this day on his radar.

"It just seemed/seems so much bigger than I could imagine. I thought it was legends being up there. Looking at Gordie Howe and Ted Lindsay, Terry Sawchuk and go down the line -- Stevie's up there. It's just such a tremendous honor to have my jersey up there as well," he said. 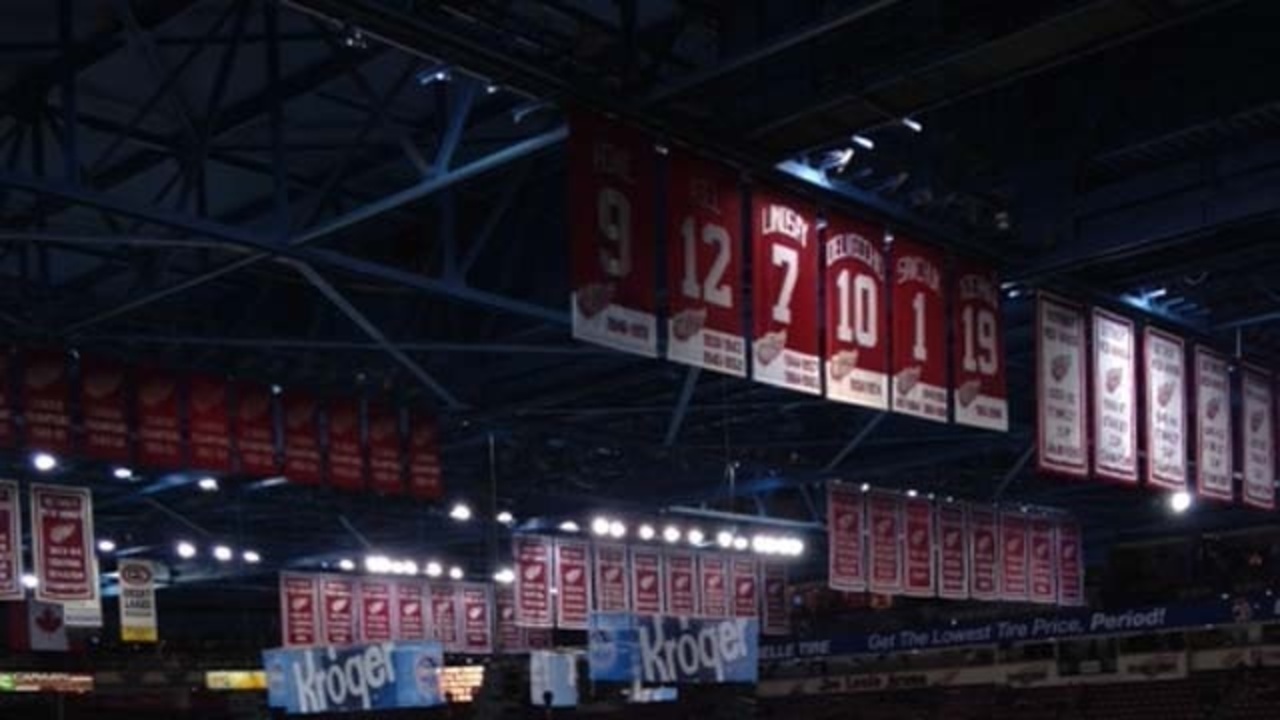 The native of Sweden was selected 53rd overall by Detroit in the 1989 NHL Entry Draft, which is difficult to imagine after four Stanley Cups, 12 All-Star selections, seven Norris Trophies, a Conn Smythe Trophy and 1,142 points in 1,564 games. The Red Wings never missed the playoffs while No. 5 was on the blueline.

Now, a jersey retirement. It's something the Red Wings organization, which has seen so many great players, has done just six other times since 1926. Yzerman's was the most recent on Jan. 2, 2007. This is the first Red Wings defenseman to get the honor.

As were those other six names, Lidstrom will be a shoo-in for the Hockey Hall of Fame. He will go down as one of the best, if not the best, defenseman ever to play in the NHL.

He expects Thursday night to be an emotional one.

"I still miss it. I still miss coming in here and getting ready for a game or walking out onto the ice in front of 20,000 people. I miss the times when, you know, that you guys don't see everyday ... in here with the guys, traveling with the guys, out there for practices and there is no one else in the building," he said.

Lidstrom will be joined by some former teammates Thursday night including Steve Yzerman.