His funeral was in St. Louis at the Calcaterra Funeral Home.

Garagiola was the father of longtime Local 4 reporter and anchor Steve Garagiola (@SteveGaragiola).

Here is a statement from Steve:

"If you’re a longtime sports fan, you probably know the name Joe Garagiola. He was many things to many people. He was the son of Italian immigrants, born and raised in St. Louis. He was a major league baseball player who won his World Series ring in 1946 as a catcher with the Cardinals. He was a broadcaster for more than fifty years who eventually earned two spots in the halls of Cooperstown. He was a long time co-host of the Today Show who traveled the world meeting popes and presidents. He was a good man who adopted St. Peter’s Indian Mission on the Gila River Reservation in Arizona working to give those children a fair shot at a good life. He was all those things ... and also my dad. If he held one idea as a central belief in the way he lived his life, it was to always try your best, and  that he did no matter what the challenge. Dad -- We love you. We’ll miss you."

Sad day for our family. But much strength in how many people care. Thanks to all. Joe and Yogi together again. pic.twitter.com/aHV0cWQESH

Here is a photo Steve shared of his dad in 1946, his rookie season when he and the St. Louis Cardinals beat Ted Williams and the Boston Red Sox in the World Series. 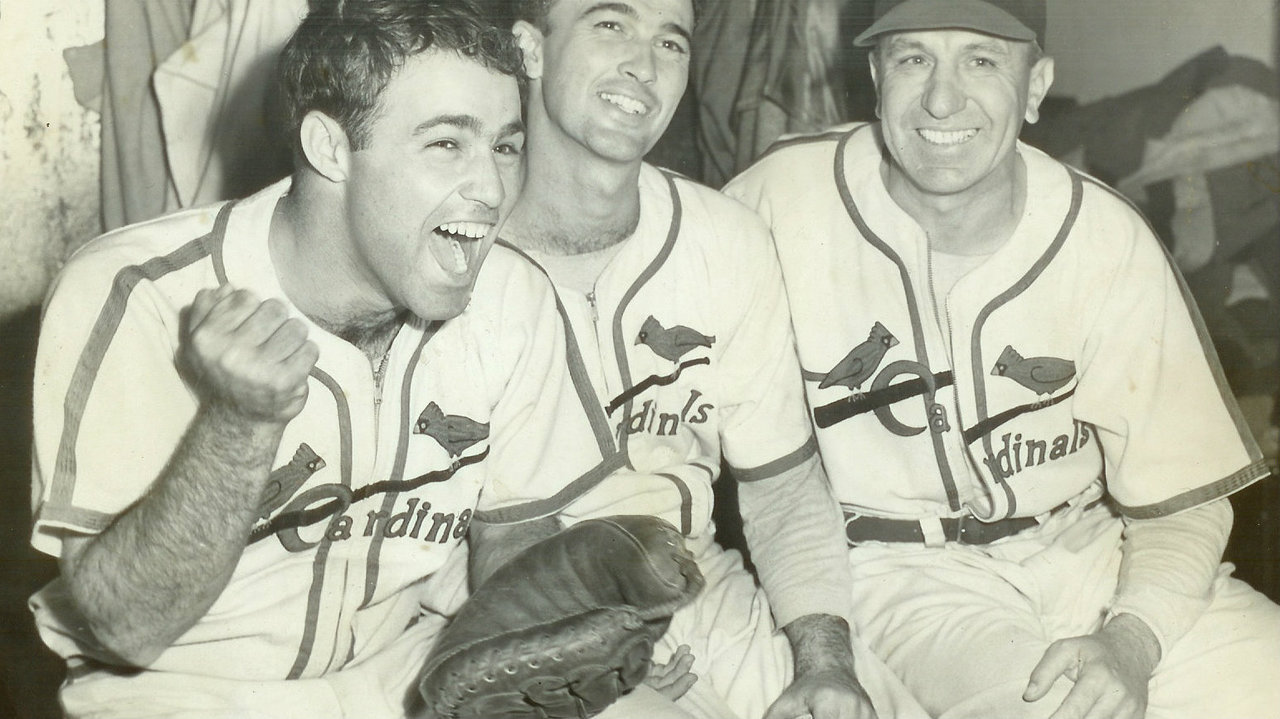 Joe Garagiola thrived in his post-retirement career as a glib baseball broadcaster and fixture on the "Today" show. He played eight seasons in the majors, but generations of fans knew him for his 57-year career in broadcasting, including a 30-year association with NBC.

Garagiola and Vin Scully announced the 1984 World Series between the Detroit Tigers and the San Diego Padres.

Watch: File footage from 1984 World Series with Garagiola and Scully

Garagiola won baseball's Ford C. Frick Award for excellence in broadcasting in 1991. He kept working well into his 80s, serving as a part-time analyst for Diamondbacks telecasts.

We are deeply saddened by the loss of baseball legend and former #Dbacks broadcaster Joe Garagiola. pic.twitter.com/ojaWGp05oC

What a giant. My thoughts are with @SteveGaragiola and his colleagues at @Local4News today. https://t.co/jWUkCjmyA9

Deepest condolences to @SteveGaragiola and family. No better person to work with than Steve. https://t.co/AMS2wGeSfH

Our condolences to @Local4News @SteveGaragiola on the passing of his terrific dad and #MLB / TV legend Joe Garagiola at age 90. #RIPJoe