WNBA All-Star weekend guide: Everything you need to know

Events are on Friday and Saturday

All eyes will be on Las Vegas as it hosts the 2019 WNBA All-Star weekend which includes the skills challenge, the three-point contest and the All-Star game.

You can catch the hot shots on ESPN.

You can watch their skills on ESPN.

Even though the roster is filled with a lot of All-Star veterans, there are five newcomers to the star studded squads. Natasha Howard, Kia Nurse, Diamond DeSheilds, Odyssey Sims and Erica Wheeler are coming to Vegas as All-Stars for the first time ever. 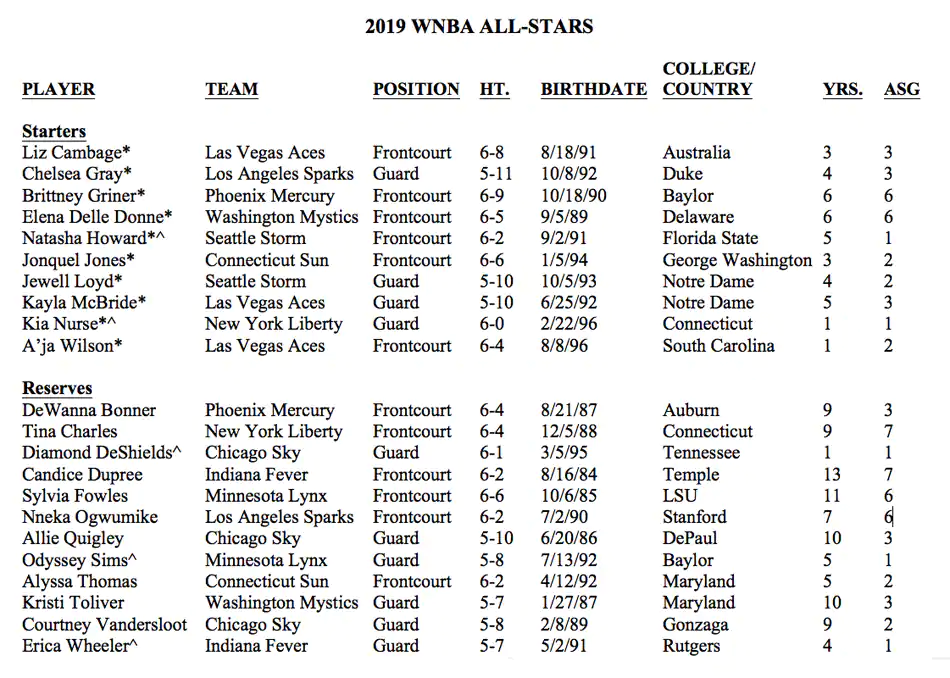 The final teams were chosen by captians Elena Delle Donne of the Washington Mystics and A'ja Wilson of the Las Vegas Aces.

The entertainment continues even during halftime as Teyana Taylor will be preforming and Kristin Chenoweth will preform the National Anthem.

You can catch the All-Star action on ABC.