Southbound I-75 to close for 2 years starting Feb. 4 between Detroit and Downriver

I-75 Rouge River bridge concrete to be replaced

DETROIT – Get ready for one of the biggest freeway closures Metro Detroit has seen in recent years.

A two-year closure of I-75 between Detroit and Downriver will start the weekend of Feb. 4. The Michigan Department of Transportation's $200 million construction project includes replacing all of the concrete on the I-75 Rouge River bridge, the largest concrete surface in the state of Michigan, according to MDOT.

Drivers should expect southbound I-75 to remain closed for two years -- northbound I-75 will remain open at all times, MDOT said.

The transportation department listed these reasons for shutting down one direction:

Watch a recent Local 4 report on the project here: 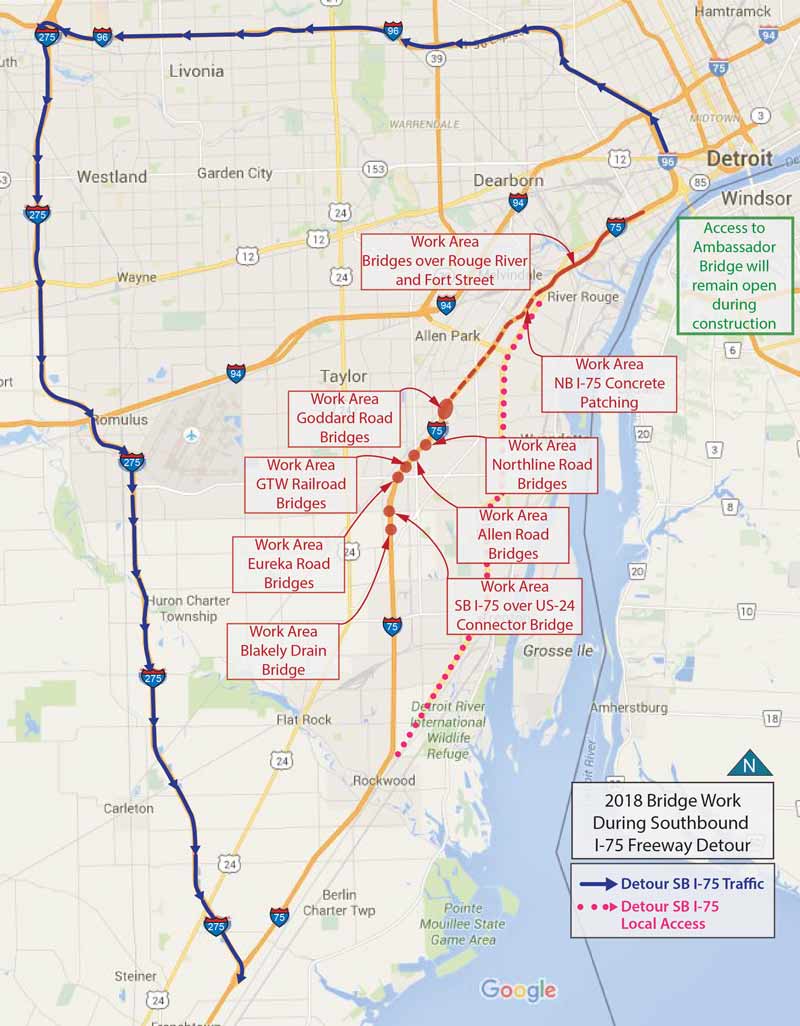 MDOT: Strategic rehab of bridge over 40 years has saved $250 million

The I-75 Rouge River bridge is 49 years old. The 1.63-mile bridge is about 20 football fields in length, MDOT said, and it carries about 37 million vehicles each year. You may be wondering why MDOT hasn't decided to replace the entire structure. That would cost too much, the department said.

"A new bridge costs nearly $400 million. By strategically rehabilitating the bridge over the past 40 years Michigan has saved $250 million."

So here's what has been done in the past 40 years, according to MDOT:

There have been several large holes in the bridge concrete over at least the past 5 years. Local 4 and ClickOnDetroit have been there to show the damage -- here's some of it: