A significant weather advisory in effect for Monroe and Wayne Regions

Next stage of I-75 construction in Oakland County begins this weekend: What to know

More than 8 miles to be rebuilt between Coolidge Highway, 13 Mile Road

OAKLAND COUNTY, Mich. – The next phase of a project to reconstruct parts of I-75 in Oakland County will start Saturday morning.

Weather permitting, work on segment 2 of the I-75 modernization project in Oakland County will Saturday morning. First it was set to start Monday, then it was pushed to Friday and now it's supposed to start Saturday morning.

However, drivers should stay alert for some lane closures throughout the day on Friday.

A Michigan Department of Transportation spokesman said it should take about 12 hours for the initial work and by Saturday night southbound I-75 will be down to two lanes -- that's expected to last until Thanksgiving.

The Michigan Department of Transporation originally announced the segment 2 construction would begin Thursday, Feb. 28, but then followed up days later with a weather delay announcement.

Initially, the construction impacts will begin after morning rush hour on the southbound lanes from Adams Road to south of 13 Mile Road as crews begin preparations for a traffic shift. 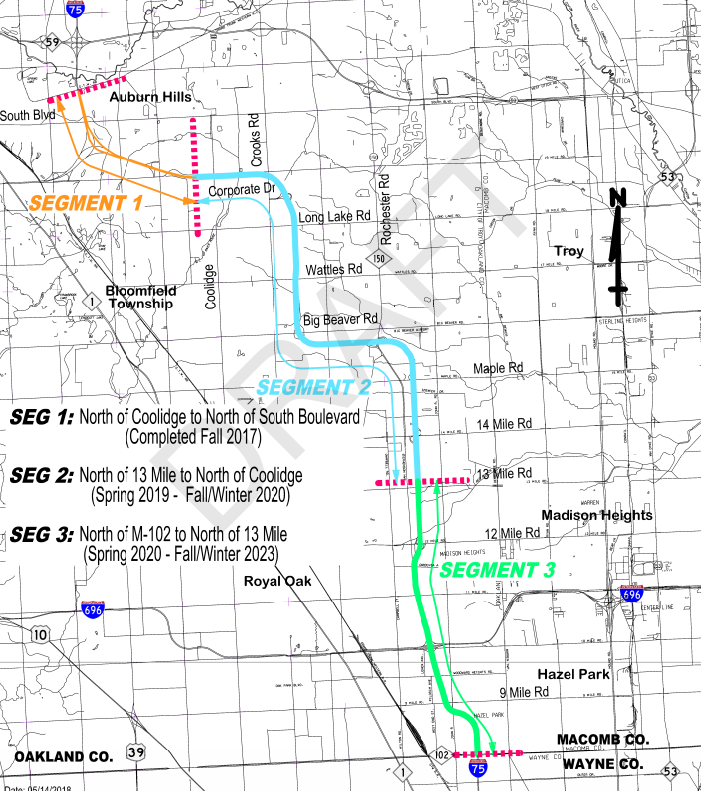