Charge your phone 50% faster with this $40 wireless power bank

On this day in 1936: Detroit's deadliest heat wave finally ends

DETROIT – On this day, July 14, 1936, Detroit endured the last day of what ended up being its deadliest heat wave ever.

Before getting to the statistics, I want you to step into a time machine and take yourself back to 1936.  In those days, not everybody had a refrigerator. Many people bought ice from an “iceman” who periodically came by and put blocks of ice in the “icebox” to keep things cold in there -- I still remember when I was a child my father calling the refrigerator the “icebox." And even those who had a fridge didn’t have a freezer -- the attached freezer didn’t arrive until the 1940s.

And what about air conditioning? Forget it. Movie theaters were among the very few places that had artificial cooling systems. As for the rest of us, not a chance.

OK, now that you have this perspective, let’s talk about that heat wave.

Detroit had SEVEN consecutive days with high temperatures at or more than 100 degrees and overnight lows in the 70s. Think about that. Without air conditioning.

Here are the official stats for each day:

Take a look at the Detroit Free Press front pages (below) from the heat wave -- you can see the increasing urgency as things got worse and worse.  Between 200 and 300 people died just in Detroit, while 500 to 600 people died in Michigan.  The overnight lows in the 70s are often overlooked, but those contributed to the high mortality rate, because peoples’ bodies didn’t have the ability to recover from the daytime heat stress they experienced.

Were that heat wave to happen today, of course, the death toll would be nowhere near what they were in 1936 because many people today have air conditioning, and those who don’t can find relief at cooling centers or any shopping mall or store that has air conditioning.  In fact, people today can easily grab some ice cubes from their freezer -- something Detroiters back in 1936 couldn’t do.

So the next time you’re complaining about the heat, take pause and think about Detroit’s Heat Wave of 1936 -- with no air conditioning. 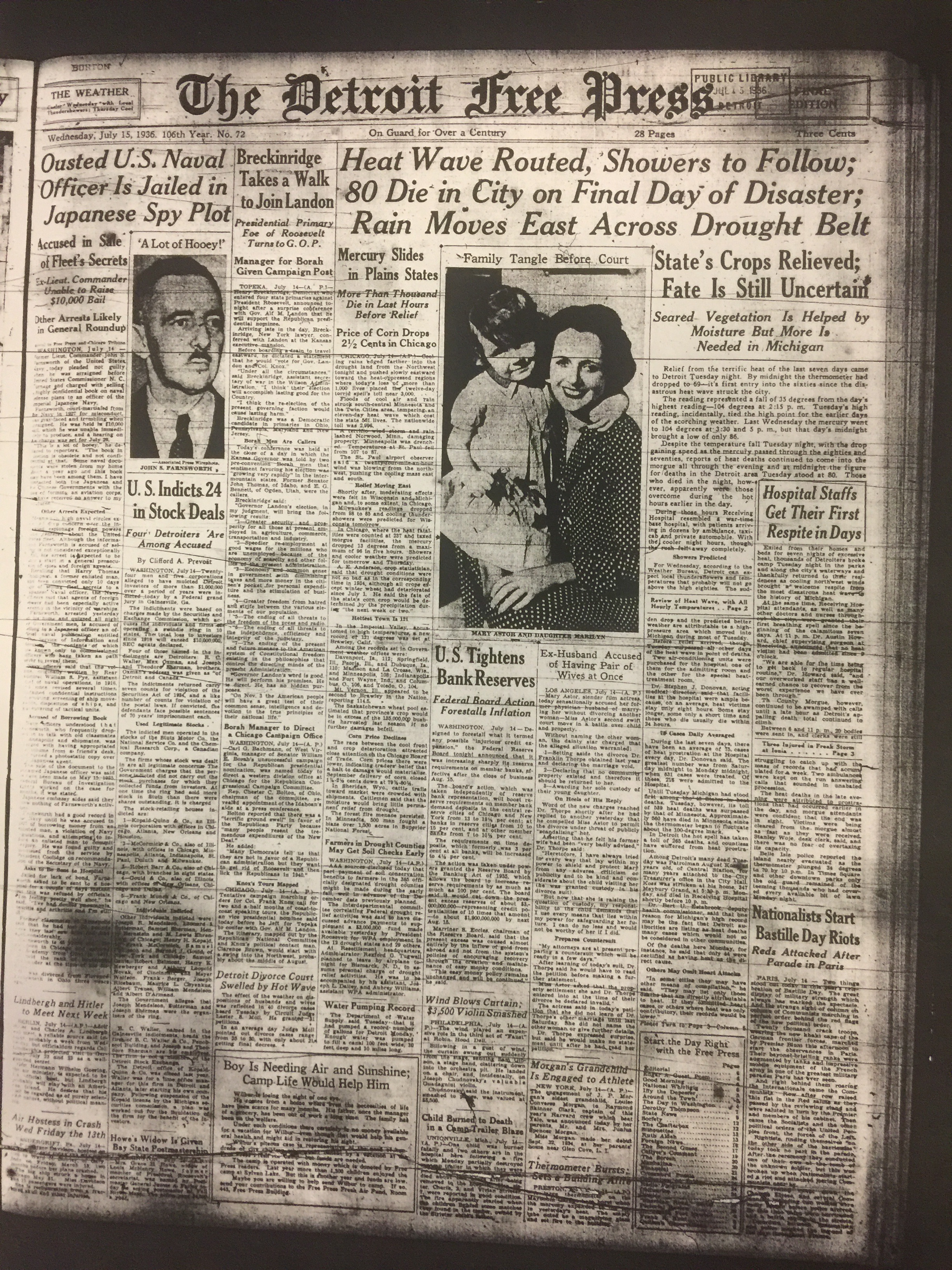 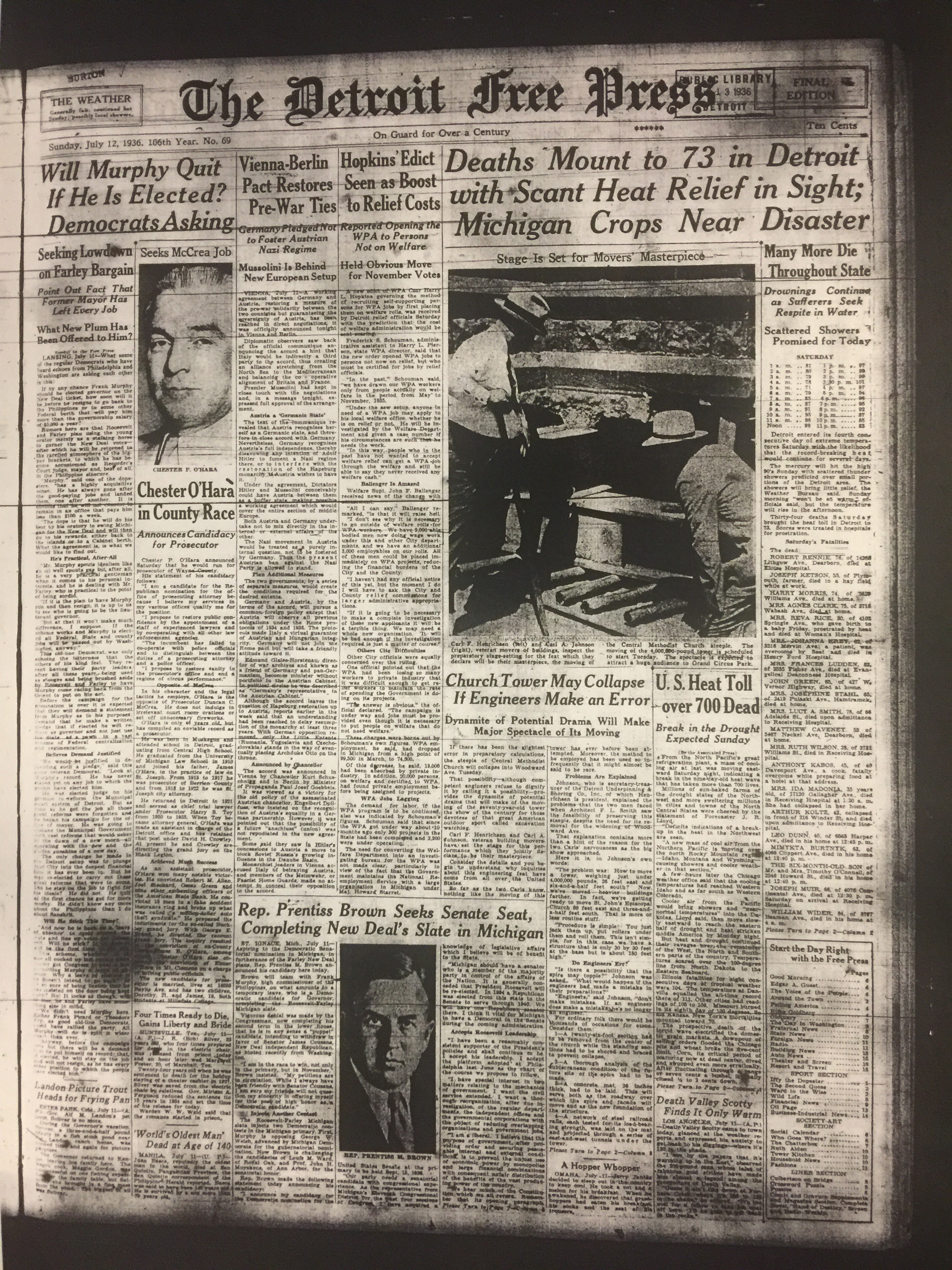 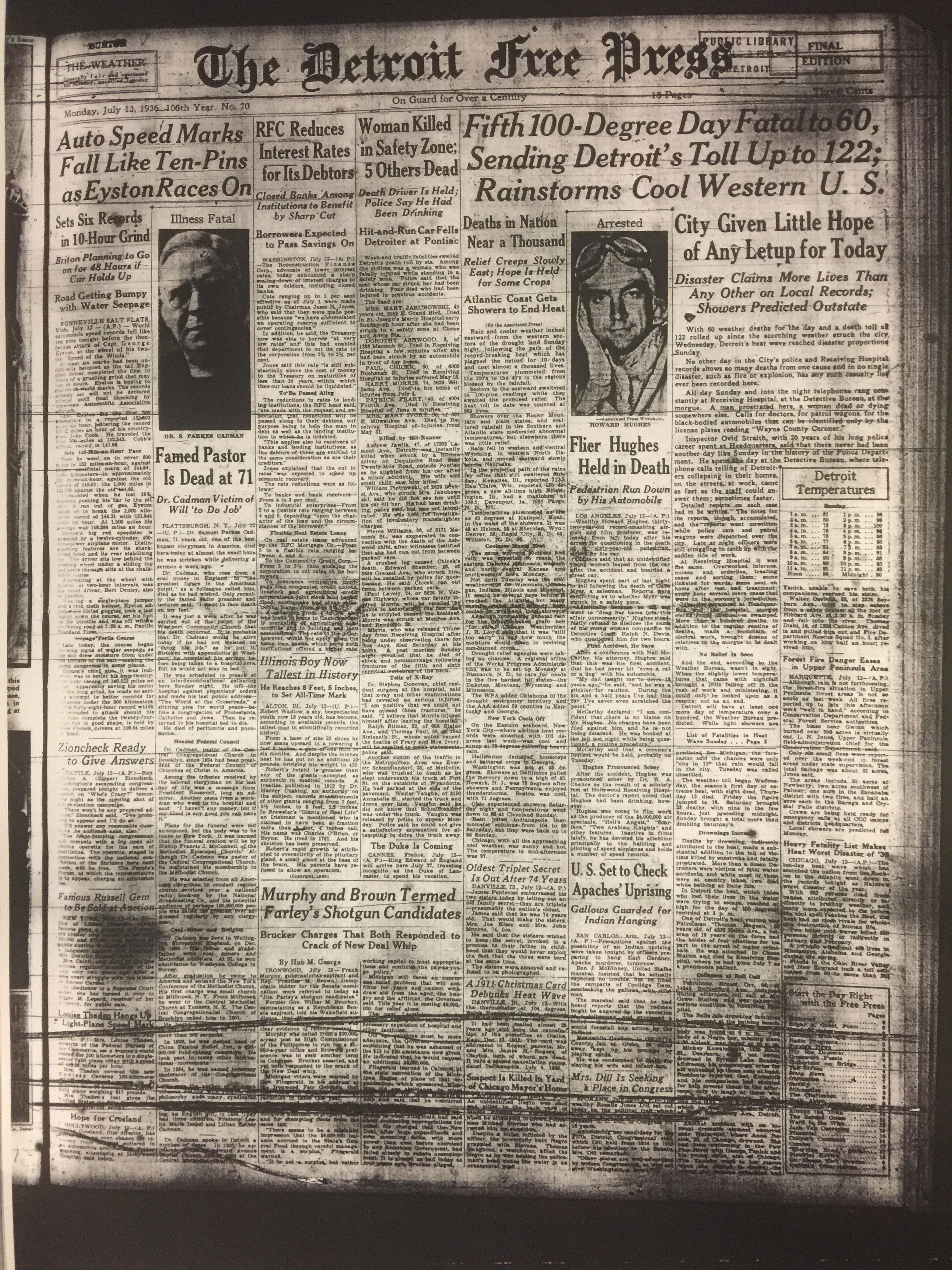 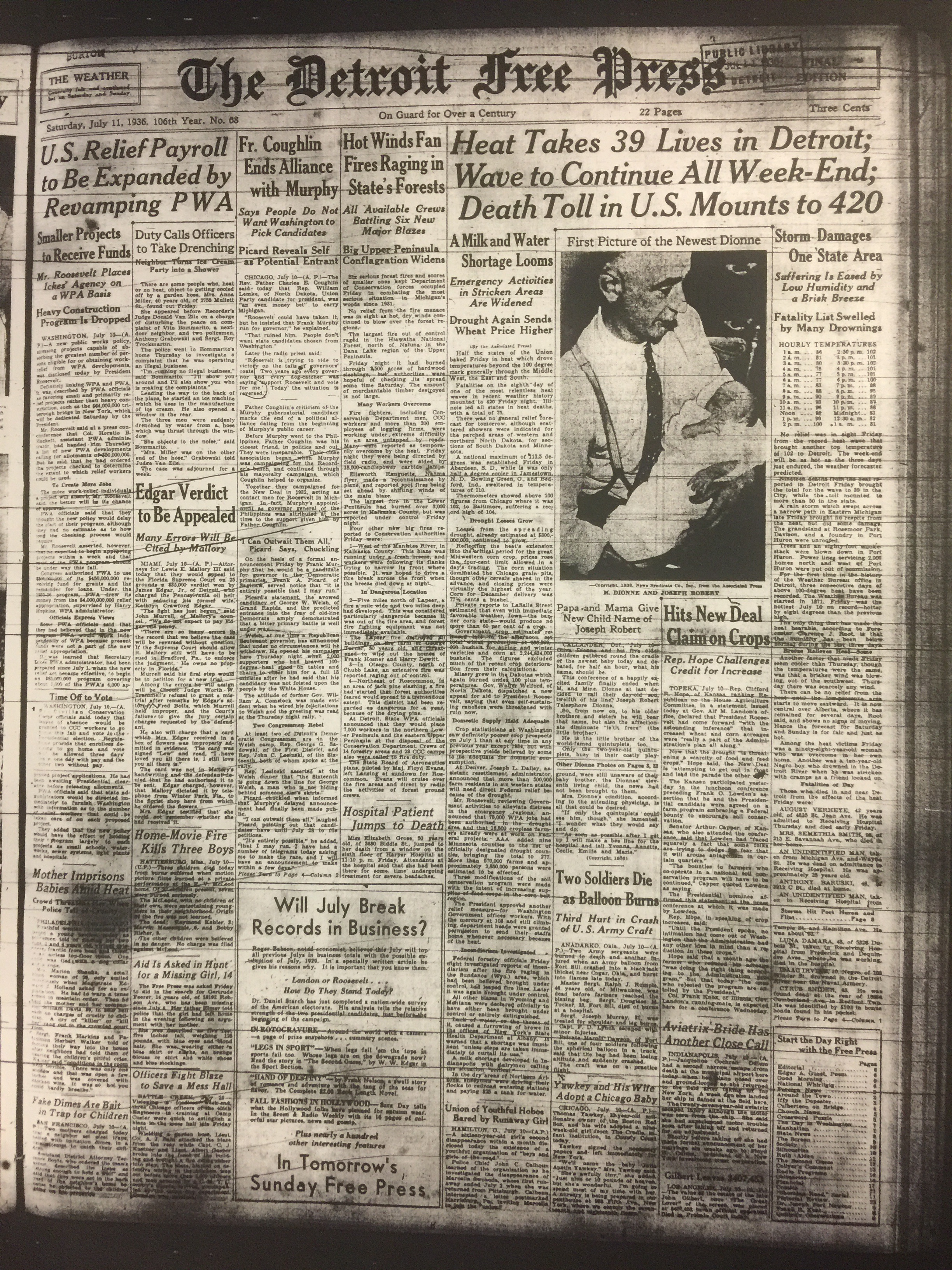 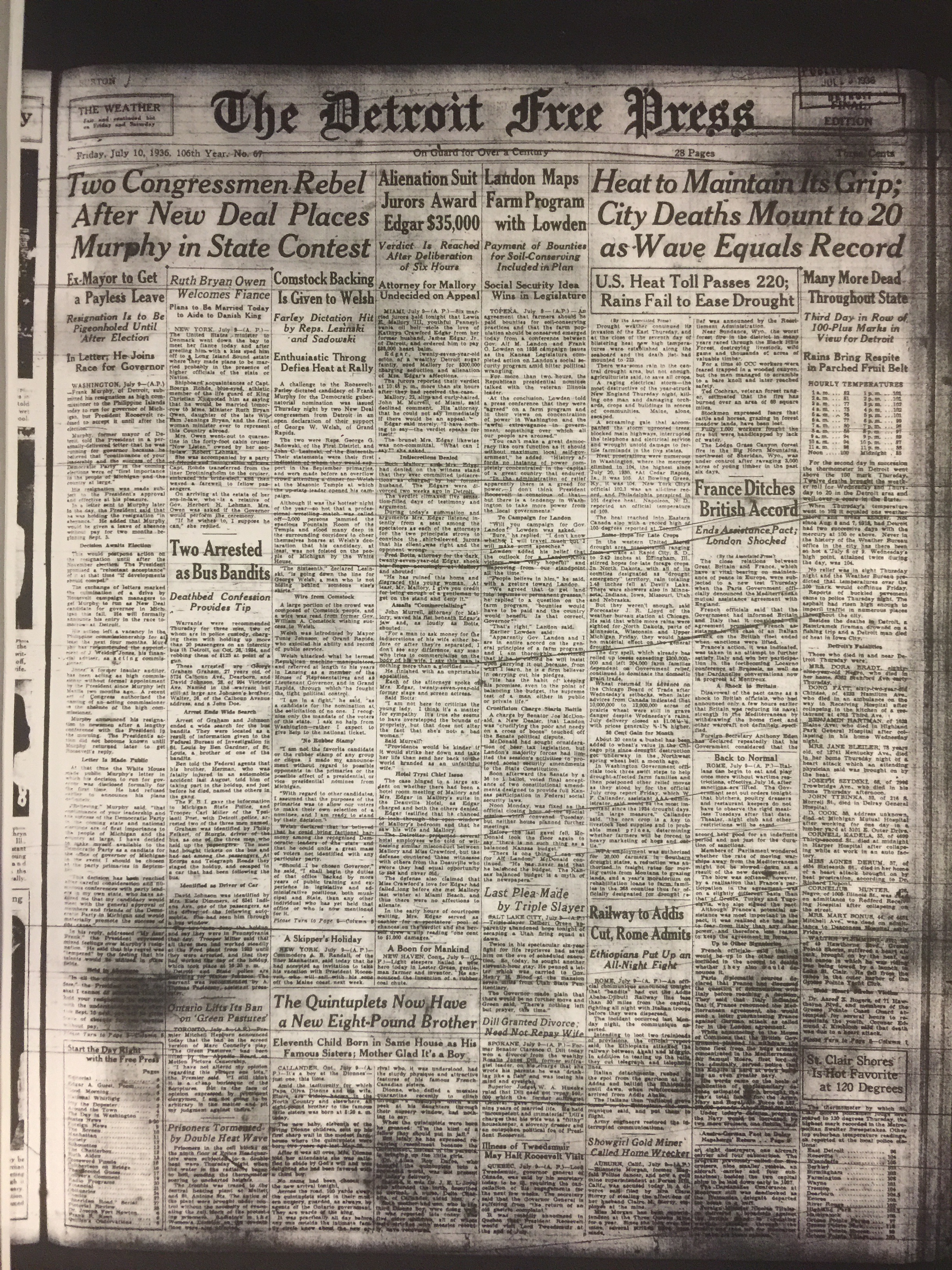 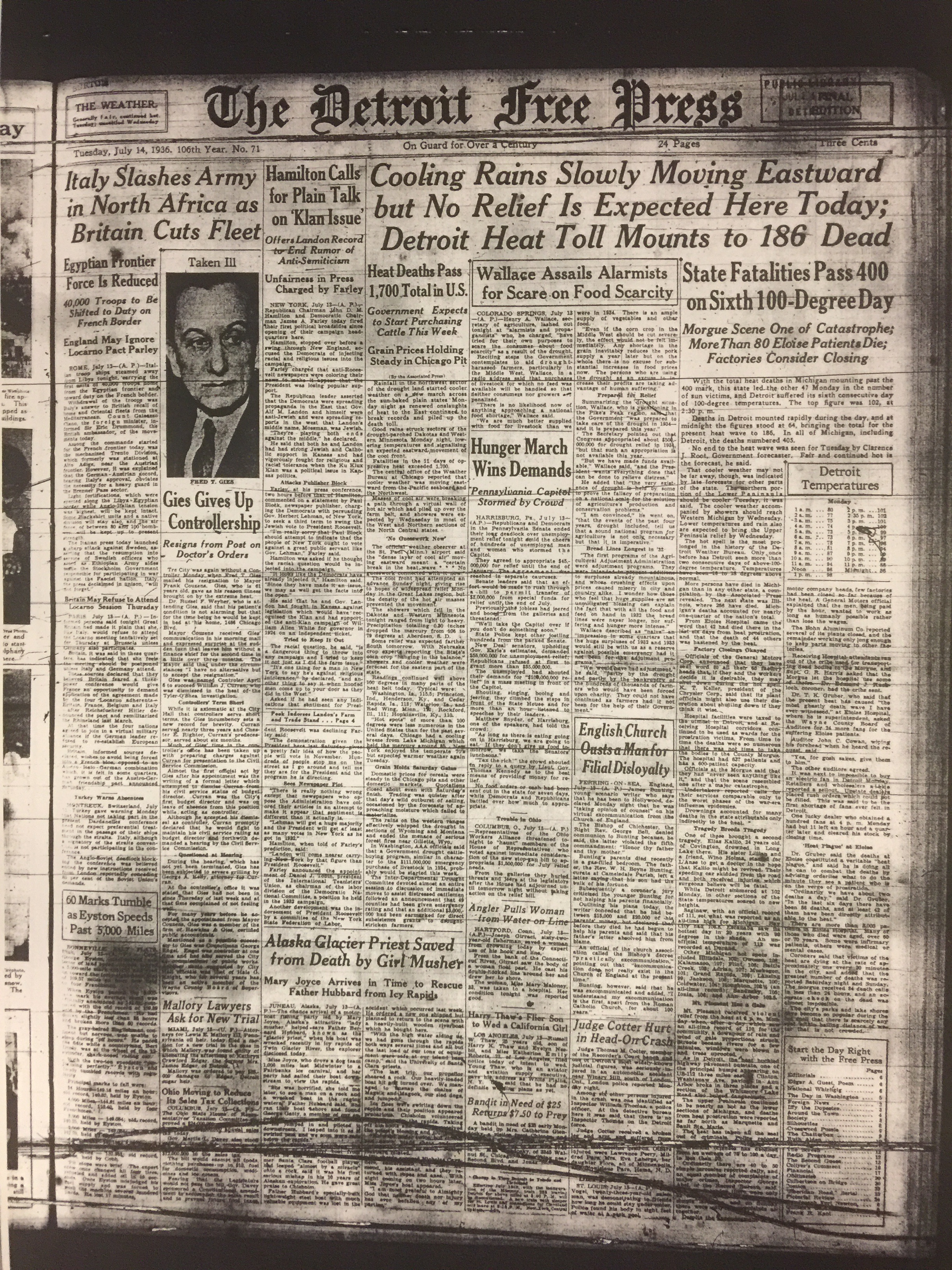 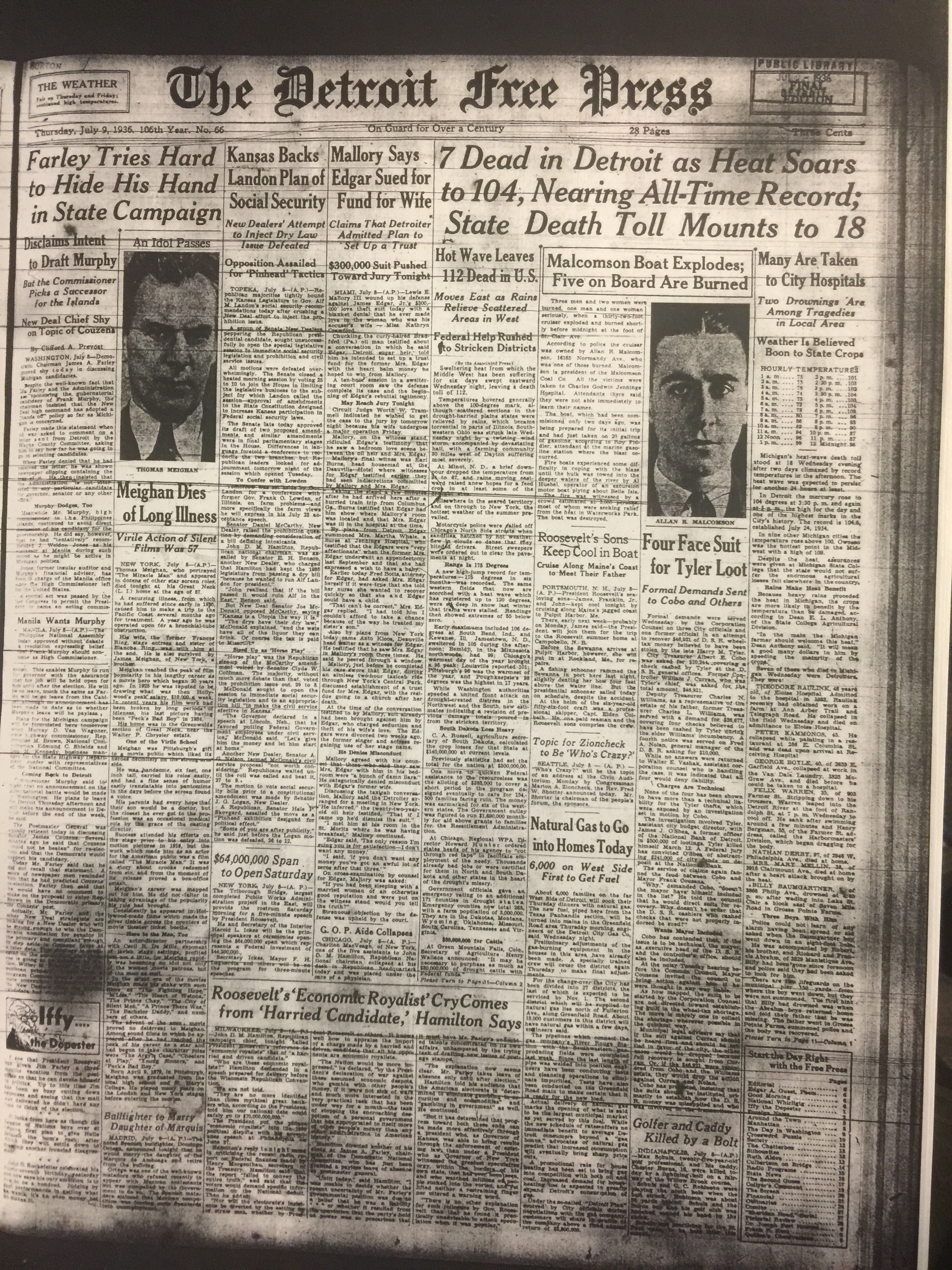