Michigan Gov. Whitmer says all elected officials should disclose if they have positive COVID-19 test

Andiamo owner backtracks: ‘We have never and will never defy mandated orders’

It's official: Claude Lemieux is most despised athlete in Detroit

DETROIT – In May 1996, Claude Lemieux put Kris Draper's face into the boards during a playoff game between the Colorado Avalanche and Detroit Red Wings.

Draper was badly injured suffering a concussion, broken jaw, broken nose, and broken cheekbone. The Avalanche went on to win the game and series, and ultimately the Stanley Cup.

This sparked an intense rivalry between the two teams that lives in infamy. Darren McCarty ended up kicking the you-know-what out of Lemieux during a game in 1997. That was the first of the famous brawls between the Avs and Wings.

It's all well documented, and without a doubt etched into the minds of Detroit sports fans. Lemieux, by far, won ClickOnDetroit's "Most Despised Athletes in Detroit Sports" bracket contest. In the final, Lemieux beat Ron Artest by a large margin. Artest literally beat up a Pistons fan on live TV. So ... yeah, Lemieux is not liked around these parts.

How the bracket was set up

We split the 32-team bracket into four regions, for the four major sports leagues: NFL, NHL, MLB and NBA. We went round-by-round until we had a winner. Simple as that. 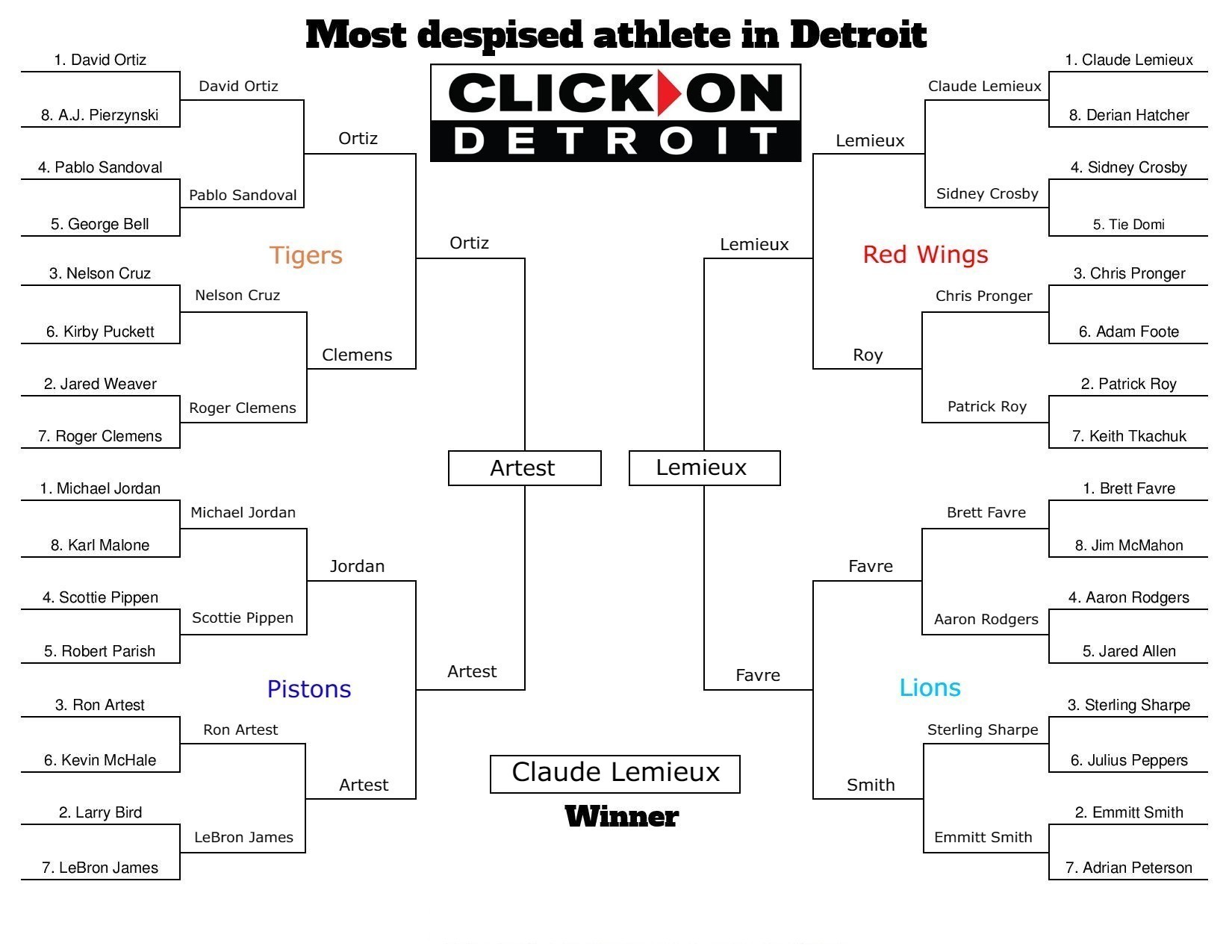