Here's where 'gerrymandering' term comes from, why it's on Michigan's ballot

Massachusetts Gov. Elbridge Gerry signed a bill to redistrict an area of north Boston to benefit his political party. A newspaper cartoon compared the contorted district to the shape of a mythical salamander and called it "Gerry-mander."

The term is still used more than 200 years later. Here's an example of gerrymandering:

A gerrymandered district is an odd, contorted shape designed to include desired voters and eliminate the others. It happens all across the country, helping whichever political party in power stay in power.

"Right now, our elections are rigged. We have predetermined election results. We don't have many competitive elections at the state level," said Katie Fahey, of the group Voters Not Politicians.

If approved voters, Michigan's Proposal 2 would create a commission of randomly selected voters with authority to assign district boundaries, taking the job of drawing districts away from the legislature. The commission would have 13 members. Four of them would identify as Republicans, four as Democrats and five who consider themselves independent.

"For all the talk of it being independent and non-partisan, I think the history of the folks on the leadership as well as a very large contribution will show that this is pretty much just a Democratic attempt to take over the process," said Tony Daunt, of the Michigan Freedom Fund.

Currently, 21 states use some form of non-partisan or bipartisan commission to set district boundaries.

"It's costly. It's unaccountable. It's complex, and it's unfair," said Daunt.

Fahey said her group wants to make sure voters are making these decisions.

When you do do go vote on Nov. 6, remember to turn over your ballot. The three proposals are on the back. Gerrymandering is Proposal 2. Vote "yes" to create the citizen commission or vote "no" to keep control of district boundaries in the legislature.

Voters will be asked if they want to authorize and legalize possession, use and cultivation of marijuana products by individuals who are at least 21 years of age and older, and commercial sales of marijuana through state-licensed retailers.

Voters will be asked if they want to to establish a commission of citizens with exclusive authority
to adopt district boundaries for the Michigan Senate, Michigan House of Representatives and U.S. Congress, every 10 years.

Voters will be asked if they want to authorize automatic and Election Day voter registration, no-reason absentee voting, and straight ticket voting; and add current legal requirements for military and overseas voting and postelection audits to the Michigan Constitution.

Do you know what Michigan Senate and House districts you live in?

Here is the Michigan state Senate districts map (click the map to view a larger version): 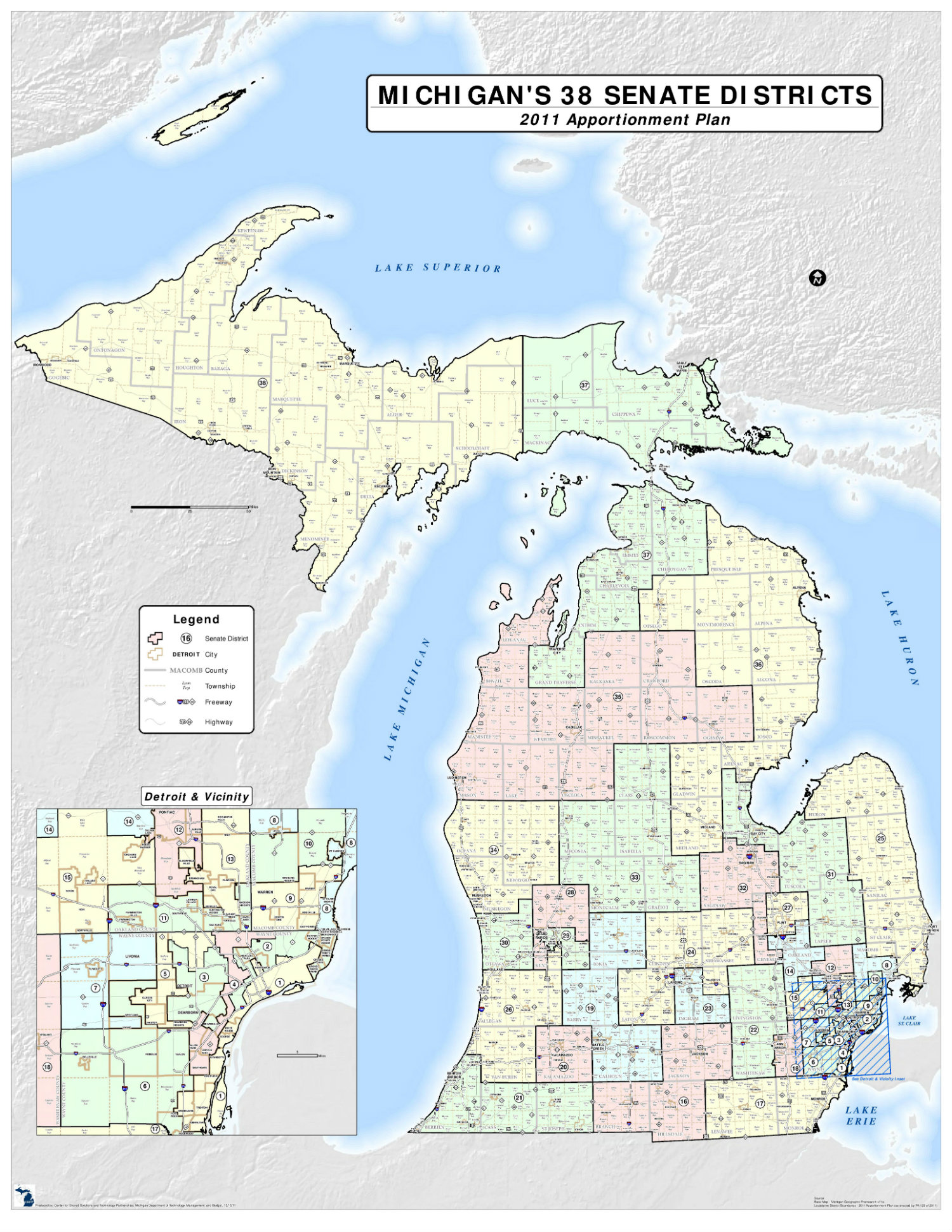 Here is the Michigan state House districts map (click the map to view a larger version): 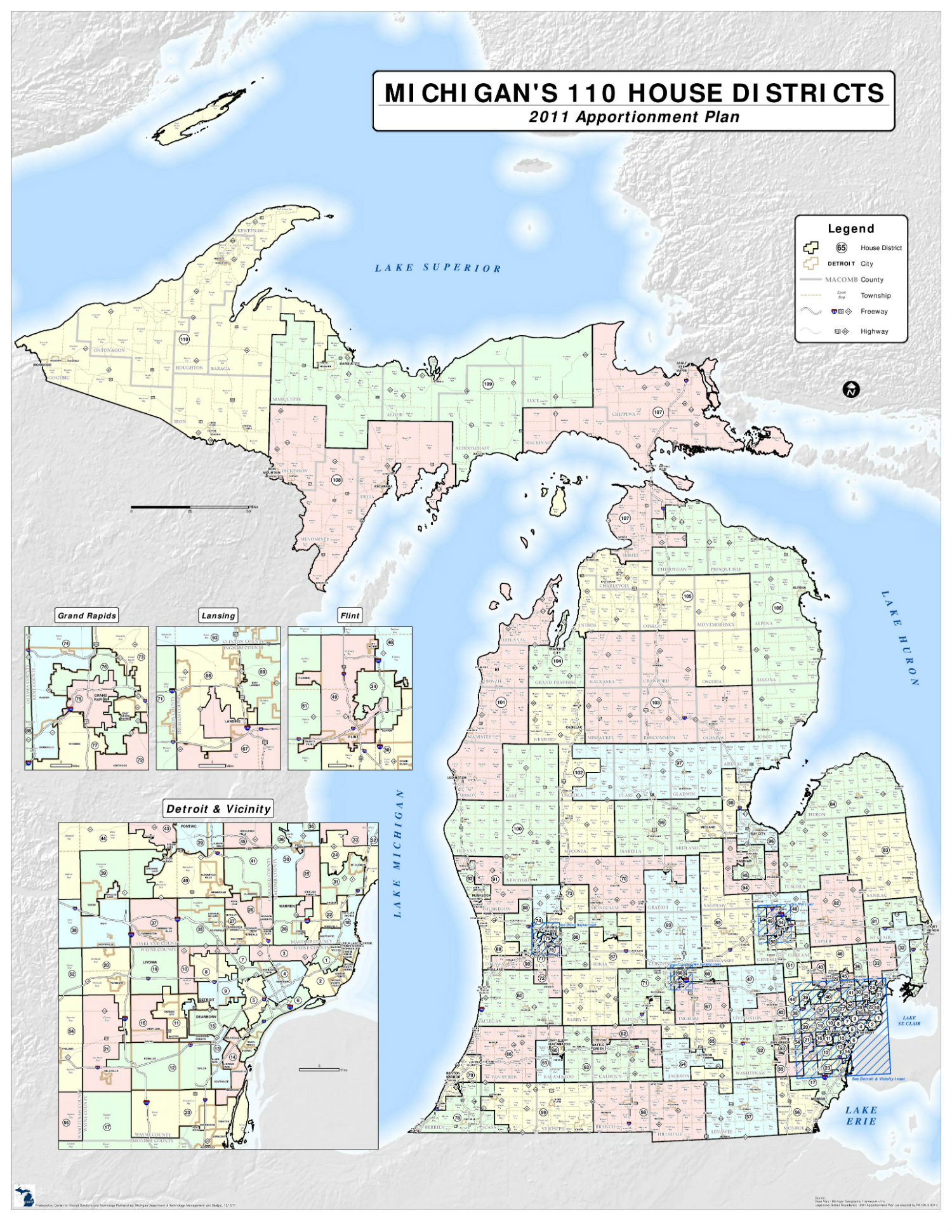 If you're still having trouble figuring out how to identify what districts you live in, the state of Michigan offers an interactive map system where you can put in your address and it will show you your district.

Once you know what districts you are voting for, look up the candidates so you can be informed about who you are casting a vote for. ClickOnDetroit offers this list of everyone who is running in this general election and in which races they are running (click here to view the full list).

Meanwhile, for full coverage of the 2018 Michigan General Election, including where results will be compiled, go to ClickOnDetroit.com/politics/michigan/elections.

The results for Proposal 2 will appear here: