Streaming on ClickOnDetroit and Local 4+ from 7 a.m. to 8 a.m. weekdays.

Inkster teen who vanished 7 years ago is still missing

"During this meeting, GM CEO Mary Barra requested all committees work to resolve their open issues simultaneously so the company could receive a comprehensive proposal from the union. We agreed with that request and those open committees have been meeting since then and are yet to be concluded," reads the letter.

Dittes said the committees are:

Barra visited the negotiation room at the Renaissance Center and spoke face-to-face with UAW President Gary Jones and UAW-GM Vice President Terry Dittes for about an hour.

Talks between the UAW-GM subcommittees after the meeting went on until about 3 a.m. Thursday.

"It's not the only time that CEO's have been involved in bargaining. We saw this many times before, most notably Sergio Marchionne would have his involvement in negotiations in the past. This is a super important thing to General Motors, and she's the CEO, and getting involved in it is, I think, a positive sign," said Kristin Dziczek, of the Center for Automotive Research. 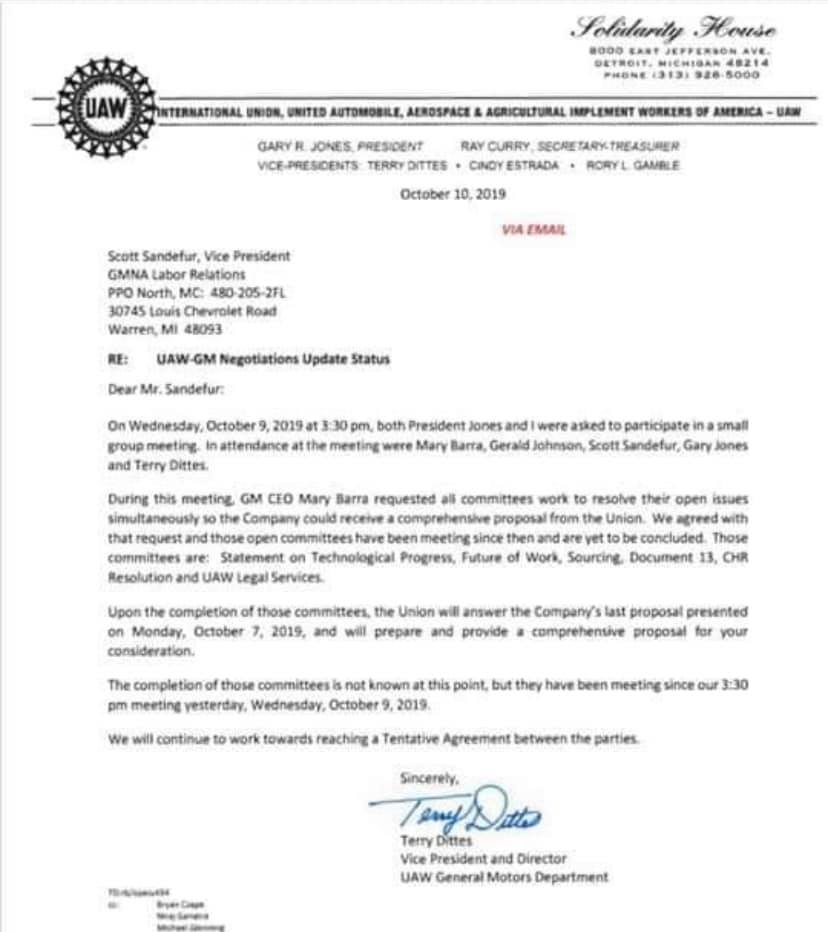 The strike began on Sept. 15 and, by the next day, nearly 50,000 union members had stopped reporting to work. The strike has resulted in the shutting down of 33 manufacturing plants and 22 part distribution facilities nationwide.