Coronavirus in Michigan: Here’s what to know March 6, 2021

In honor of Film Challenge Detroit, here's the B-list versions of A-list actors

Hollywood is full of lookalikes. One time when I lived there I swear I met Jessica Chastain in a bar, but when I asked her about Zero Dark Thirty, she ran off in her high heels followed closely by an angry tyrannosaurus. Turns out it was Bryce Dallas Howard.

The subject of this article isn’t merely actors or actresses that look alike. In this case, both Jessica Chastain and Bryce Dallas Howard have major roles under their respective trendy belts. What I’m looking for are the actors who are born to play a certain role, and then that other person who ends up taking the part when the A-list talent is unavailable. They’re the discount versions of the big-name celebrities who pretty much have the same vibe and might trick a few nearsighted moviegoers into buying a ticket if they leave their glasses at home. I’m not here to bash any of these folks' talent or commitment to their craft. I’m merely pointing out a noticeable trend when it comes to the roles they land. When this topic came up, the very first actor that came to mind was…

Good ol' what's-his-name, the one who looks like Johnny Depp, but is less weird. Oddly enough, both Skeet and Johnny have taken up major roles early in their careers under horror director Wes Craven, in Scream and A Nightmare on Elm Street respectively. The first time I mistook Mr. Ulrich for Mr. Depp was on the poster for 1998’s The Newton Boys. A film starring big name actors such as Matthew McConaughey, Ethan Hawk, Vincent D’Onofrio, and what I can only imagine was supposed to be Johnny Depp until they realized they blew their budget on the first three and had to improvise.

Unfortunately the poster has all the actors names emblazoned in large letters across the middle and reading them aloud, one can’t help but feel that one of these names is not like the others. Honestly, that Depp was preferred for the role is total speculation, and Ulrich has nailed every role I’ve actually seen him take on. He had a truly creepy turn as the boyfriend-turned-serial-killer in Scream. And he was a delight starring next to Cuba Gooding Jr. in Chill Factor. Who can say if the comparison to Captain Jack Sparrow has helped or hurt Ulrich’s career, but for what it’s worth, whoever casts this discount Johnny Depp is getting a heck of a deal. 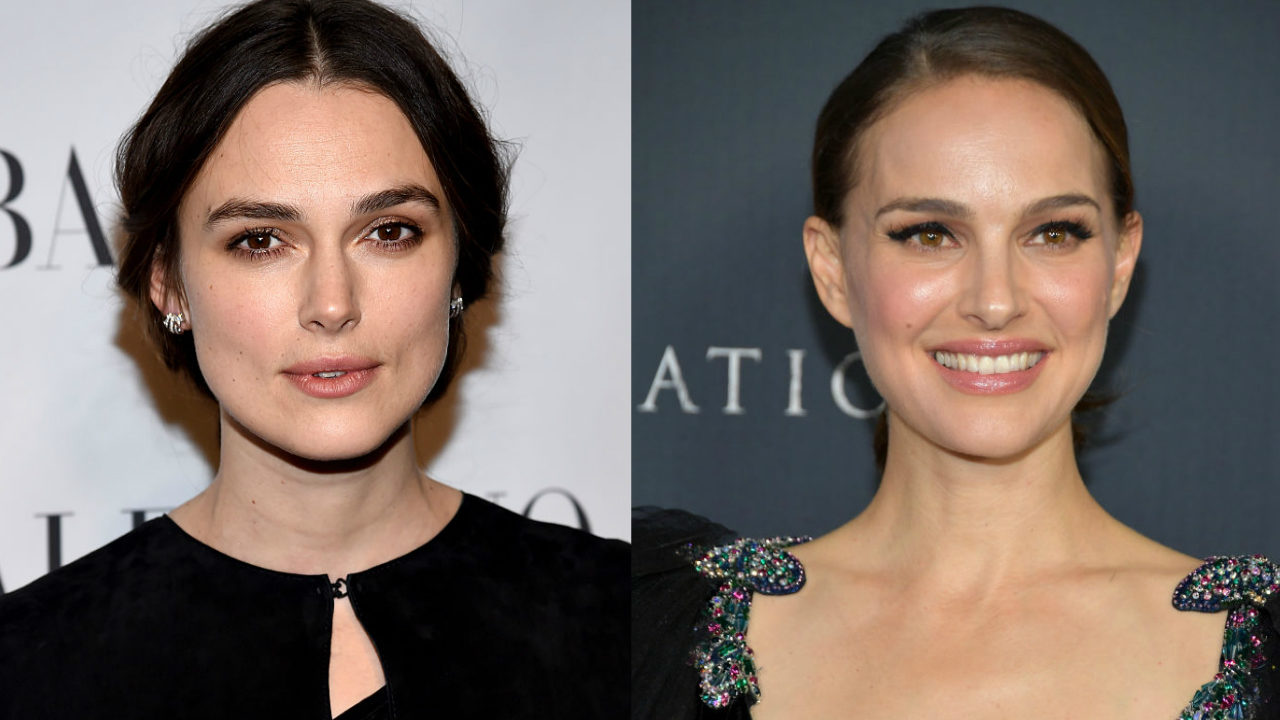 This starlet’s similarity to Natalie Portman is more than just a passing resemblance. In fact, in Star Wars: Episode I, Portman’s Queen Amidala employs a handmaiden as a body double to protect herself from assassination attempts (paranoid much?) and that handmaiden was played by Keira Knightley! I suppose there are Knightley devotees out there who would argue that Natalie Portman is in-fact the discount Keira Knightley, but according to boxofficemojo.com Portman tops Knightley’s lifetime box office gross by more than a half-billion dollars. Both have large roles in major franchises, but only one has taken home an Oscar for best actress.

This again veers into personal preference, but I can’t help but feel when I see Knightley on screen that her role could be better served by Portman’s dramatic range. And once again the scene pops into my imagination of a line producer telling his executive producer, “Portman is out, something about doing some Black Goose movie instead.” and the executive responding, “Is that other one available? Katherine Nighty or whatever?” Of course she is…of course she is. 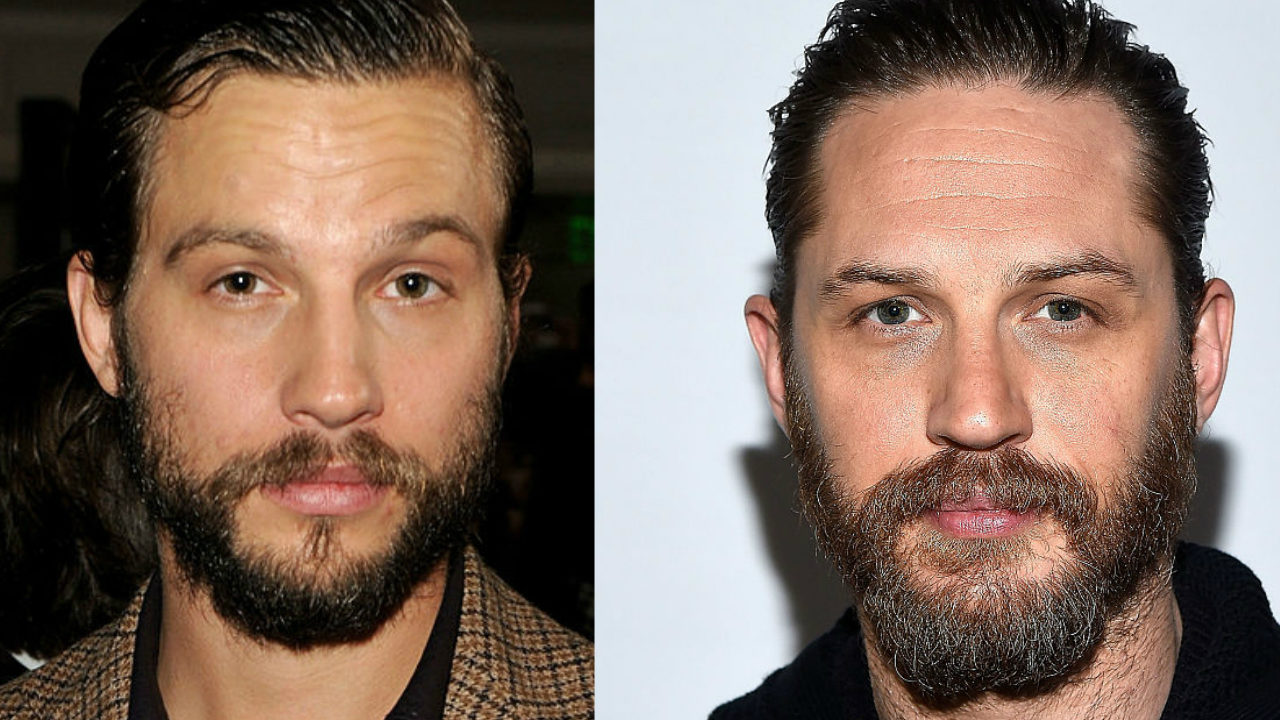 Then I had a horrible realization. Tom Hardy was only half as prolific as I had previously thought. I found myself second-guessing his whole filmography. That was a lot of dirt and beard on his face in The Revenant, could that have been Logan Marshall-Green this whole time?  The two have a few other interesting connections. They’ve both played baddies opposite major super heroes in both DC and Marvel cinematic universes. Hardy as Bane in The Dark Knight Rises, and Green as Shocker #1 in Spiderman: Homecoming. They’ve both acted with Leonardo DiCapriooooh wait, never mind. That was Hardy both times. I don’t know what to believe anymore. 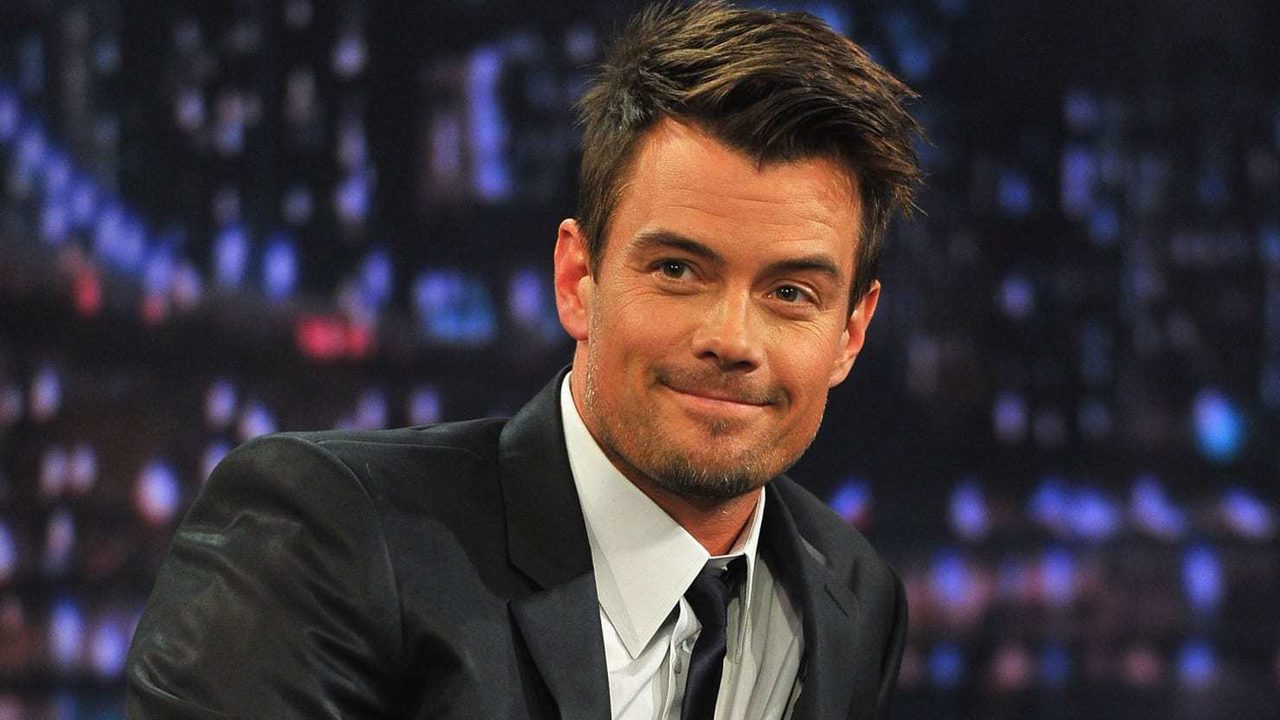 Josh Duhamel and Timothy Olyphant are both known for their smoldering good looks and as they age, it seems as though they might be morphing into the same person. I first remember seeing Olyphant in 2004’s The Girl Next Door where he plays a menacing *ahem* “producer” of adult films, and being truly terrified at his portrayal. He seemed like the kind of character that could be your best friend one minute, then snap and have a gun to you head in an instant…and that’s pretty much what he did in that movie so, bravo him.

I understand he was great in Deadwood but haven’t seen the show, and he managed to play a truly likable hero in The Crazies. So it’s easy to say the man has range. Josh Duhamel I first remember seeing in the Transformers movies and thinking, “Man, Olyphant is really slumming it.” Duhamel is the soap opera version of Olyphant, an apt comparison as he had a stint on All My Children from 2009 to 2011. Both men are now settling into their typecasting as “hot dads” in middle age. It seems as though between Santa Clarita Diet and Love Simon, there were two roles written for Timothy Olyphant, but he flipped a coin and it landed on a zombie Drew Barrymore head, so he did that one.

There’s a load of honorable mentions on this list, did you know Kat Dennings has a discount double? Go ahead and leave your thoughts in the comments below, and while you’re at it, turn your love for great characters and great films into a trip for you and three of your friends to the Sundance Film Festival!

If you’ve got a story you want to tell, now is the time to enter Film Challenge Detroit 2018!