Recent findings on hydroxychloroquine as coronavirus (COVID-19) treatment not favorable

What you need to know about planet Batuu

Disneyland's "Star Wars": Galaxy's Edge, is just days away from opening in California.

The reported $1 billion expansion covers 14 acres and immerses guests in the world of their favorite Jedi or Sith Lord. We're going to go over the basics of the land and discuss what you can expect when traveling to a galaxy far, far away.

Along the galaxy's outer rim is a destination known as Batuu. This frontier of Wild Space is an uncharted region beyond all known star systems. The planet is the home to Black Spire Outpost, an infamous port for smugglers, traders and those wishing for adventure to avoid any unnecessary encounters with the First Order.

Guests will encounter aliens, droids and other inhabitants of the planet. Guests can search for rare and unique goods, discover out-of-this-world food and drinks or join a crew seeking adventure. Guests will also find some familiar faces on the planet, such as Rey, Chewbacca and Kylo Ren and his Stormtroopers. 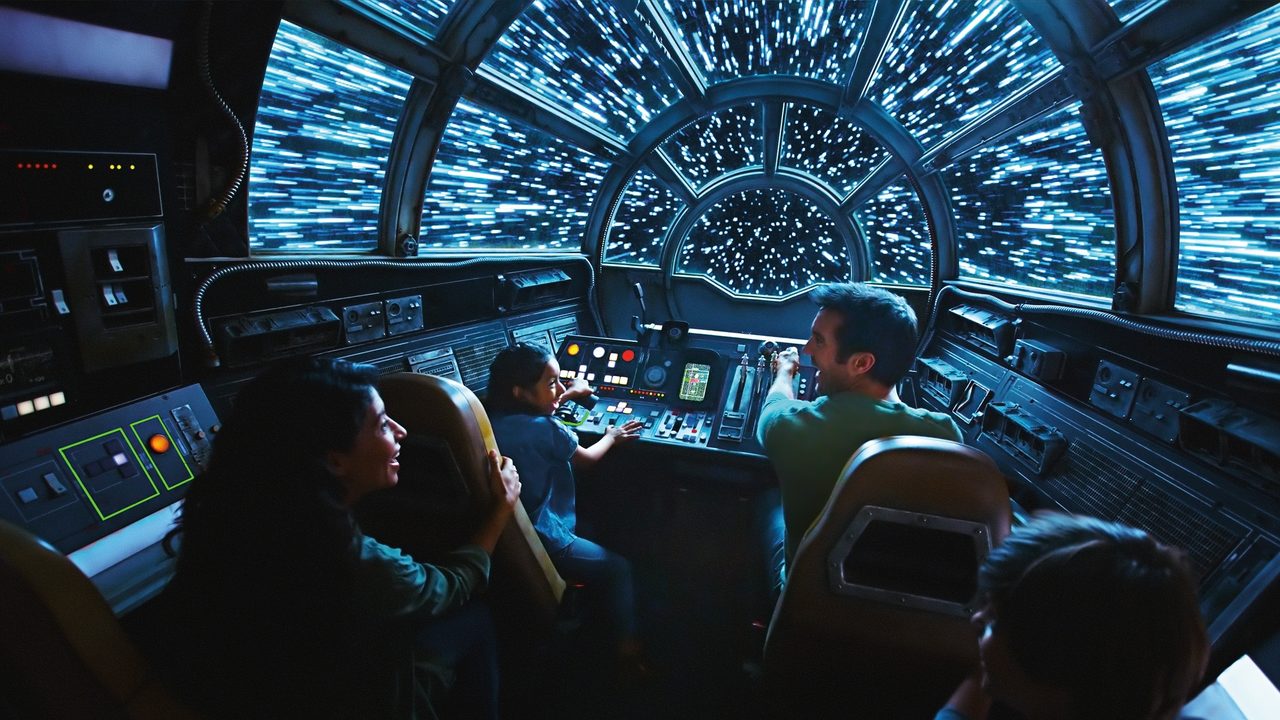 Have you ever wondered what it would be like to pilot the ship that made the Kessel Run in 12 parsecs? Or face off against the First Order? "Star Wars" fans can rejoice knowing that their dreams are about to come true.

Millennium Falcon: Smugglers Run -- Guests can climb into the cockpit of the fastest hunk of junk in the galaxy. Channel your inner Han Solo or Chewbacca and take the controls. Some guests will be pilots, some will man the guns and others will be the engineers, which creates multiple ways for guests to engage with the attraction in an experience that responds in real time.

"Star Wars": Rise of the Resistance -- Opening by the end of 2019, Rise of the Resistance is one of the most ambitious, advanced and immersive experiences ever undertaken by Walt Disney Imagineering. The attraction takes place in the middle of a climactic battle between the First Order and the Resistance, which includes a faceoff with Supreme Leader Kylo Ren. The journey will take guests aboard a full-size transport shuttle and then into a Star Destroyer for a harrowing and thrilling adventure that will alter the line between fantasy and reality. 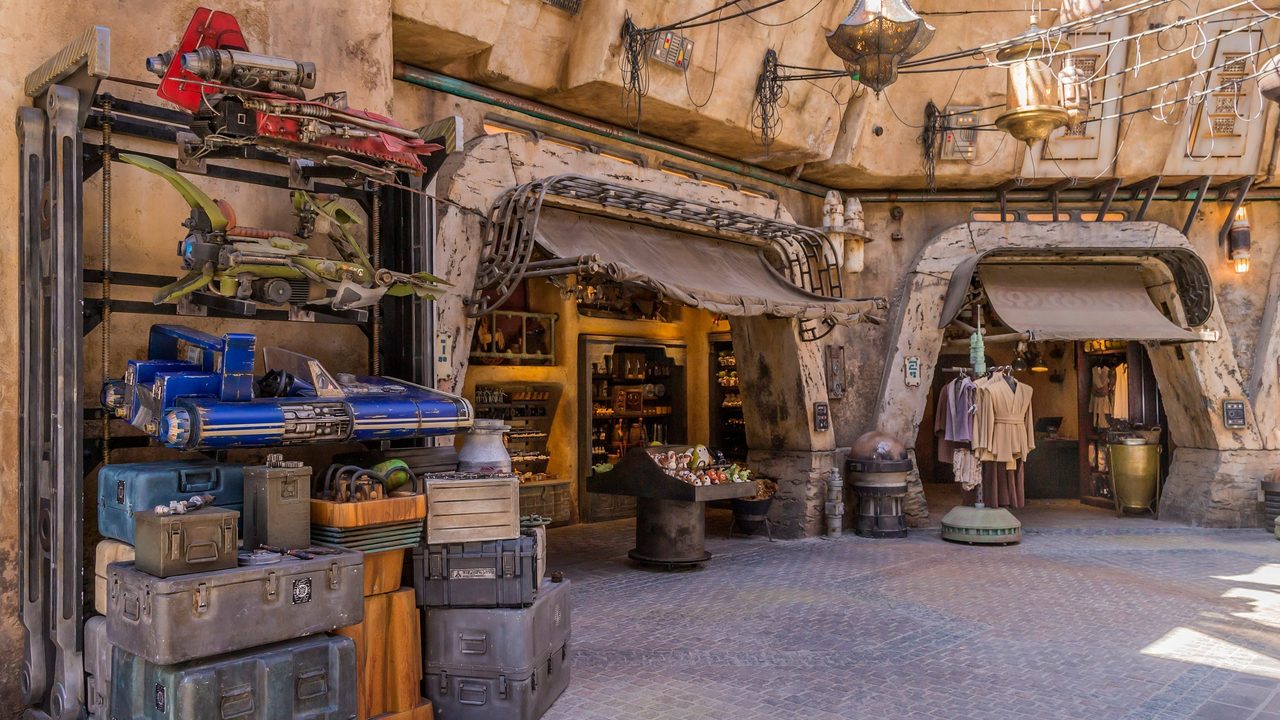 Ever wondered what blue milk tastes like? Maybe a roasted porg? Wonder no more, as Galaxy's Edge will bring the delectables of space right to your table. As you wander around the paths of Batuu, you will see many street vendors and places to grab a quick bite to eat.

Kat Saka's Kettle -- Stop in at this food stall for a sweet, savory and possibly spicy popcorn snack.

Oga's Cantina -- It's a meeting place for those who want to share their stories and quench their thirst on exotic beverages while listening to musical entertainment provided by DJ R-3X, who was the former Starspeeder 3000 pilot droid from the original Star Tours.

Docking Bay 7 Food and Cargo -- Venture inside a transport shuttle that has docked on top of a large hangar. Inside, you will find an assortment of unusual dishes prepared by Chef Strono "Cookie" Tuggs.

Tuggs, who is best known for his culinary skills, travels around the galaxy, filling his cupboards with exotic ingredients used to make "Tuggs' Grub," a new and unique dish inspired by items he made while working for Maz Kanata and Talodana.

Ronto Roasters -- As you wander around the market, look for the barbecue made out of an old pod racing engine. There you will find mouth-watering Ronto Wraps and a selection of nonalcoholic drinks.

Milk Stand -- The milk stand offers blue and green milk, two local favorites on the planet. Thirsty Jedis can now order these "Star Wars"-inspired drinks while they live out their own space adventure. 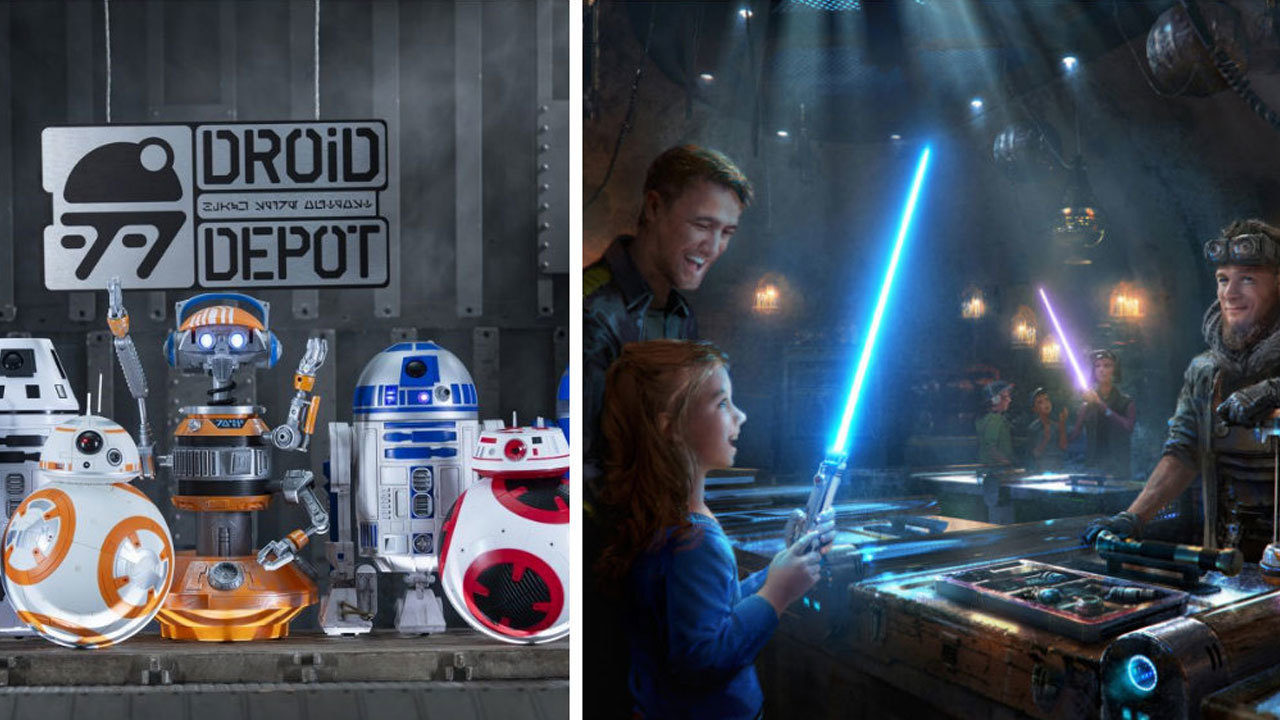 Droid Depot -- Wouldn't we all like to go on adventures with a droidlike R2 or BB-8 at our side? The Droid Depot will allow travelers to construct their very own astromech droid. Choose your parts from a moving conveyor belt and pick between an R-series or BB-series. Travelers will be able to customize their droids with various parts and colors.

As if building the droids wasn't fun enough, these new droids will also interact with elements throughout the park. For all your droid needs, be sure to check out the Droid Depot.

Savi's Workshop -- Looking to build something other than a droid? Consider a visit to Savi's Workshop. There, young Padawans will be able to construct their very own lightsaber. Feel the force as you build your weapon piece by piece.

Creature Stall -- It's dedicated to the plethora of rare and fascinating creatures that roam the galaxy.

Black Spire Outfitters -- It showcases the latest in popular galactic trends in apparel and accessories.

Toydarian Toymaker -- Find toys and crafts built by a Toydarian for the young and young at heart to enjoy.

Jewels of Bith -- The shop is filled with "trinkets to treasure" and other accessories.

Resistance Supply -- Find this makeshift Resistance command post and don your pins, hats and gear in support of the Resistance.

Tom Metevia is an Emmy Award-winning content creator. He writes for all of the company's news websites, including ClickOnDetroit.com. Tom specializes in travel, entertainment and theme park news.