‘Life is so precious’ -- Metro Detroit COVID-19 survivors give thanks 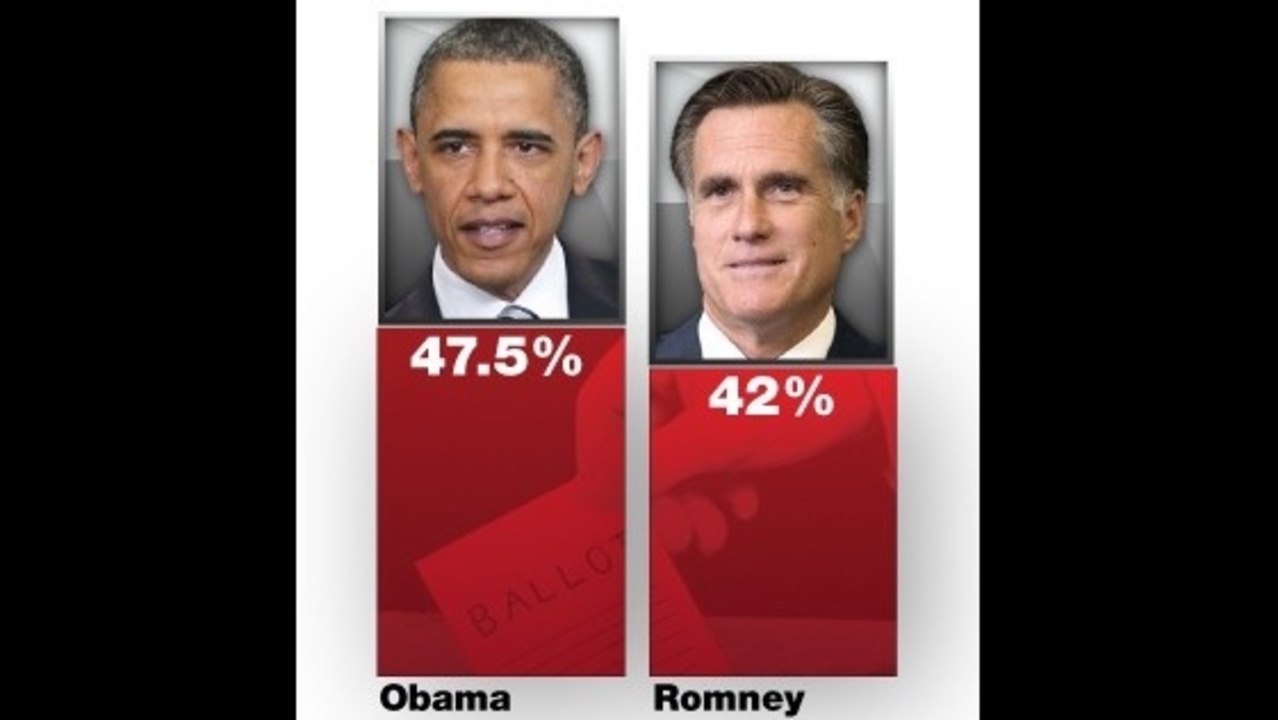 The spread is 5.5 percentage points across the state of Michigan, but the breakdown in the Metro Detroit area is very interesting.

According to a survey commissioned by WDIV, the Detroit News and WZZM, President Barack Obama has 47.5 percent of the vote in Michigan to Republican presidential hopeful Mitt Romney's 42 percent. In Metro Detroit, Obama leads in Wayne County and Oakland County while Romney leads in Macomb County.

President Obama has a 5 percent lead in Oakland County, which means the county is still in play for the Republicans. What's really interesting is usually here in Michigan it is independent voters who fuel the spread between candidates. Not this time. Independents are pretty evenly split between Obama and Romney. 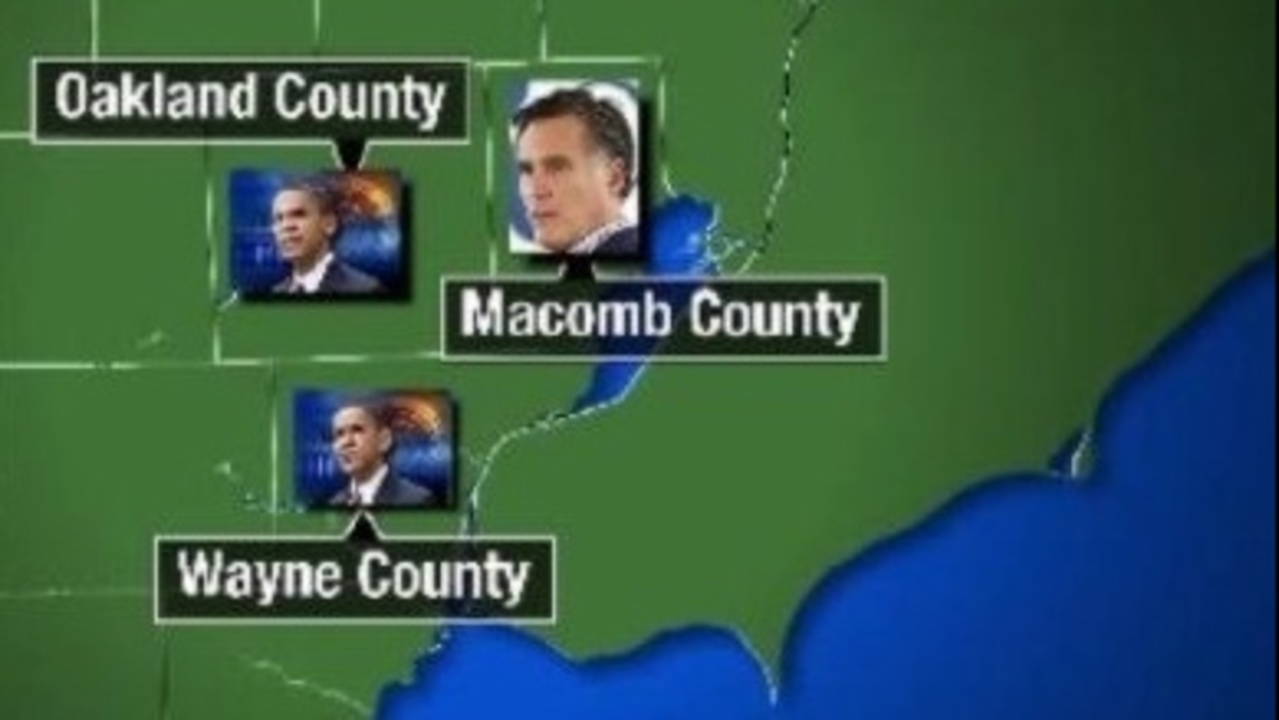 "Barack Obama and Mitt Romney are tied amongst men, but when it comes to women Obama holds a 13-point lead," said pollster Richard Czuba. "I think that is a very large margin and a very dangerous margin for Republicans."

The survey tested respondents on multiple issues, but it's the economy that, in the words of Czuba, is Obama's Achilles heel. The candidates are statistically tied when it comes to the economy. Romney has 45.8 percent support and Obama has 45 percent.

When it comes to the candidate's likability, 51.3 percent of respondents would rather sit down to have dinner with President Obama than Mitt Romney. Just 31.3 percent said they would choose Romney.

What about Paul Ryan's influence?

The numbers, according to the survey, show Romney's new running mate, Paul Ryan, has not helped gain support in Michigan. According to the survey, 24.3 percent of respondents are more likely to vote for Romney now that Ryan is at his side, and 21.3 percent are less likely to vote for him due to Ryan's influence. However, the real number is the 53.3 percent who say Ryan being added to the campaign doesn't matter to them. He has not affected their opinion on Romney.

What about Stabenow, Hoekstra showdown? 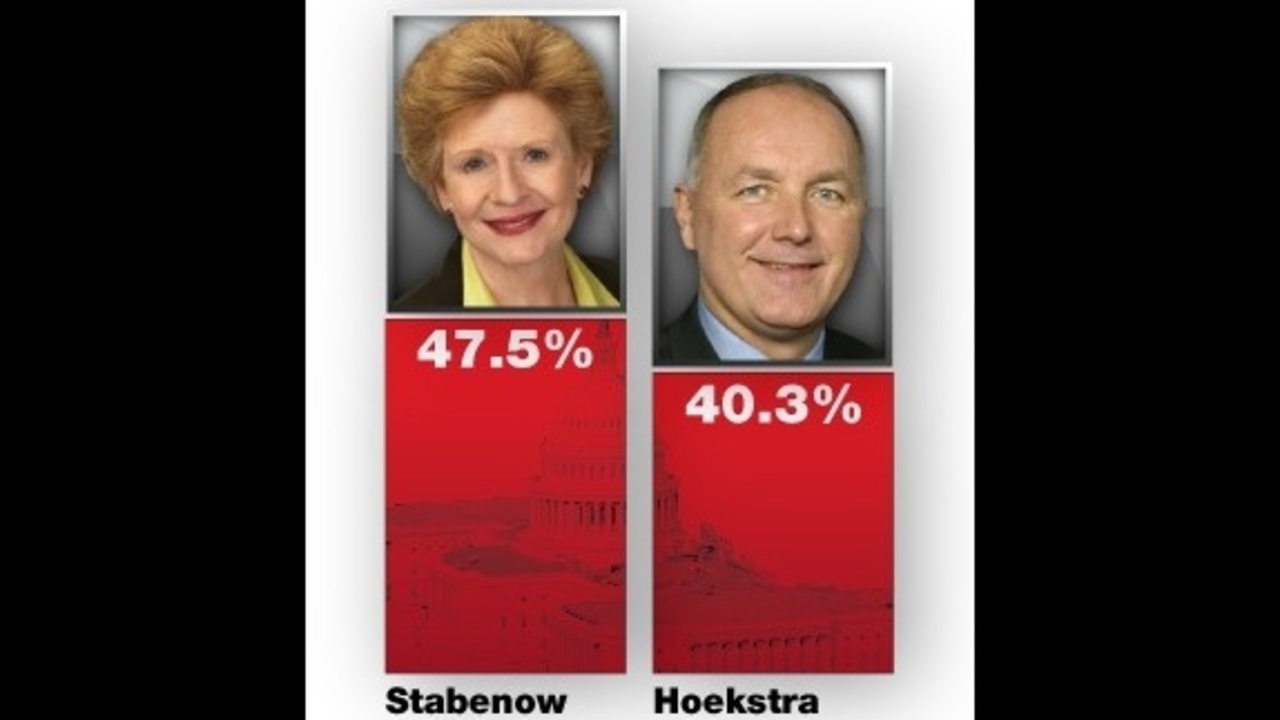 Senator Debbie Stabenow, according to the survey, is in the lead in Michigan with 47.5 percent of respondents supporting her to Pete Hoekstra's 40.5 percent. Women are fueling that spread. They are coming out for Stabenow by more than 15 percent. Independents also favor Stabenow by almost that exact margin.

"In a lot of ways, the numbers mirror what's happening in the presidential race in Michigan," said Czuba. "You have both candidates largely splitting the male vote, but in this case you have Debbie Stabenow with a 15-point lead among women. That is going to be a very significant challenge for Pete Hoekstra to overcome. He's got to do something to reach out to the female vote if he wants to win."

The numbers show that both campaigns and super PACs are going to dump millions of dollars in Michigan to energize their respective bases.