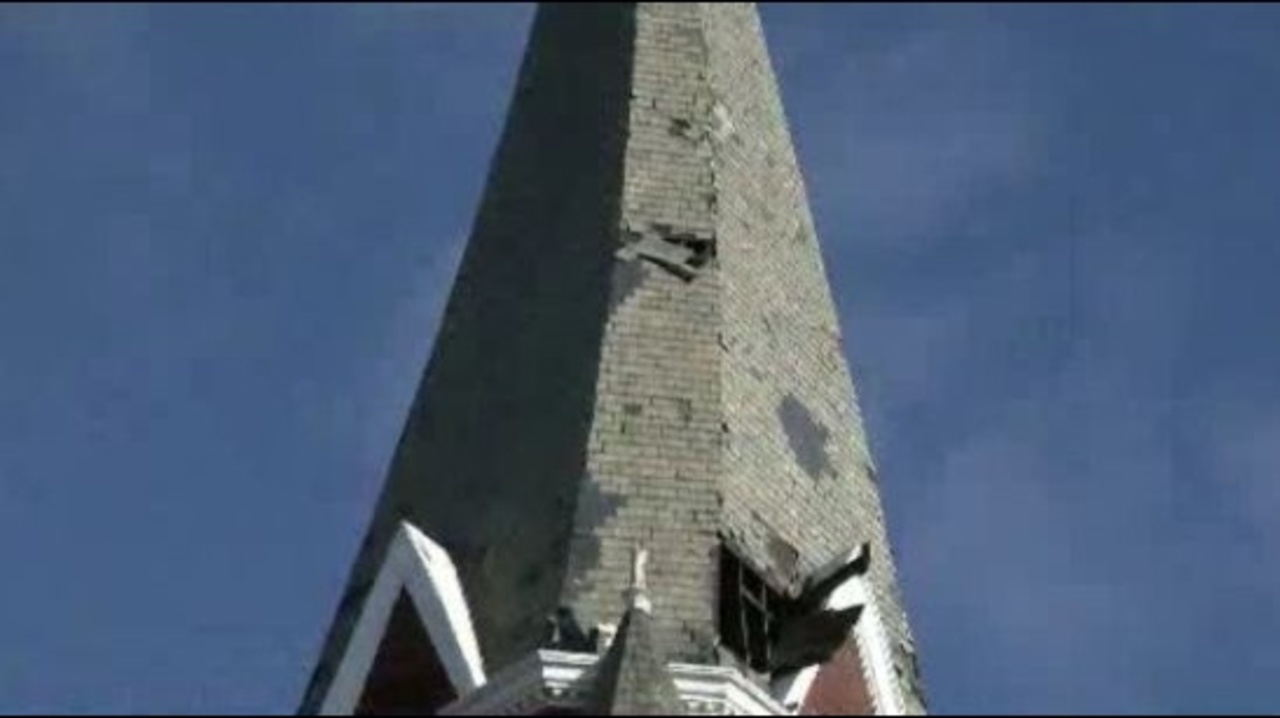 The three steeples can be seen standing with the Renaissance Center as a symmetrical backdrop. It's an iconic site which drivers have gazed upon since the skyscraper was built.

However, the tallest, middle steeple now is buckled on the west side. When the windstorm hit this week neighbors heard an unusual sound for a Sunday evening.

"The bell rang for about like, I'd say possibly 10 or 15 minutes real hard. I'm talking about it was, 'Boom, boom, boom,'" said Germaine Johnson, who lives nearby.

The storm poked at least two holes in the structure and tore loose many slate shingles. More fell on Tuesday as crews removed debris.

Meanwhile, the building is closed and surrounding streets have been blocked off.

"It was almost surreal," said Kevin Piotrowski, president of the church council.

Piotrowski said it's almost like seeing a family member get injured.

"When you're coming south on 75 and you see that steeple in alignment with the Renaissance Center, I mean that is such a powerful message," he said.

The steeple has stood for 112 years. 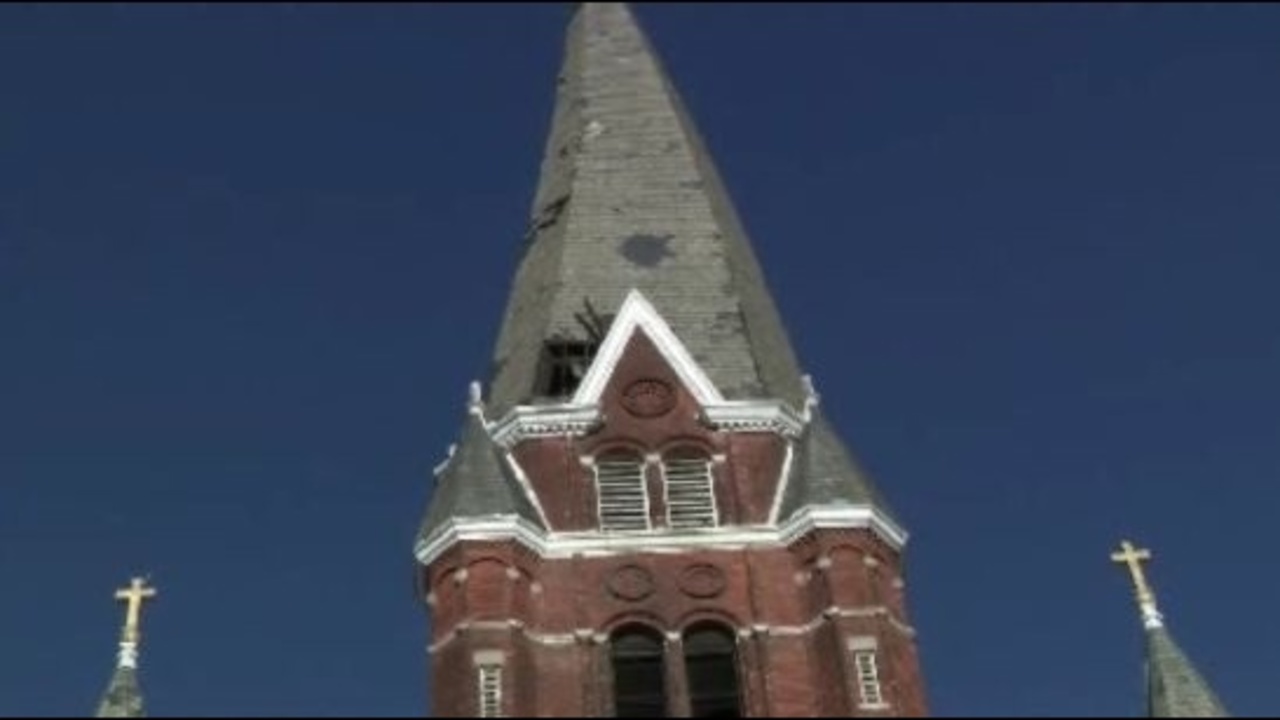 "To repair it, it's a little bit too far gone to repair. So there is an option to take off the steeple and to cap the roof," said Joe Kohn with the Archdiocese of Detroit.

The steeple will be capped at the base for now. St. Josaphat will reopen sometime in 2014.

Until then, all masses will be held at neighboring churches.