Coronavirus in Michigan: Here’s what to know March 3, 2021

"We're not here to spread any problems, cause any problems. We're here out of love because God says this is not right. Matter of fact, in his words he calls it an abomination," said pastor Rex Evans.

"I don't believe they all can possibly think that love can only be between a man and a woman and marriage should only be between one man and one woman," said Meredith Peltonen.

The bitter cold didn't stop defenders of traditional marriage and those fighting for equality from protesting Monday morning outside the federal courthouse in Detroit where a judge has been hearing arguments on gay marriage and adoption by gay Michigan couples. 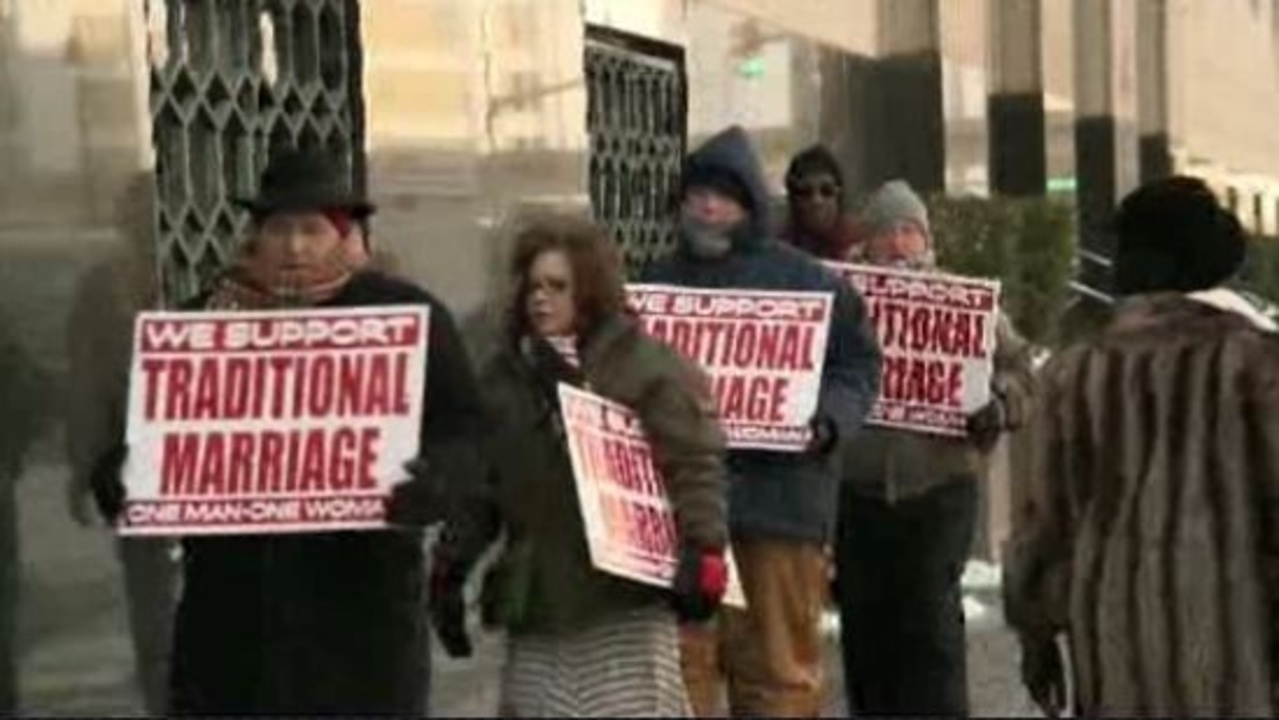 This comes after a lesbian couple challenged the Michigan ban, saying it violates their constitutional rights to get married and adopt each other's children

"I've been with my partner 27 years and I don't think it's ruined anybody else's marriage, and that's really what I would like to say. Love is love," said Roxanne Minch.

Opponents say the court has no business getting into the gay marriage debate, an issue that was narrowly voted down by Michiganders a decade ago.

"So who has the right to change that. You want to change that? Take it back to the voters. Don't be God and say we're gonna change it," said Rev. Willie Pitts.

"I believe that God loves everyone. I have four children, two gay, two straight, and I think they all deserve to marry whomever they love," said Cyndi Peltonen.

The county clerk at the heart of this legal challenge, Lisa Brown, said she supports same-sex marriage but she is not able to issue the marriage license because of the law.