Get $20 off a pair of Apple AirPods Pro

DETROIT – Due to the Gordie Howe International Bridge construction project, starting Monday several roads will be permanently closed between South Street and Jefferson Avenue to allow for construction of the U.S. Port of Entry in Detroit.

These roads will be permanently closed to traffic:

This map shows the streets that are closed: 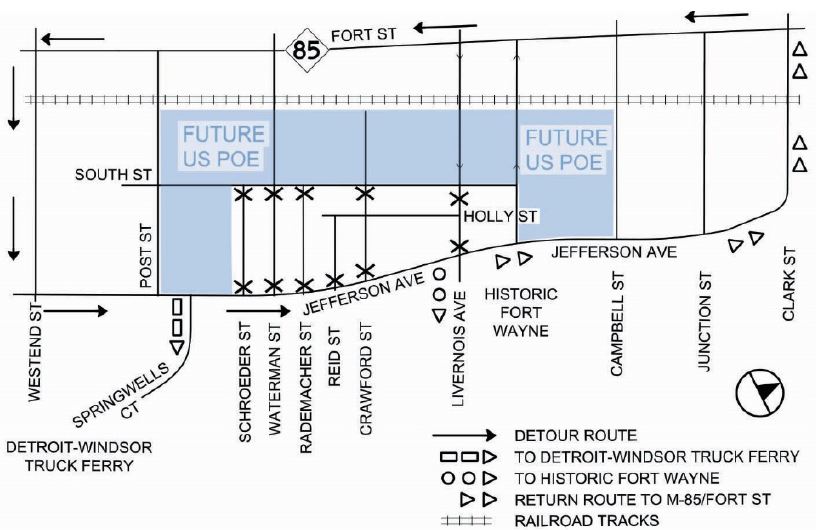 Construction on the Gordie Howe International Bridge started in October in Windsor. A ceremonial groundbreaking was held with Canadian Prime Minister Justin Trudeau and Gov. Rick Snyder in attendance.

The bridge is estimated to be completed in six years, but with the new trade agreement in place, Snyder and Trudeau are trying to speed the process up.

The two touted an economic boom is expected with the new bridge.

"It's vitally important that two-way trade at this point offers as effectively and efficiently as possible. This project and what it will achieve was, of course, important last week but it's even more important this week," Trudeau said.

Trudeau said he was working with Snyder on ways to accelerate the bridge's completion.

One of the proud attendees at the ceremony for the was Dr. Murray Howe, son of the famed Detroit Red Wings player. He said he couldn't be prouder to see his dad's name honored this way.

"I'm so grateful that he was able to be told about it," Howe said, "And he said, 'That sounds pretty good to me,' and that's his way of saying, 'Really, wow, that's amazing.'"

The expected life span of the bridge is 125 years.

Here are the most up-to-date renderings of the bridge from the WDBA, which is managing the procurement process for the design, construction, operation and maintenance of the:

This map shows where the bridge will span the Detroit River: