DETROIT – In a deposition, a Founders Brewing Co. manager claimed he didn't know an employee was black after the worker filed a racial discrimination lawsuit against the Michigan brewery.

Read the lawsuit at the bottom of this article.

The controversy has led to Founders pulling out of the Michigan Brewers Guild 11th Annual Fall Festival this weekend.

According to the suit, Tracy Evans worked at Founders from 2014 to 2018. The lawsuit alleges Evans, who is black, was fired shortly after telling a supervisor he was going to meet with human resources to discuss a racist work environment.

Co-workers used racial slurs around Evans and the company called its printer managers used the "white guy printer," while the general employee printer was named the "black guy printer" the lawsuit states.

Read the deposition below: 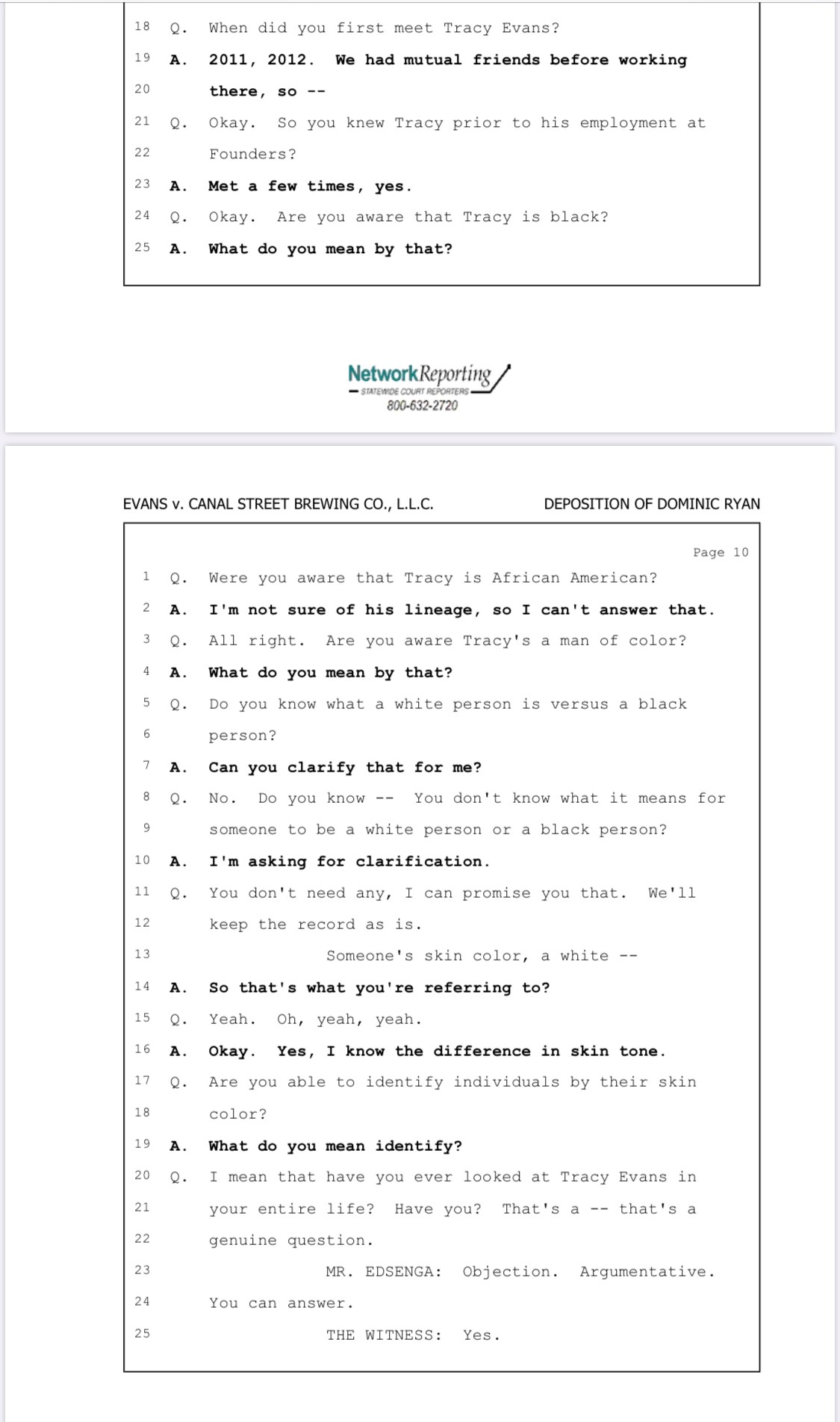 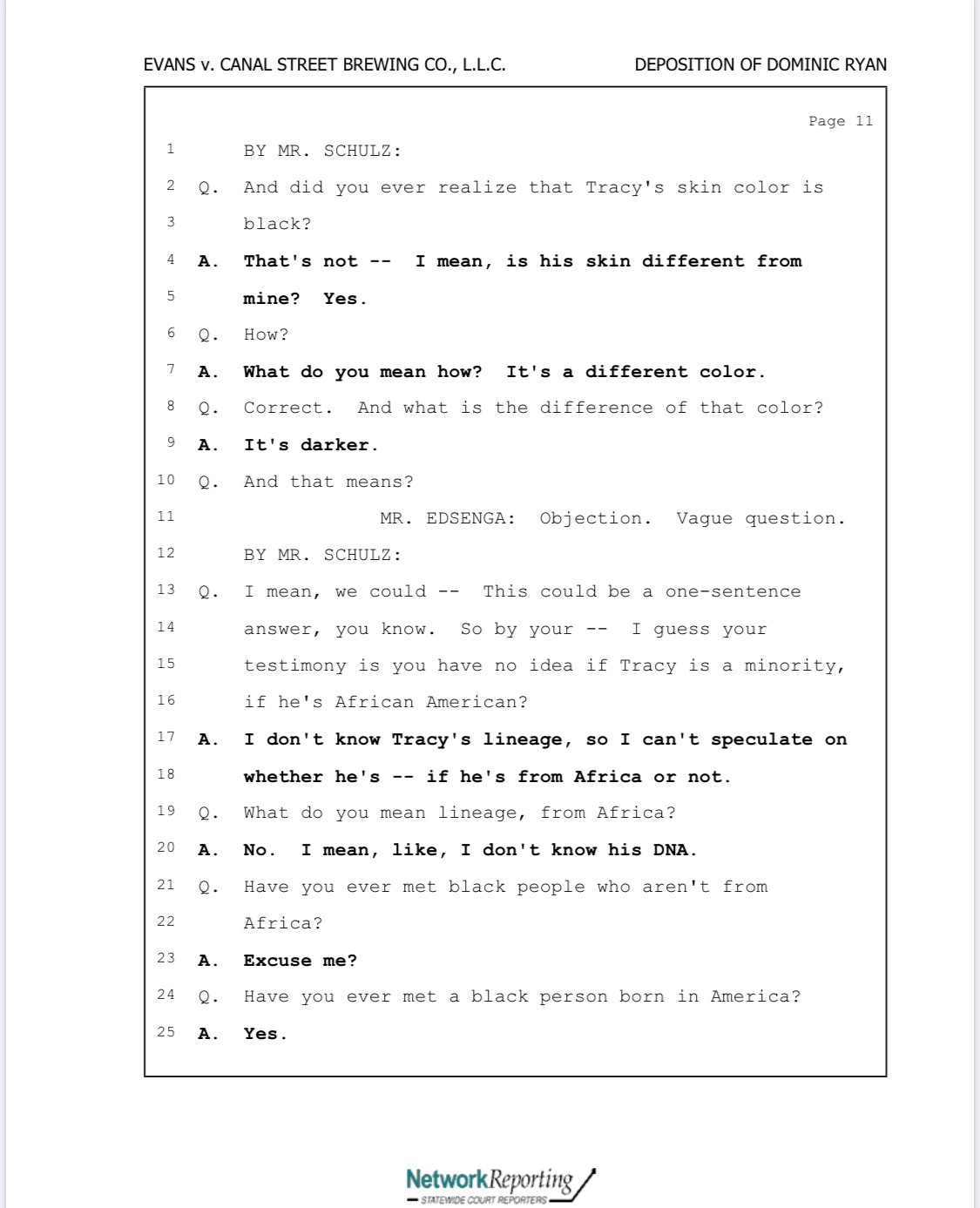 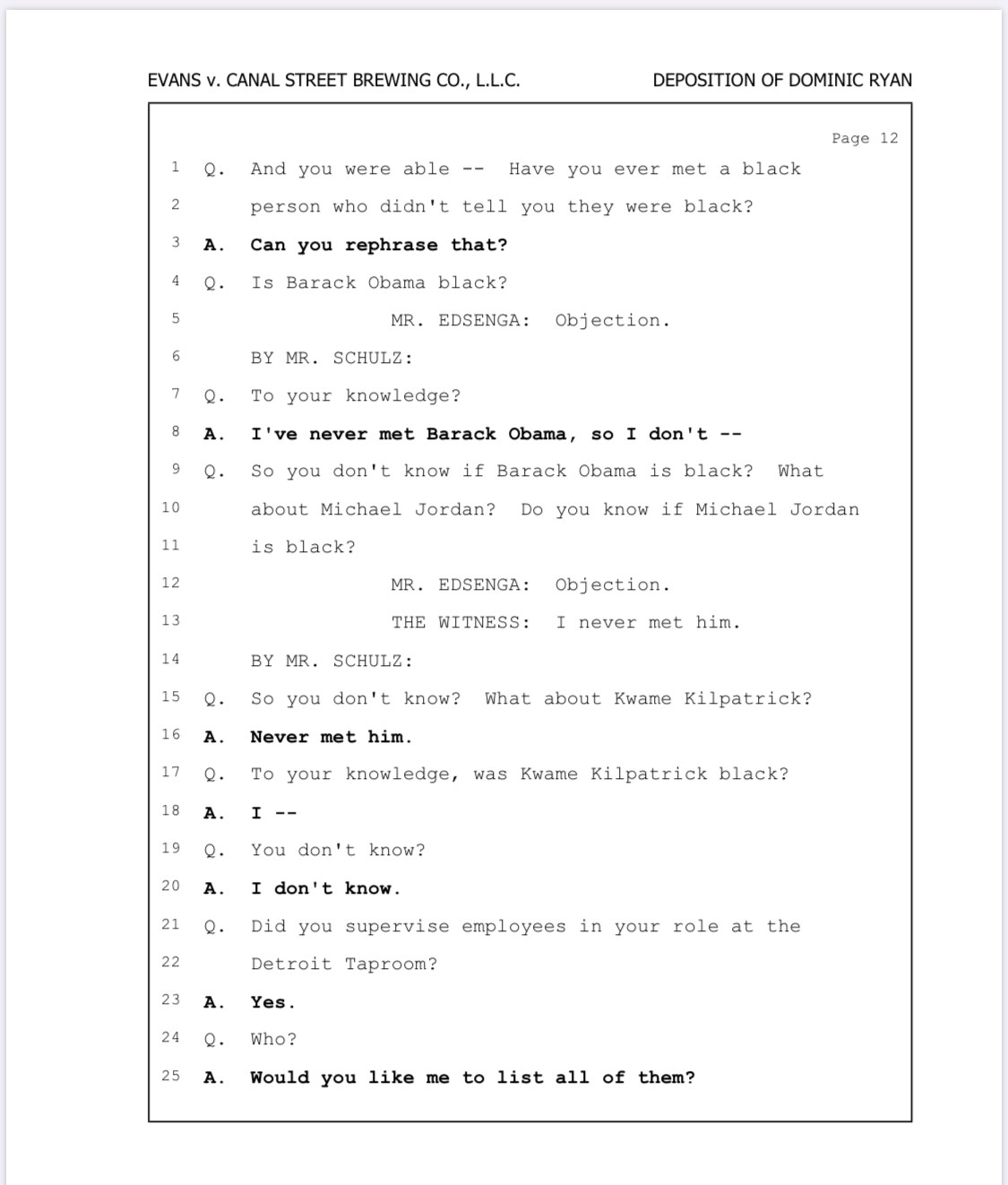 A statement from the brewery says Evans was terminated because of his job performance and no other factors.

Read the statement below:

"Founders will soon be providing its full response to Mr. Evans' claims when it files a motion to dismiss the case in its entirety. This motion will include documentary proof that neither Mr. Evans' race nor retaliation played any part in Founders' decision to end Mr. Evans' employment. I would ask that you reserve judgment or comment on this case until you actually see the evidence presented by the parties.

"In the event that you will not, I understand that a person unfamiliar with most of the facts in this case, and a person unfamiliar with the obligations that individuals are under when they give deposition testimony, might perceive Mr. Ryan's statement as noteworthy.  It is not.  First, as I doubt you're aware, Mr. Evans himself has testified – unequivocally and under oath – that Mr. Ryan is not racist and was his friend; so whatever point Mr. Evans is trying to make by leaking deposition testimony to you is undone by his own words. Second, this testimony is not Founders' defense in this case as you allege. Founders evaluated and decided to terminate Mr. Evans based only on his job performance. Mr. Evans' poor job performance will be apparent when Founders files its upcoming motion. Third, through this testimony, Mr. Ryan was simply saying that he does not assume anything about individuals' race or ethnicity unless they tell him that information.  While it might be acceptable to speculate about this type of thing in casual conversation, Mr. Ryan was not having a casual conversation.  He was under oath when he made these statements.As all deponents are instructed, Mr. Ryan was directed not to guess, assume or speculate in his deposition. This is the reason for his answer.

"The fact that Mr. Evans is selectively leaking this type of information to you indicates that, unlike Founders, he has no evidence to support his position in this case. Founders looks forward to its day in court, and, now that discovery has closed, it is more confident than ever that it will prevail."

Below is the lawsuit against Founders.