DETROIT – The Detroit Tigers have made two minor pitching moves this offseason as they continue to rebuild toward a brighter future.

Lefty Matt Moore and righty Tyson Ross were both signed to one-year deals over the last two weeks. Those are solid moves for a team that's just trying to get through another year because both pitchers have been very good in the past and have a non-zero chance of being trade chips at the deadline.

Neither Moore nor Ross are part of the long-term plan, though.

The Tigers should be ready to compete for the postseason by 2021, and there are several talented young pitchers in the organization. General manager Al Avila is counting on at least five of those arms panning out to give the Tigers a strong rotation to lean on.

On Thursday, we dreamed of the perfect Tigers lineup two seasons from now. It's time to turn our attention to the future starting rotation. There's one rule: To be on this list, the player must be under contract with the Tigers through at least the 2021 season.

There will probably be new pitching prospects added to the organization via the draft or the trades, but for now, we'll stick with the players who are already part of the system. 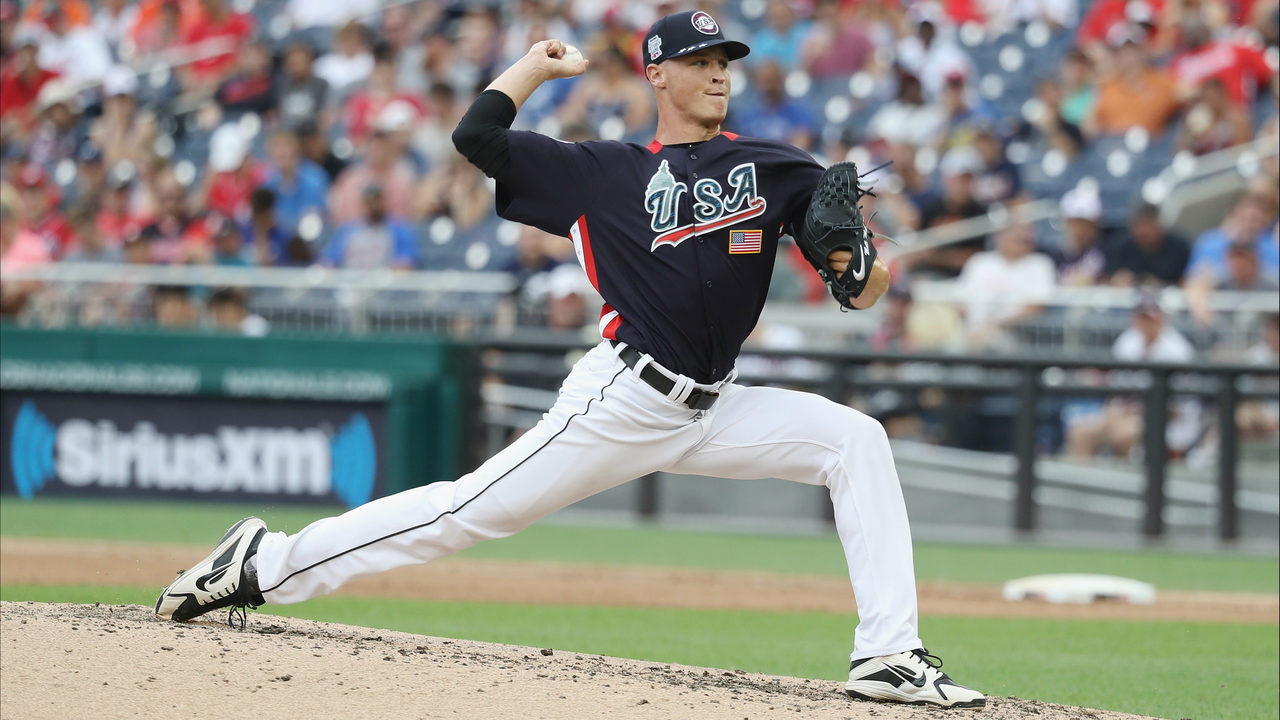 He isn't the team's No. 1 pitching prospect or the closest to reaching the MLB level, but in the best-case scenario, Matt Manning would be the Tigers' future ace.

Manning is the No. 2 prospect in the Tigers' organization and the No. 53 prospect in baseball. He's struggled with control because of inconsistent mechanics, but it's not unreasonable to expect him to nail those down by 2021.

Manning can reach the upper 90s with his fastball and his best secondary pitch is a curveball. He's only 20 years old, so if he maintains those two above-average pitches and improves his changeup, he'll have an MLB arsenal.

The Tigers reached for Manning at No. 9 overall in the 2016 draft, and so far, the move has been rewarded. 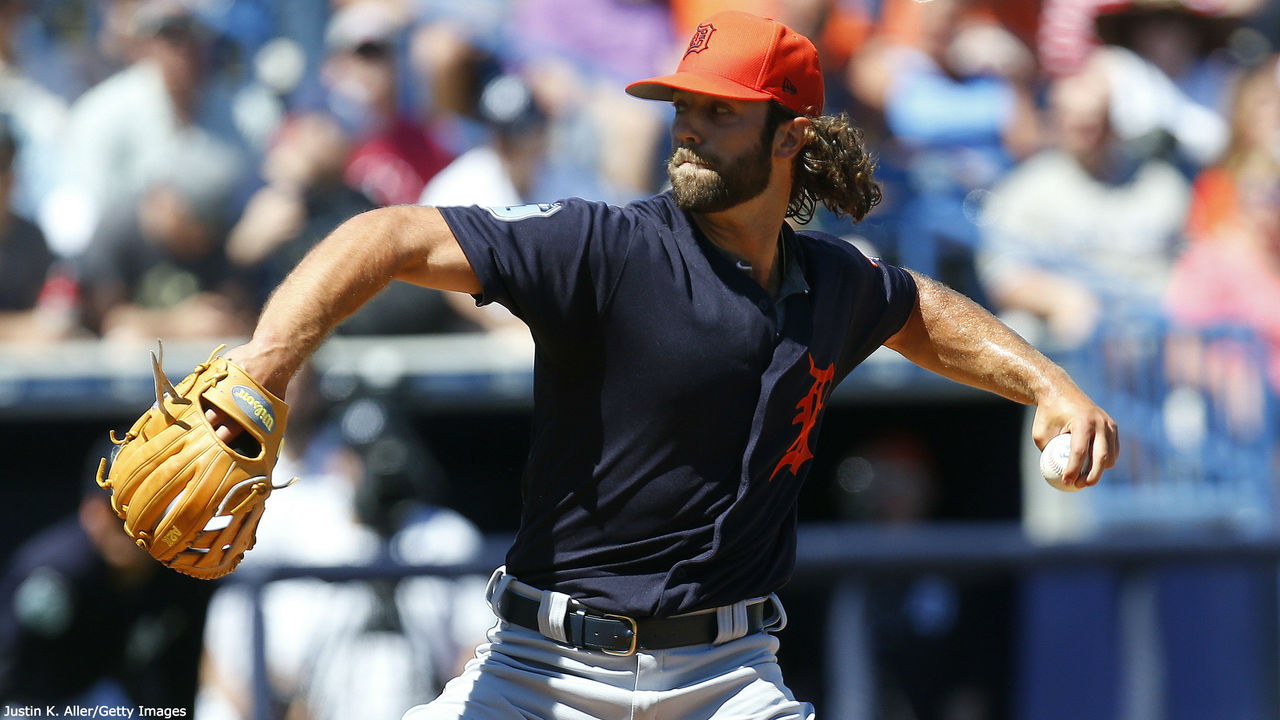 With so many top prospects currently in the minor leagues, Daniel Norris has become a forgotten man. He has battled injuries and inconsistency, and when in the big leagues, Norris hasn't even stuck in the starting rotation.

But the last two years have been disastrous for Norris. He has battled injuries and given up too many runs when he does take the mound. He hasn't looked at all like the top prospect the Tigers acquired.

There have been flashes of Norris' elite ability, but when a start goes south, he tends to let it happen quickly. Norris is only 25 years old, so the rebuilding Tigers need to continue to give him opportunities to tap into his potential and win a permanent spot in the rotation.

It's possible Norris won't even be a factor in the Tigers' organization by 2021, but the team badly needs a top-end left-handed pitcher, and Norris is the most talented one available. 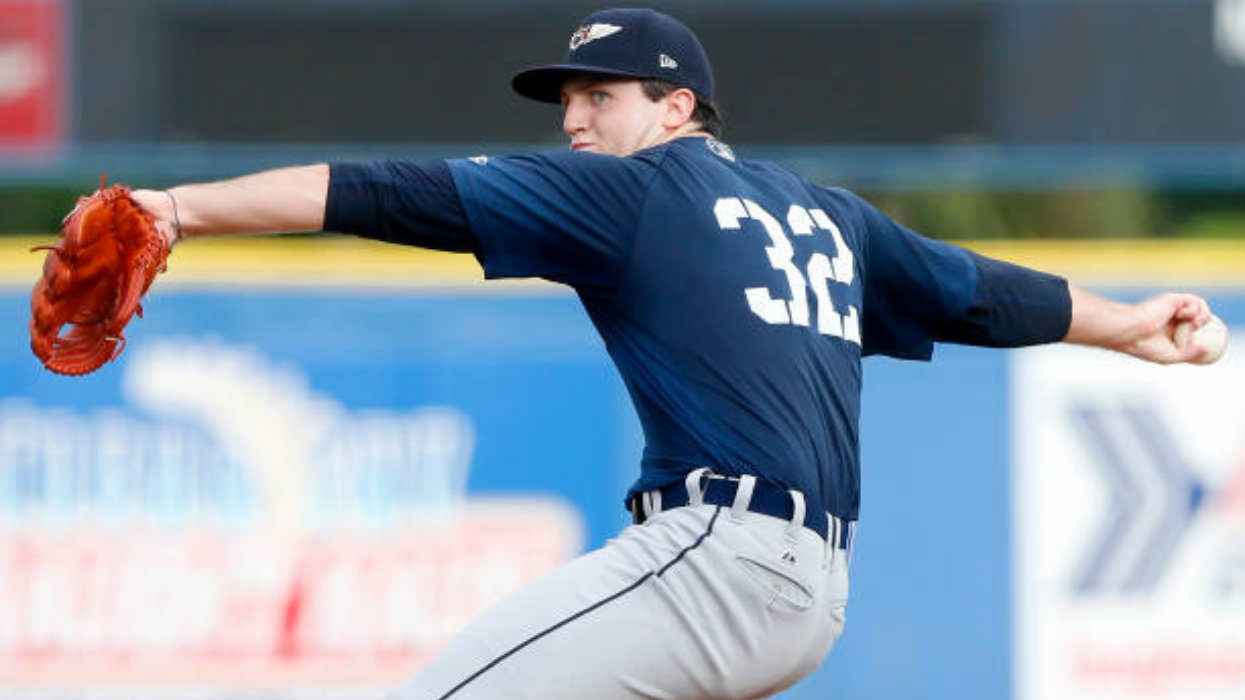 Casey Mize was the No. 1 overall pick in the 2018 draft, and he immediately shot to the top of the Tigers' prospect rankings.

Mize is the No. 3 right-handed pitching prospect in baseball and the No. 18 player overall. His splitter is deadly and he has three above-average pitches when he adds the fastball and slider.

What separates him from the rest of the pack is his ability to combine swing-and-miss stuff with elite control. His fastball can touch the upper 90s, and he puts batters away with a perfectly located splitter down in the zone.

One of the reasons the Tigers drafted him No. 1 overall is Mize isn't several years away from reaching the majors. He's 21 years old but could easily be a part of the MLB roster by 2021.

As the team's No. 1 prospect, there's certainly a chance Mize will be the ace of the starting staff someday, but in an ideal world, Manning and Norris will capitalize on their elite pure talent and become top-of-the-rotation options.

If Mize becomes the No. 3 starter, the Tigers will be in great shape.

The prized piece in the return for Justin Verlander has had some ups and downs in the Tigers' farm system, most recently missing most of 2018 with lat and shoulder injuries.

Perez is the rare 21-year-old who already has four pitches he can throw with confidence. His fastball and curveball are the go-to pitches, but his changeup is also effective against left-handed hitters. As with many Tigers' prospects, he's working to improve his slider.

Even though he's barely pitched in the Tigers system, Perez feels like a safe bet to be in the rotation in some capacity by 2021. He's got reliable mechanics for a 21-year-old and four pitches to keep hitters guessing.

In parts of four seasons in the minors, Perez has struck out more than a batter per inning with a fairly low walk rate and a solid WHIP.

If he can stay healthy in 2019, he should end up in Double-A Erie or even Triple-A Toledo by the end of the season. 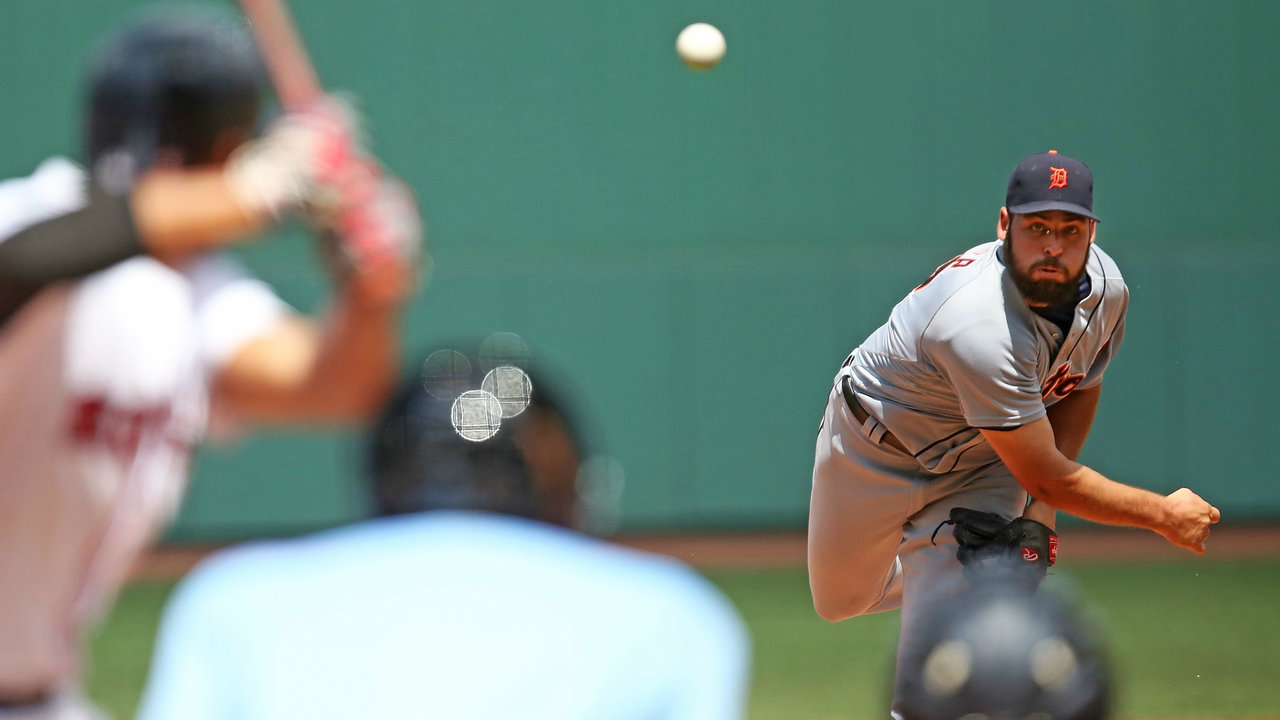 There are Tigers fans who believe Michael Fulmer has the potential to be an MLB ace, but he lacks some of the dominance of the other prospects.

Fulmer has done a nice job in three seasons, making 75 starts and averaging 152 innings per year. The 2018 season was the worst of the bunch, though, as he allowed 69 runs in 132.1 innings.

While Fulmer has a strong 1.19 WHIP and a low walk rate in his young MLB career, the strikeouts are simply too low for him to be a dominant starter. He's whiffing seven batters per nine innings, which leaves him susceptible to bad batted ball luck and makes it more difficult to get out of big innings.

The Tigers certainly aren't dismissing Fulmer, who has already won a Rookie of the Year award and gone to an All-Star game in his first three seasons. If he can at least recapture his run prevention abilities, he'll remain a staple in the starting rotation.

The Tigers are trying to make absolutely sure they have a deep crop of starting pitchers in the system in case some of the top prospects don't work out. For example, if Norris doesn't turn his career around, Perez continues to battle injuries or Fulmer doesn't bounce back, there are more options.

The only other left-handed starter that could be in the mix is Matthew Boyd, who's already had some success at the MLB level. Boyd will be 30 years old at the start of the 2021 season, so it's not like he'll be out of the picture.

Boyd hasn't shown signs he can be a top-of-the-rotation arm for a contending team, but he could fill out the Tigers' rotation if a few of the higher prospects bust.

The Tigers' first-round pick in 2017 was the third straight right-handed starter the team took with its first selection, but Faedo joined the organization out of college.

At Florida, Faedo was the star of the College World Series. He has an excellent slider to go with a good fastball, and the Tigers are working on his changeup.

Faedo made his minor-league debut in 2018 by pitching very week in high-A Lakeland. He posted a 1.02 WHIP and a .217 opponent batting average while striking out 51 batters in 61 innings. He struggled after a promotion to Double-A, allowing 15 home runs in 12 starts.

Faedo isn't as dominant as the other Tigers prospects, but he projects as a starter with good stuff and very good control.

Beau Burrows is the team's No. 5 prospect behind the four right-handed youngsters listed above. He has also been in the system the longest after being selected in the first round of the 2015 draft.

Burrows played a full season at Double-A Erie last year, striking out 8.5 batters per nine innings with a high walk rate and an inflated WHIP of 1.36. He surpassed 130 innings for the second straight season, though, and appears to be on track to reach the MLB roster soon.

The 22-year-old has been a strikeout-per-inning guy at times in the minors, but preventing runs has been a bit of an issue in Double-A. He's still a top 100 MLB prospect and certainly a part of the Tigers' long-term plans.

Since the Tigers have five right-handed pitchers ranked in the league's top 100 prospects, Kyle Funkhouser doesn't get much attention. But he has the stuff to be a potential MLB starter by the time 2021 rolls around.

Funkhouser was shut down midway through 2018 due to a foot injury, but not before he earned a promotion to Triple-A Toledo. He's got three good pitches with a fastball, slider and changeup, but his fastball is by far the best of the bunch.

The Tigers got Funkhouser as a bargain in 2016 because he decided to return to college after being selected late in the first round in 2015. He's striking out 9.7 batters per nine innings in 44 career minor league games, so he's got good enough stuff to make the Tigers' roster.