Vote in semifinal: Who did Detroit sports fans despise the most?

Sports is one of the few things in life that can bring everyone together. In this case, we're uniting to honor those athletes we loved to despise.

In the last few decades, we have witnessed some of the best sports battles, rivalries and moments in Detroit sports history. From championship bouts to brawls, ask a fan of Detroit sports about the Colorado Avalanche and you're sure to get a reaction.

So, in a show of respect to the athletes that attempted to hold us back from our dreams, we've launched a bracket tournament to decide who we despised the most. Who did we dread facing more than anyone? Who got under our skin? 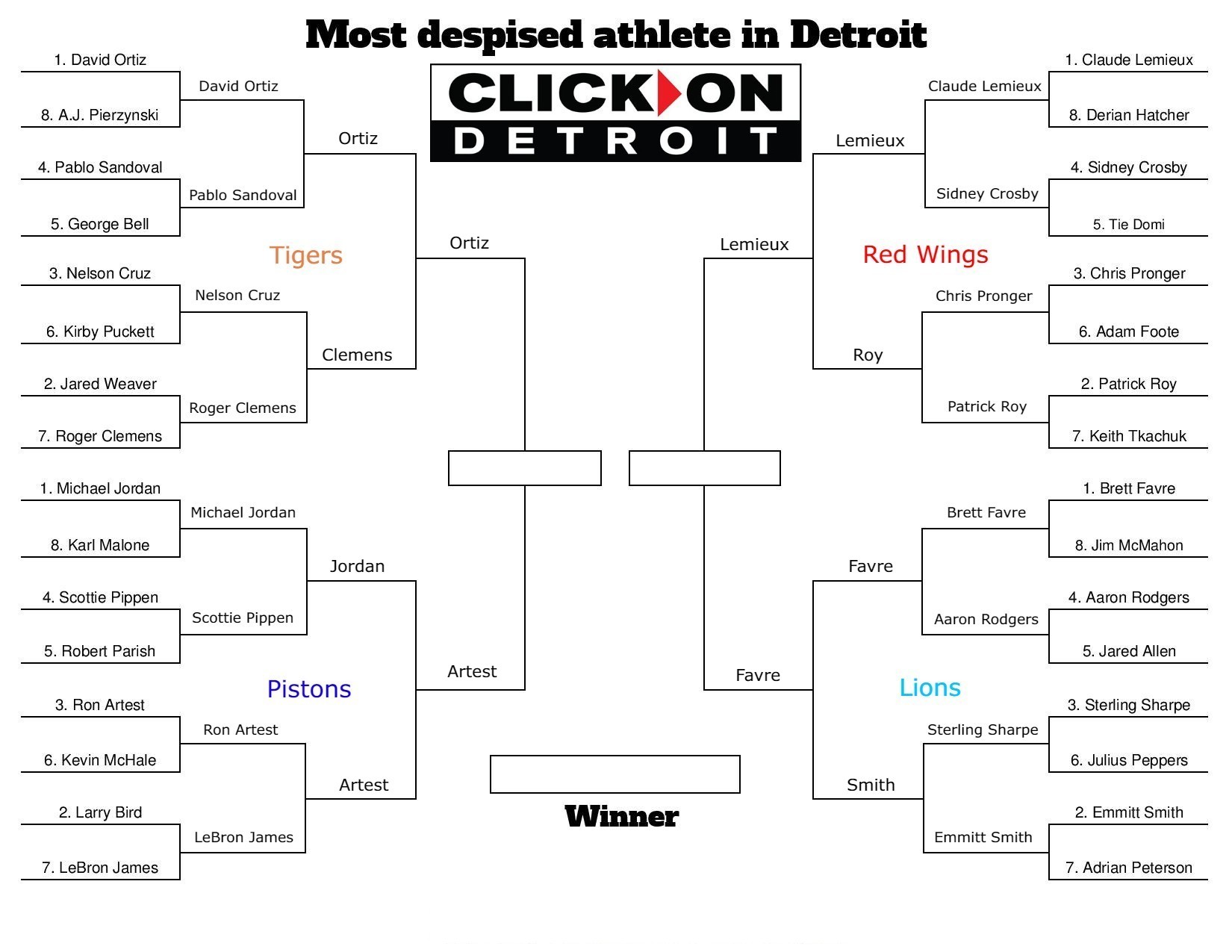 How the bracket works

We've split the 32-team bracket into four regions, for the four major sports leagues: NFL, NHL, MLB and NBA. We'll go round-by-round until we have a winner. Simple as that.

We're into the semifinal round -- with No. 1 seeds taking three of the spots. The exception being in the NBA region, where Ron Artest upset Michael Jordan in the regional final.

Here's how we arrived here:

Vote in semifinal round below: