Canton teen miraculously survives brain aneurysm with mother at her side

Dam Site Inn may be in distant location, but it's very much on dining map

PELLSTON, Mich. – In a figurative sense, this definitely isn’t a book to judge by its cover, because when you pull up, there’s no way it looks to be on the outside what it really is on the inside.

One turn down a back road and into the parking lot of the Dam Site Inn, and it certainly doesn’t give an impression that you are turning into anything but a random house in the country.

The outside looks like your typical residence or even summer cottage in Northern Michigan, with nothing but farmland and trees surrounding it, along with a river a few hundred yards away.

It’s as if the only chance you would ever come to the front door is if you got a flat tire, had no cellphone reception, and this was the only way to call for help. But if you are going here on purpose, you might want to start preparing to be wowed, realizing the inside is a whole different world.

The Dam Site Inn (we’ll get to the origin of the name in a bit) is an appropriate name for this restaurant in multiple ways, but one way is how the doors seem to burst like a dam when they open as visitors flock inside.

Tour buses with either tourists or senior citizens from a nearby living center are often seen in the parking lot.

This restaurant is only open four hours a day Tuesday through Saturday and for six hours Sunday, so the doors swinging open can often be akin to people rushing into a concert for general seating.

People come for the elegant setting that features fresh white cloth on each table, fine china and wines displayed along the walls and medieval-themed decorations, including a knight statue that stands in the lobby.

But mostly, they come for the famous chicken dinners and sides.

When people in Michigan think of chicken dinners and sides, they naturally think of Frankenmuth, a small town in the middle of the state that serves as a popular tourist haven.

The difference is that Frankenmuth is an entire city with multiple restaurants that are open year-round, along with shops and streets with horse-drawn carriages.

The Dam Site Inn is simply a house in the middle of nowhere that’s only open for five months of the year, but those who visit know it’s more than just the “Frankenmuth of the North.”

In fact, Frankenmuth just might be the “Dam Site Inn of Mid-Michigan.”

“People do compare us to Frankenmuth,” said Pam East, the restaurant’s owner. “We are done differently. The similarities are that we both serve all-you-can-eat chicken and all-you-can-eat sides, but we actually prepare our chicken different.”

“We are very particular on the chicken,” she said. “We don’t want it to have any preservatives in there or anything like that. We get it in fresh, and it’s used within a couple of days.”

Side dishes, such as mashed potatoes, buttered noodles and peas, are similar to what's offered in Frankenmuth. But instead of stuffing, the Dam Site Inn serves biscuits and provides warm washcloths after every meal.

“The biggest problem is that people will come in and say, ‘Well, I know I had stuffing in here last time,’” East said. “We never have had (stuffing). That is Frankenmuth.”

No reservations are taken at the restaurant, but the seating by design is large.

“We can easily accommodate 20 people in a group,” East said. “That’s not something a lot of restaurants do anymore, or won’t do. We don’t take reservations. We consider ourselves a family-oriented restaurant and encourage the big families. We have big round tables so people can all sit around, see each other and talk."

East admits the place is not a “destination restaurant” that people come visit on the way to the movies or shopping. So, how has the Dam Site Inn been such a fine dining attraction for nearly 70 years?

Reflecting on past, looking toward future 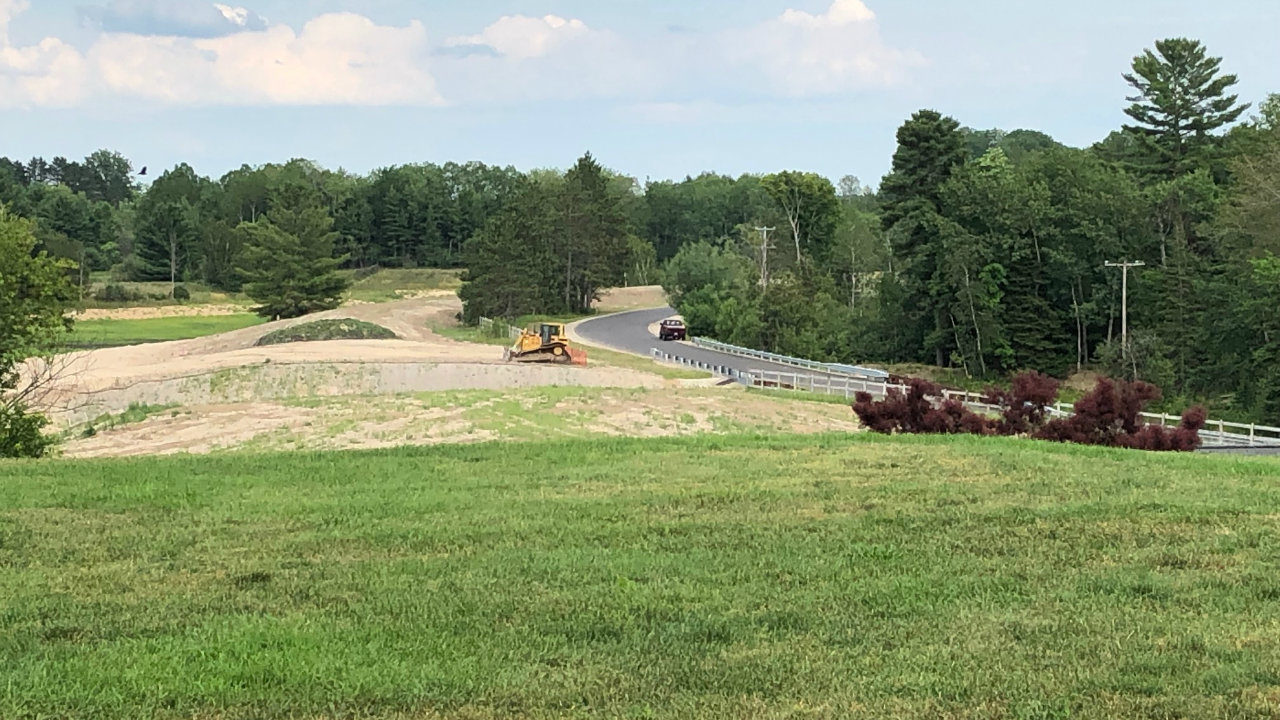 The Dam Site Inn opened in August 1953, with the menu mirroring one used at a restaurant across the street called the Maple River Inn that opened in 1923 and was in business until 1947.

The restaurant’s name was derived because it was down the road from a sawmill that had a power dam; but even when the sawmill closed, another separate dam within view of the restaurant was built for the nearby Maple River.

Last year, that dam was torn down because sediment from it was harming the trout in the river, which is classified as one of Michigan’s best streams for trout fishing.

East said it cost more to renovate the dam than tear it down, so it was removed, and the nearby lake has since disappeared as well, leaving just the free-flowing Maple River on both sides of the road.

Already the owners of a restaurant in Roseville, East’s parents, Betty and Joe Church, bought the restaurant in 1977, wanting to move and settle in the more laid-back northern part of the state.

They owned the restaurant until 1992, when it was bought by East and her husband, Ray.

Pam and Ray East are on the brink of retirement, but just like the Dam Site Inn was handed down from their parents, they are handing down the business to another generation.

The Easts have two daughters, Erica and Olivia, and if all goes according to plan, by next year, Olivia and her husband, Steven Brinks, will take over the reins.

Pam East said Olivia and Steven Brinks practically grew up in the restaurant, working as hosts, dishwashers, and on the waitstaff.

The only time the restaurant closed for a private event was for Olivia and Steven’s wedding.

“If all goes well, next season, they will be in control,” Pam East said. “They will be the owners.”

But until then, Pam East, who also happens to be an expert pumpkin carver, will enjoy the rest of the summer and a fall where visitors will come to view all her pumpkin creations and feast on dinner.

Until it closes for the winter in October, no doubt there will continue to be the stream of visitors pouring through the doors who full well know what a gem the Dam Site Inn is on the inside, even if it looks so ordinary on the outside.