Pedestrian dies after being hit by vehicle in Monroe

Bath Township, known for being home to the worst mass murder at a school in U.S. history, is about 100 miles northwest of Detroit.

In 1927, the town of about 300 people was the victim of a gruesome attack at its school. The attack was executed by a former school board member, Andrew Kehoe, who was seeking revenge for losing an election.

His rampage killed 45 and injured 58.

In 1922, Bath opened Bath Consolidated School, which brought all the region's students under one roof. The move was an educational upgrade, but it also was more expensive, and Bath raised property taxes to pay for it.

As a farmer and treasurer of the township school board, Kehoe was not happy with the decision.

Kehoe was appointed as the Bath Township Clerk in 1925, but was defeated in the 1926 spring election. The combination of losing the race, along with the news that his farm was facing foreclosure, seems to have triggered his plan for retaliation.

Moreover, Kehoe's wife was ill with tuberculosis, and he had stopped making mortgage payments. He had a reputation as frugal and hot-tempered in the town.

Read another ClickOnDetroit feature: When the 'Purple Gang' ruled Detroit

How did Kehoe pull it off?

Over the course of several months, Kehoe made various trips to the school, packing it with dynamite.

He studied electrical engineering at Michigan State University, and after college worked as an electrician in St. Louis.

In the fall of 1926, Kehoe drove to Lansing and bought two boxes of dynamite. Dynamite was commonly used on farms, so this didn't raise any red flags.

The dynamite was wired so perfectly that after the disaster police didn't believe he was working alone. According to Charles Lane, state fire marshal, the electrical wiring leading to the dynamite and powder charges planted in the school building were so well done that he was not sure it could have been installed by one person.

Enough unexploded dynamite and powder was found to fill a small truck, and Lane expressed doubt that Kehoe could have gone into the schoolhouse, night after night, with small quantities of the explosive, as would have been necessary, had he been unaided.

Kehoe had loaded the trunk and backseat of his car with metal debris. He also equipped it with new tires, so the truck wouldn't break down while transporting the explosives.

The day of the disaster

On May 18, at about 9:45 a.m., Kehoe's dynamite exploded in the north wing of the school, killing 38 people. An alarm clock had been scheduled to detonate the dynamite.

Miss Bernice Sterling, a first-grade teacher, told the AP: "I saw the bodies of my children hurled against the walls or through windows. Then I don't remember much what happened. The explosion stunned me and I could not do much until help came."

During that time, Kehoe, after murdering his wife and destroying his farm, got into his explosive-laden truck and drove to the school.

Neighbors noticed the fire, and rushed to the farm, but quickly turned around to head to the school explosion.

Later, police found a short circuit in the wiring which stopped the attack from being even worse. More than 500 additional pounds of dynamite were found in the south wing of the building, unexploded.

The aftermath of the disaster

Overall, the attack killed 45 and injured another 58. The tragedy claimed 1/4 of the children in the town.

The following day, investigators searched Kehoe's burned-out farm, finding his wife's body in the ashes with her skull crushed.

Investigators believed Kehoe killed his wife out of fear that she would divulge his plans, perhaps killing her even days before the attack.

Victims' bodies were placed in a temporary morgue set up in the school yard while ambulances carried injured people to hospitals in Lansing.

In another part of the school's basement, police found a gasoline container fitted so that the expansion of the gas would force the vapor through a tube to a spark gap where it could have exploded.

Investigators believed this was Kehoe's backup plan if the bombs didn't work.

The attack made headlines nationwide. From coast-to-coast, Kehoe was called a maniac and a madman.

His body was claimed by his sister and was buried in an unmarked grave in Clinton County.

In the days following the attack, many neighbors told investigators of suspicious behavior they had observed leading up to the massacre.

One neighbor, Sidney Howell, testified that Kehoe warned him and three boys to leave the farm, telling them, "You better get out of here, you better go down to the school," following Kehoe's house fire.

David Harte, who lived across the street from Kehoe, said he believed the plot had been in the works for months.

For at least 10 days, Harte said, Kehoe had been busy on his farm stringing wires together.

Bernice Sterling, a kindergarten teacher, recalled Kehoe giving her some chilling advice when she asked to use woods owned by Kehoe for a picnic.

Kehoe responded to the request by saying, "If you are going to have a picnic, you would best have it right away."

After a week of testimony, the school board was exonerated of any wrongdoing, and the jury concluded that Kehoe operated on his own.

Through the ruins of Kehoe's home, police found a sign attached to a fence, reading: "Criminals are made, not born." 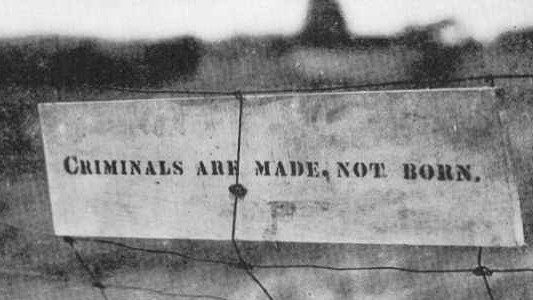 After the attack, Bath received donations from around the country. School resumed Sept. 5, 1927, and was held in the community hall.

The school board decided to demolish the damaged portion of the school to construct a new wing. It was named the "James Couzens Agricultural School," after the senator.

In 1975, the school was demolished and the site was redeveloped as a memorial park. In 1991, a Michigan Historical Marker was installed at the site with a bronze plaque honoring the names of the victims.

From 2002: Roger Weber goes to Bath to talk with survivors

In 2002, Local 4's (now retired) Roger Weber returned to Bath to commemorate the 75th anniversary of the disaster. He spoke with survivors, still residing in the township.

Martha Horton, a survivor of the blast, said everyone was in a state of panic. She was trapped on the second floor of the school when it happened.

ALSO SEE: From the vault: 'Six Days in July' coverage of the Detroit '67 riots

"We were sort of raised out of our seats. The pastor came down and then we were panicked," said Horton. "In most cases, we remember our fallen soldiers. We should remember these children, who were so innocent, and had to die that way."

Another survivor recalls seeing parents pray to the sky for their children. He said the disaster was not spoken of often after the event occurred.

"We never exchanged our memories. It was just shut out. Maybe that was a mistake," he said. "Maybe if we had counseling, it would have been brought out. But, we just kind of lived with these memories."

Watch Roger Weber's full report from 2002 here or below.

In 2009, NPR went back to Bath and found several survivors of the attack still living there. In their '90s, the survivors said, "We still look at ourselves as survivors. So you look after one another differently, because you know that the absolute unthinkable can happen, even going to school."

"The media came in and left. Three days after it happened, Lindbergh took off and flew to Paris, and that part of it was over," he said.

If you're interested in Michigan history, check out some of these stories: