Motown Museum focusing on next generation of artists

How Detroit played a role in the Underground Railroad

Welcome to the final round of the Rolling Stones region of the Classic Rock Bracket!

Rightfully so, the Rolling Stones are one of our No. 1 seeds in the bracket.

In the third round, The Rolling Stones took out the Eagles, while Aerosmith knocked out Pink Floyd in a very close battle. The No. 1 and No. 2 seeds prevail.

Vote in Round 4 of Rolling Stones region below: 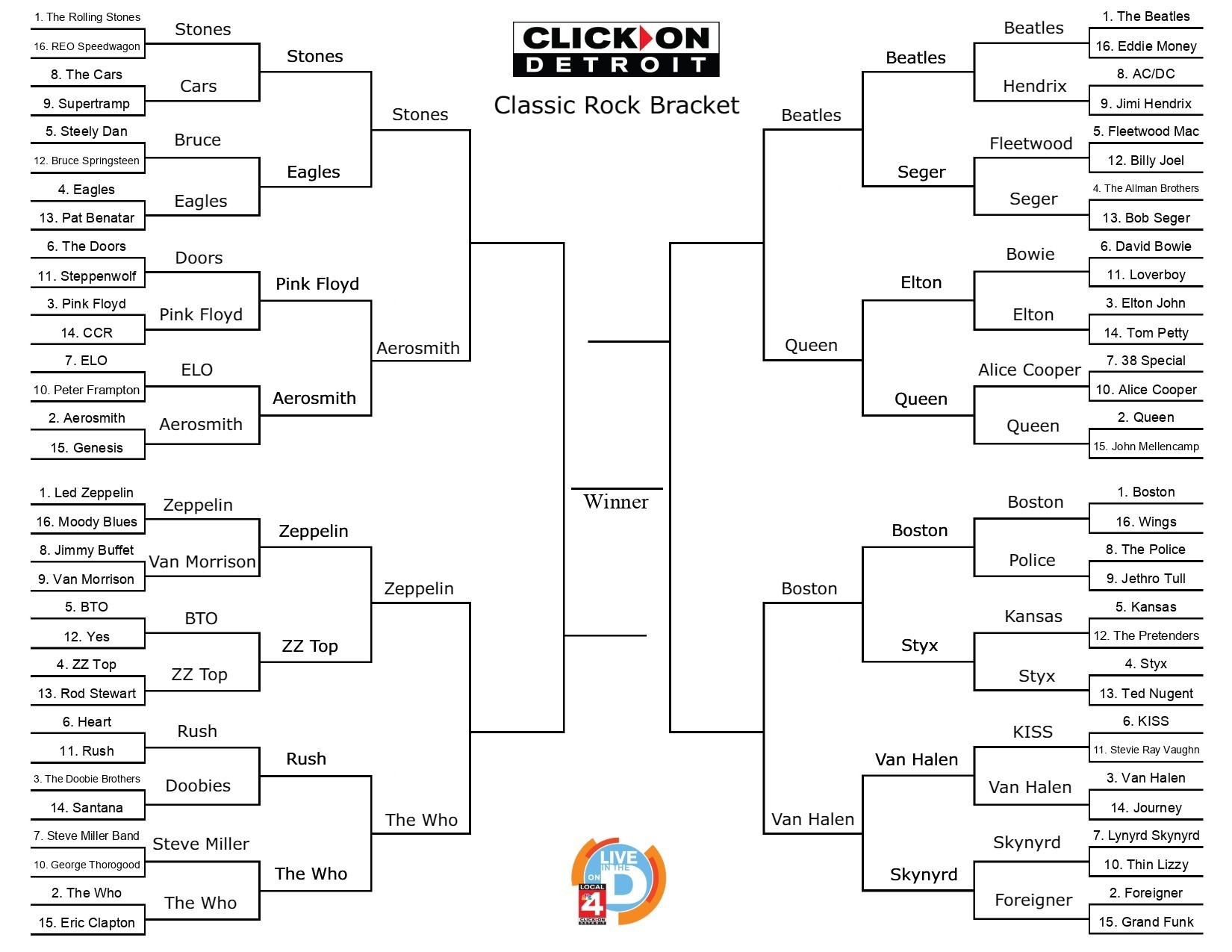