‘Who did this to Amber?’

ARLINGTON, Texas – The kidnapping and brutal murder of a 9-year-old Texas girl is what inspired the AMBER Alert system.

Her name is Amber Hagerman, and 26 years after she was kidnapped and murdered, her killer still hasn’t been caught.

Since it was created in 1996, the system has contributed to the rescue of more than 1,000 children.

The kidnapping and murder of Amber Hagerman 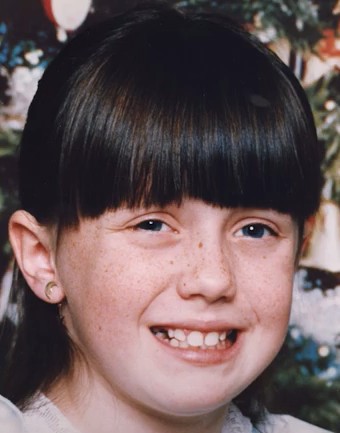 Amber Hagerman, 9, was riding her bicycle in a parking lot of an abandoned grocery store in Arlington, Texas on Jan. 13, 1996, when she was kidnapped.

A witness told police he saw a man get out of a black pickup truck, grab her off her bicycle and force her into his truck as she kicked and screamed. The driver fled the scene with Amber.

Four days later, a man walking his dog found Amber’s body in a creek about four miles from where she was abducted. Autopsy results revealed she had died of cut wounds to the neck, according to the AP.

As of January of last year, police had received and investigated more than 7,000 tips related to the case.

“I miss her every day and she’s just so full of life and I wanna know, why, why her? She was only a little girl,” Amber’s mother, Donna Williams, said last year.

Police said there is limited evidence in the case but they hope that new DNA technologies can help them catch the killer.

“I would love to be able to give Donna and Ricky and the rest of the members of their family the answer to the question that they would like to know and of course, that is, ‘Who did this to Amber?’ and bring this person to justice,” Sgt. Ben Lopez with the Arlington Police Department said last year.

What police know about the suspect

He is believed to be shorter than 6 feet and had a medium build and brown or black hair.

He had a black 1980s or 1990s full-size, fleet-side pickup truck with a short wheel base, single cab, and a clear rear window. There was no chrome or striping and no visible damage to the truck.

“I want to make clear here today we believe this case will get solved. We believe there’s no way the killer in this case could have committed the crime in the manner that they did without someone seeing, hearing, or having some knowledge of what happened,” Det. Grant Gildon with the Arlington Police Department said.

Read: Instagram partnering up with U.S. Department of Justice to send AMBER Alerts to users’ feeds

Amber’s death inspired Diane Simone from Dallas, Texas to call an area radio station and ask if local broadcasters could team up with police to get information out immediately following a child abduction, according to NBC News. That could changed thousands of lives.

Later that year, Dallas Fort-Worth Broadcaster’s established a coordinated system with police so they could warn the public when a child was kidnapped and in danger. The alert has Amber’s name, but stands for America’s Missing: Broadcast Emergency Response.

Other states and communities soon set up their own AMBER plans as the idea spread across the nation. As of May 1, 2022, the AMBER Alert program has contributed to the recovery of 1,114 children and wireless emergency alerts have resulted in the rescue of 123 children. There are 82 AMBER Alert plans throughout the nation.

The plan is in all 50 states, the District of Columbia, the Commonwealth of Puerto Rico and the U.S. Virgin Islands. The system is used internationally in 31 countires.

Read: What to do if your child is missing; National Missing Children’s Day shines light on child safety

What are the criteria for issuing AMBER Alerts?

Each state has it’s own criteria for issuing AMBER Alerts.

The PROTECT Act, passed in 2003, which established the role of AMBER Alert Coordinator within the Department of Justice.

The Department’s Guidance on Criteria for Issuing AMBER Alerts is listed below: