China's space station is free-falling back to Earth

DETROIT – Southern Michigan is listed within a region of Earth identified as having the highest probability of debris landing from a free-falling Chinese space station.

The European Space Agency's (ESA) Space Debris Office in Darmstadt, Germany, which issued the Tiangong-1 prediction, said the March 30 to April 2 window is "highly variable," and it will not be possible to determine exactly where the space station will fall to Earth.

The organization identified specific regions of the planet where debris from the space station could fall. A portion of southern Michigan is included on the northern "yellow band" region, which has a "higher probability" of encountering debris from the Chinese spacecraft.

There is a chance that a small amount of Tiangong-1 debris may survive reentry and impact the ground. Should this happen, any surviving debris would fall within a region that is a few hundred kilometers in size and centered along a point on the Earth that the station passes over. The map below shows the relative probabilities of debris landing within a given region. Yellow indicates locations that have a higher probability while green indicates areas of lower probability. Blue areas have zero probability of debris reentry since Tiangong-1 does not fly over these areas (north of 42.7° N latitude or south of 42.7° S latitude). These zero probability areas constitute about a third of the total Earth’s surface area. 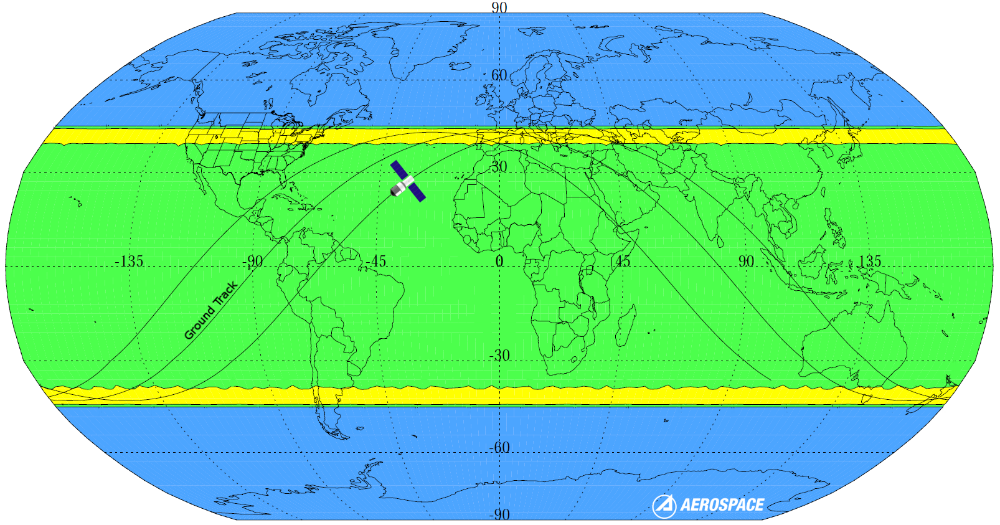 The Aerospace Corporation says the probability that a person actually would get struck by this debris is "about one million times smaller than the odds of winning the Powerball jackpot."

This space station is China's first. It was launched in September 2011 and was designed to last about two years. On March 21, 2016 China said it terminated its "data service" with Tiangong-1, allowing it to eventually fall back to Earth. The Aerospace Coporation says "amateur satellite trackers have been tracking Tiangong-1 and claim it has been orbiting uncontrolled since at least June 2016."

And now we await its arrival back to Earth, in pieces. It weights 18,740 pounds (about 8 tons) and is about 34 feet in length and 11 feet wide. There are two solar panels on it, too.

Here in southeast Michigan we just had a celestial encounter with a meteor. Michiganders reported a loud boom, bright flash of light and earthquake back on Jan. 16, 2018. The "bolide" fireball caused a magnitude 2.0 earthquake in Metro Detroit, according to the National Weather Service.

Since then people have been out looking for and recovering pieces of meteorite across the region. You can bet the same will happen after the Chinese space station reenters Earth's atmosphere.