Ford Mustang is most Michiganders' dream car, according to Twitter data

DETROIT – Michiganders dream of owning a Ford Mustang more than any other car, according to Twitter data.

AutoWise analyzed more than 100,000 geotagged tweets to see which cars people love the most. Tweets mentioning "dream car" and "#dreamcar" were tracked.

The Mustang is the second most popular car, with residents of 12 other states also frequently tweeting about the muscle car.

The Tesla Model S was the top dream car in the country, with residents of 20 states posting about it being their dream ride.

This map from AutoWise shows each state's dream car: 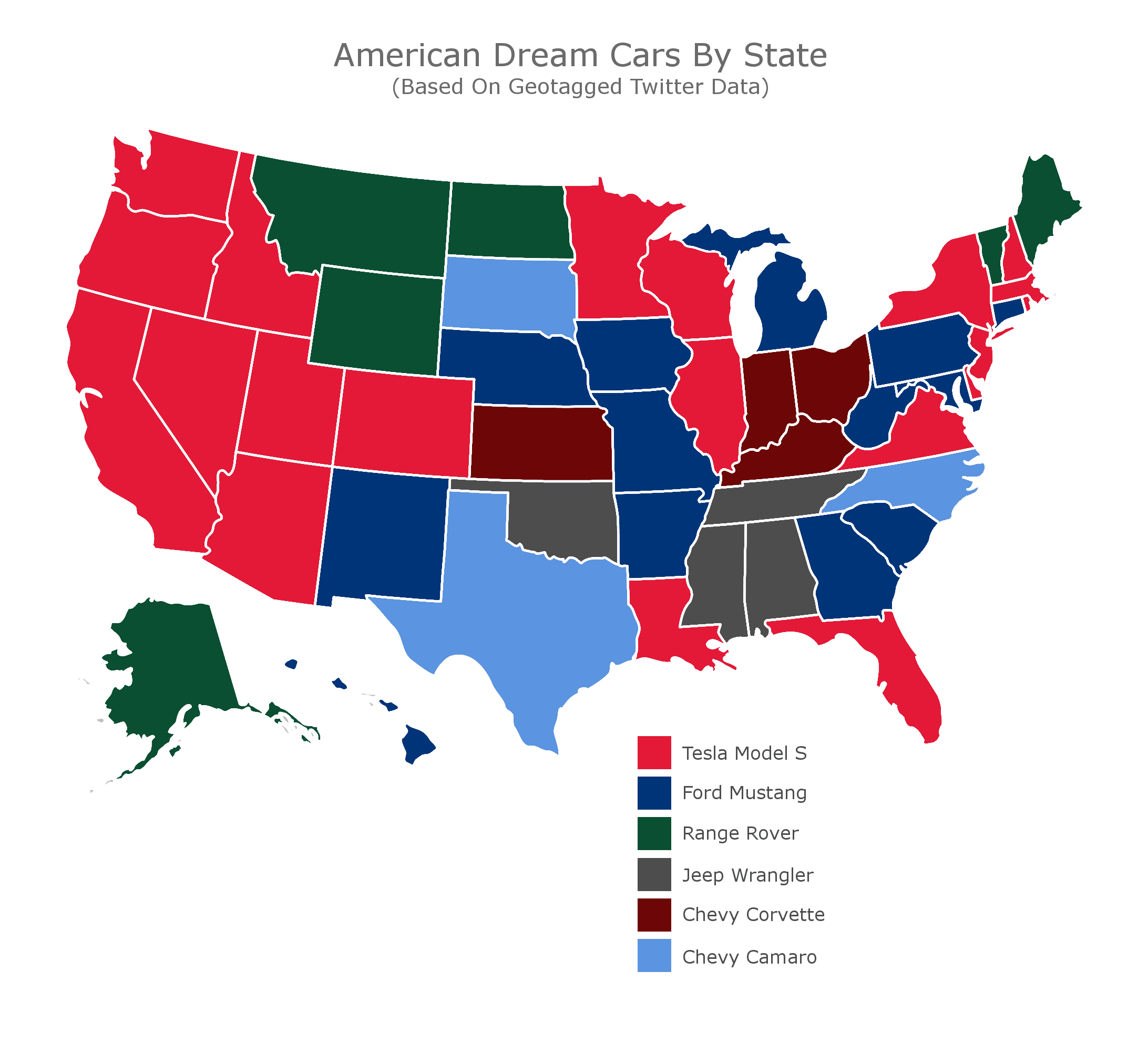