Michigan to distribute 10 million free KN95 masks: Where to find them

DEARBORN HEIGHTS, Mich. – Four children were killed and their mother was critically injured Wednesday morning in Dearborn Heights where a father turned himself in to police.

The scene was at a home on Hipp Street near Annapolis Street.

Investigators say a man called police at about 1:30 a.m. to say he murdered his family. He was on the front porch waiting to surrender to police.

During a news conference Wednesday morning, Dearborn Heights police said the man was taken into custody without incident. Police did not offer any more details.

#Breaking: Dearborn Heights family killed - father/stepfather of kids called 911 and met police on front steps. He is in custody.#Local4

The children's mother is in the hospital with a gunshot wound.

Local 4 has learned there were glaring warning signs about the man living in the home. The 49-year-old man served time for killing a former wife who was six months pregnant.

According to records, the man was convicted of second-degree murder in the stabbing death of his then-pregnant wife in March 1992. After that murder, he called police to tell them when he had done and waited for them to arrive.

He served 16 years in prison, getting just one fighting ticket in 2002 when he fought another inmate over a television.

The man was denied parole four times for various reasons, but it was centered around his lack of remorse for the crime.

After taking some cognitive-based programs, he was given parole in 2008 and discharged in April 2010.

He then married a woman identified as Faith Green, who was found severely injured Wednesday. They were married in 2010, but the mother of four filed a report in 2013 that said, "He is trying to make me leave our home. We're filing for divorce. He's being belligerent, kicking things. He kicked the couch while the baby was sleeping on it. He's just kicking things, threatening me and saying if I don't leave, things are going to get ugly. He jumped at me like he was going to attack. This went on for four hours."

Green filed for divorce in January 2014, but since no action was taken after the filing, the case was dismissed.

Last month, Green filed for divorce again, saying there had been a breakdown in the marriage and that there was no reasonable likelihood that the marriage could be preserved. 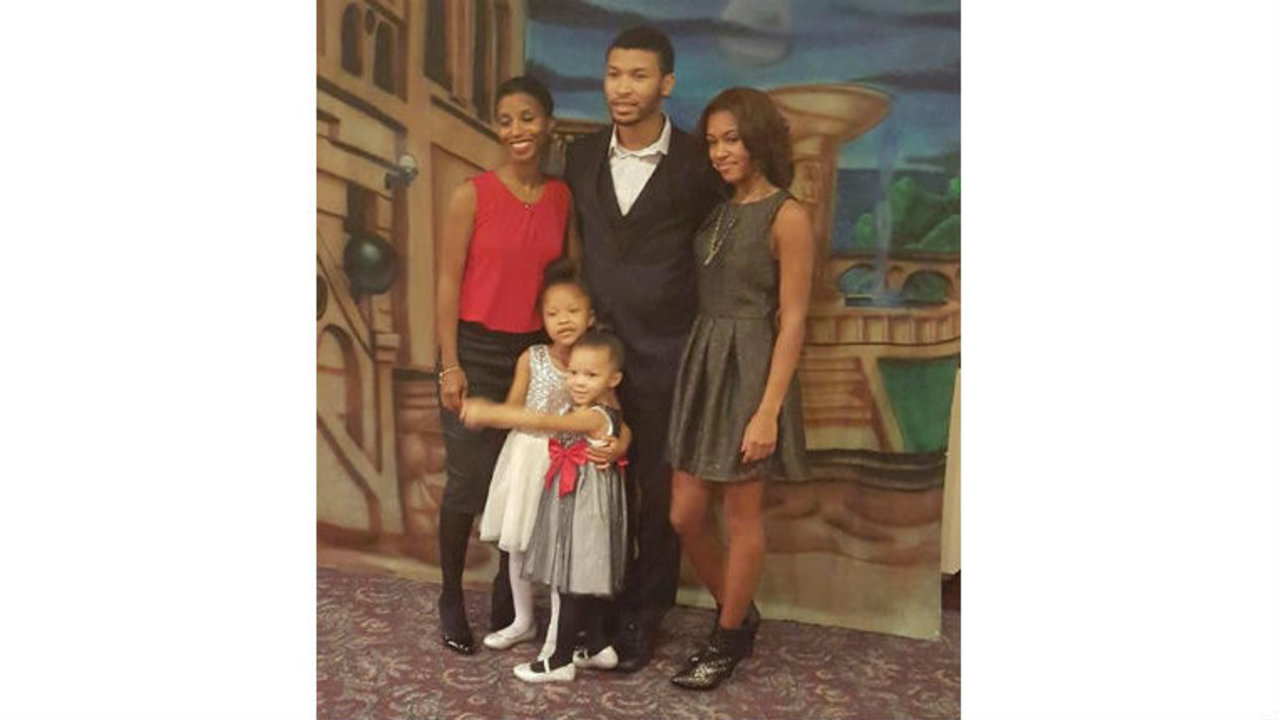 Green was shot and stabbed. She is listed in fair condition. Police said she suffered non-life-threatening injuries and is expected to recover.

“It stemmed from a domestic violence type situation,” Dearborn Heights police Capt. Michael Petri said. “We do have the suspected offender in custody so there is no concern for the neighbors.”

Sources said the father has a criminal record and pleaded no contest to second-degree murder in 1992. He spent 16 years in prison and was released from parole in April 2010.

Police have been to the home in the past for prior domestic violence and family trouble runs.

The Wayne County Prosecutor's Office has received a warrant request and it is under review.

Residents who live near the home where the four children were found are trying to cope with the shock and sorrow of losing their fellow students and friends.

Some students at Southfield High School left school early Wednesday after learning about the deaths of C.J. and Kara Allen.

Neighbors are also missing the children who they said lit up their block. One neighbor said the man living in their home was nice to her, but she suspected he wasn't nice to his wife.

"He kept her confined," Michelle Carson said. "(She) couldn't socialize, like a prisoner."

As she spoke with Local 4, Carson held the Green family's dog, who was entrusted to her by police. She said she often saw Kaleigh and Koi playing with the dog.

"It's going to be really hard to walk out my door and see this every day and remember those little kids, like, 'Hi, miss Michelle,'" Carson said. "I can still see them in my head right now."

For the friends of C.J. and Kara, learning that the teens died at the hands of their stepfather was disturbing news.

"I just hope she does get the justice she deserves," one friend said. "No one deserves this."

"It was her senior year," a friend said. "She's not going to experience college, being an adult, having a family, all because somebody was so sick."

Some students already had a makeshift memorial Wednesday at Inglenook Park. Others are planning a candlelight vigil at Annapolis High Friday night after the football game.

Kara was a football cheerleader and National Honor Society member.

"Nothing we can do about it, just keep them in our prayers and do the best for the mother," a parent at the school said. "I really feel bad for the mom. You know, I'd rather die if my four children were dead."

Neighbors like Jessica and Ashley brought a prayer candle after they heard the ambulance overnight. They said they never imagined it was for something like this.

"We have a lot of old people around here too, so I thought it was something like that, but nothing to do with the babies."

"It just shows you you never know what's going on behind closed doors," a neighbor said. "It's sad. It's a horrible thing that happened."

Local 4 Defender Shawn Ley is an Emmy award-winning journalist who has been with Local 4 News for more than a decade.