Metro Detroit mental health resource guide: When, where and how to find help

Stay safe this Halloween with these festive kids face masks

Prep for a spook-tacular Halloween with this digital motion projector

DETROIT – The former Michigan state fairgrounds in Detroit are a step closer to development.

The Michigan Land Bank Fast Track Authority Board of Directors approved a sale of the site to both the city of Detroit and Magic Plus, LLC.

READ BACK: Magic Johnson has plans for Michigan State Fair Grounds in Detroit

Ex-NBA star Earvin "Magic" Johnson's Magic Plus LLC development company is buying about 16 acres from the land bank for just over $29,500 per acre.

The purchase still requires the Detroit City Council’s approval. Detroit’s 2018-19 budget approved $4 million from the general fund to cover the upfront cost of the purchase and the remainder will be paid once the land is developed.

“The historic state fairgrounds is an important site for residents, the city of Detroit and the entire region,” said Josh Burgett, director of the Michigan Land Bank Fast Track Authority. “All parties involved have worked hard to bring redevelopment to the site and this public/private agreement is marrying two visions for the state fairgrounds to create jobs and provide commercial destinations for those new employees and current residents.”

The Detroit City Council is expected to vote on the purchase following environmental reviews this spring. 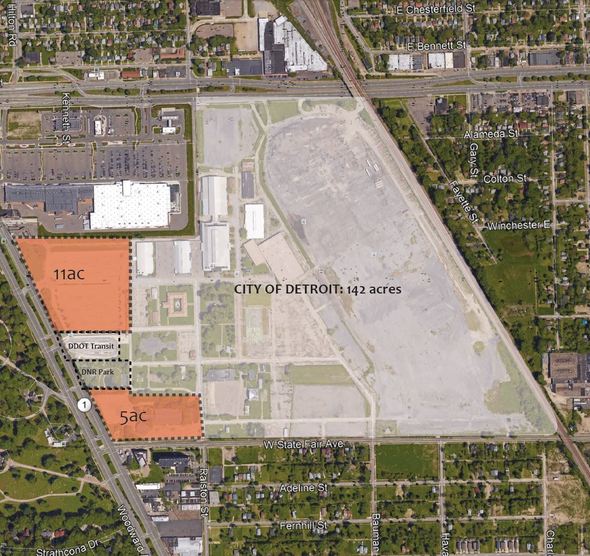