The Fourth of July was marred by violence on the streets of Detroit with at least nine reported shootings between 9:55 p.m. to 3:30 a.m.

One person was killed and nine other victims are in a hospital, one of them is listed in critical condition. Police do not believe the shootings are all connected and no arrests have been made in any of the shootings.

Watch the video above for the full report. 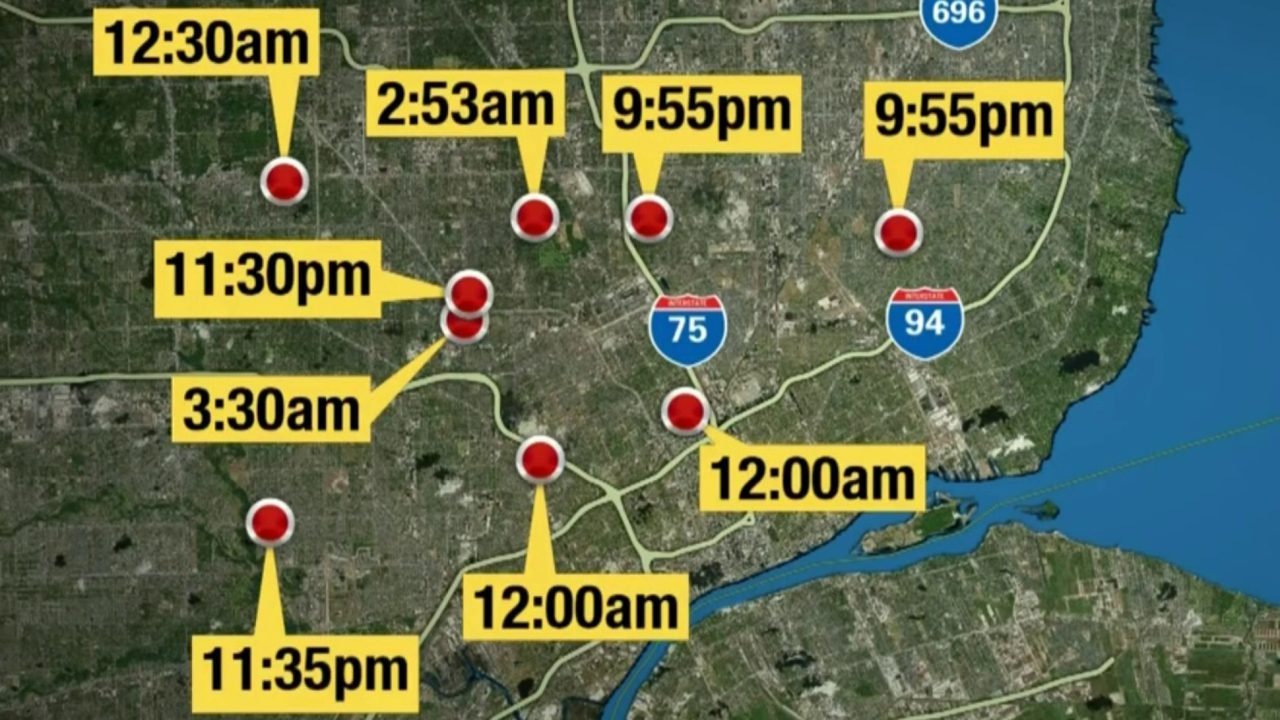 Police said the violence began around midnight in the 8000 block of Clarendon Street. Two men were arguing when one man pulled out a handgun, according to police.

he two men struggled for the gun and one of them was killed after being shot in the chest, back and side. He was taken to the hospital and pronounced dead, the man who shot him is on the run.

At around the same time two men were shot on Brush and Smith streets, both men told police they were struck by stray bullets when a group of people were arguing.

Before 3 a.m. another shooting happened on Seven Mile Road. A 25-year-old man told police someone walked up to him and started asking questions. The person then pulled out a gun and shot them.

A rash of shootings ended at around 3:30 a.m. after a shooting on Fenkell and Wyoming avenues. A 29-year-old man told police he was in his car when another car pulled up and someone from inside the other car started shooting at him.