Let’s talk about Michigan spiders: Some to fear and one to keep as a house guest

32 years ago, Connie Royce disappeared after walking barefoot out of a Mount Clemens bar

MOUNT CLEMENS, Mich. – Connie Lyn Royce was 24 years old when she walked barefoot out of the Hayloft bar in Mount Clemens and disappeared. That was 32 years ago.

Royce was last seen on June 1, 1990. Surveillance video from the Hayloft bar shows Royce entering with two men. According to the Doe Network, Royce was at the bar with her date and his roommate. 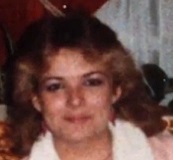 The video shows the trio showing their IDs to get in. Later, video footage from the same camera shows Royce exiting the bar alone and barefoot. She hits her shoulder on the wall and stumbles slightly as she exits. Royce was carrying her shoes and left her purse behind.

She may have been seen across the street from the bar using a payphone that same night. A late 1970s model car was nearby, but it’s unknown if she got inside the vehicle or not. She has been missing since.

According to the Already Gone podcast, Royce had been living with her parents after a short-lived marriage. She had been dating a man before she vanished, but the relationship ended with a verbal argument that led to the police being called.

Royce was 5 feet tall and weighed 120 pounds. She has a bumblebee tattoo on her wrist and a possible heart tattoo with names on her right shoulder. She has a gap between her front teeth. She has sandy, shoulder-length hair and blue eyes. She was wearing a black mini dress the last time she was seen.

Royce would be 56 years old now.

Paige Renkoski disappeared in the Fowlerville area a little more than a week before Royce vanished. There are no known connections between the two cases.