Morning 4: Here’s how often, where, when motor vehicle-deer crashes happen in Michigan

DETROIT – A woman police suspect was murdered by a serial killer in Detroit 16 years ago has never been identified.

The woman’s body was discovered on June 5, 2006, in a vacant building on Harding Street in Detroit. Police believe she had been dead for seven days. 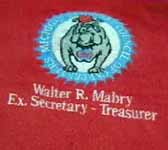 She was wearing a red shirt, “No Excuses” blue jeans (size 9-10), a white bra, a winter weight short jacket with navy/white trim with nautical flags on it, and Nike sneakers.

Shelly Andre Brooks was initially charged with seven counts of premeditated murder and seven counts of felony murder, according to NBC News. Brooks was taken into custody on July 30, 2006, after being accused of sexually assaulting a sex worker.

“Bully-Cummings said the string of slayings began in 1999. She said DNA evidence connects Brooks to many of the cases. The victim of the June rape and beating also provided police with a description. ‘We really do not believe that he would have stopped until he was caught,’ Bully-Cummings said,” NBC News reported.

Brooks was convicted of two counts of first-degree premeditated murder. He was sentenced on March 29, 2007, and is serving two life sentences. The Doe Network said Brooks confessed to murdering the unidentified woman.