Vote in round 2: Who did Detroit Lions fans despise the most?

Who did Detroit Lions fans despise the most?

The NFL region of the bracket is obviously the weakest of the entire bracket and you know exactly why. It takes success to form rivalries and the Detroit Lions have lacked just that.

Topping the region at the No. 1 seed is the ultimate Lions slayer, Green Bay Packers legend Brett Favre, who posted a 28-9 career record against Detroit, including an undefeated record at Lambeau Field.

Others in the region include Emmitt Smith, Sterling Sharpe, Aaron Rodgers, Jared Allen and Adrian Peterson. Again, players that mostly beat the Lions - a lot. 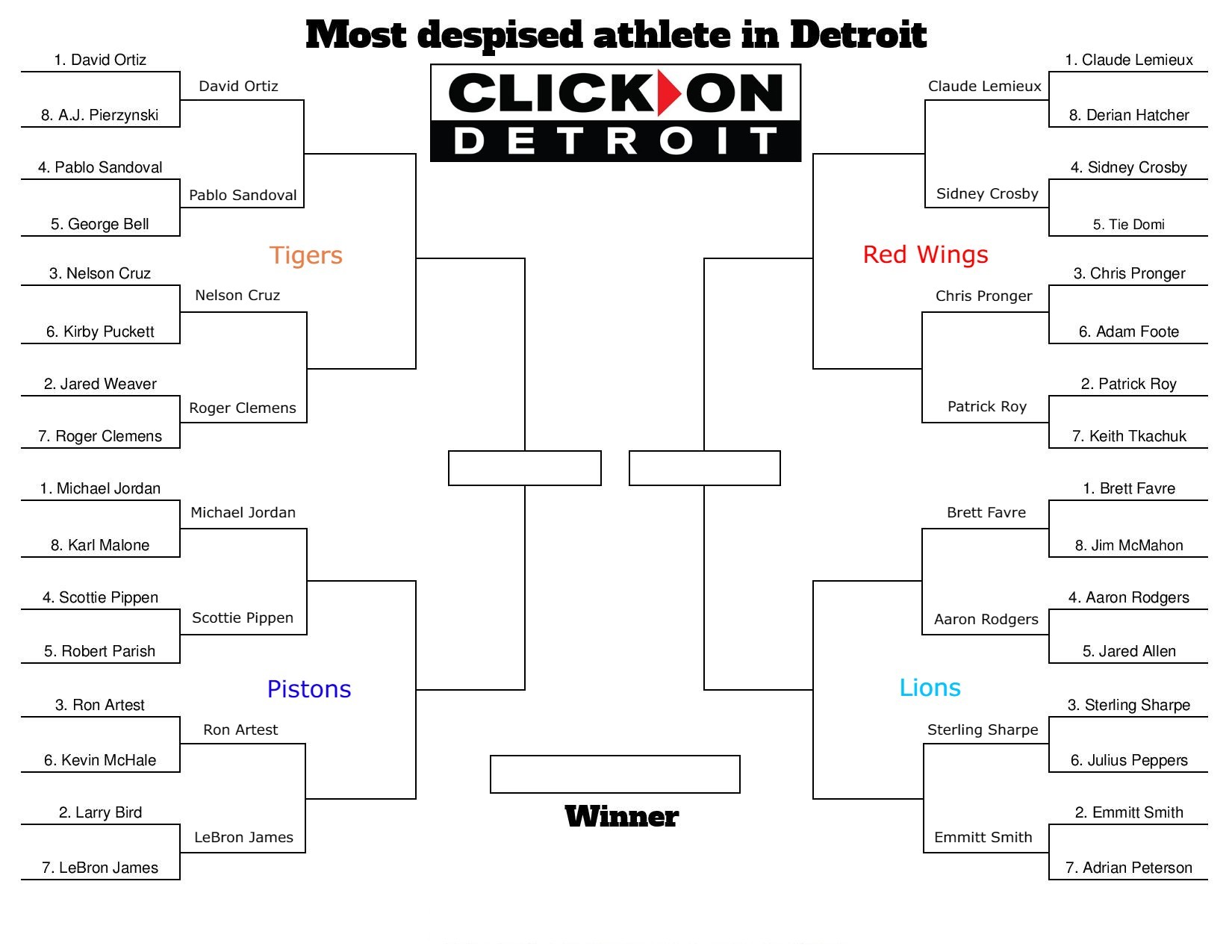 Vote in the second round of the NFL bracket below: