Family loses everything in arson in Eastpointe

DETROIT – Police have found a stolen Chevrolet Impala and arrested one person in connection to its theft Monday morning with a 3-month-old Detroit girl in the backseat.

Michigan State Police had issued an Amber Alert for Dakota Grimes after her father's car was stolen outside a liquor store on Detroit's east side.

READ: How police decide to issue an Amber Alert

Dakota was found safe on a porch about 7 hours later. She was handed over to medical personnel to be checked out.

The thieves apparently found her in the backseat and decided to ditch her on a porch.

"At first I didn't see the baby, because I wasn't paying no attention," said Gary Zalinski. "I knocked on the door, I looked down and I said, 'Dang, there's a baby sitting on the porch."

Zalinksi was arriving at his friend Raymond Harper's house on Lakepointe Street so the two could head to work together. Dakota was so quiet in her car seat that Zalinksi nearly tripped over her.

"She was sleeping. The blanket was half off of her, so I put the blanket back on her," he said.

More: Baby found safe in Detroit after being taken in stolen car

Police said her father has been cooperating with an investigation.

Meanwhile, officers had been searching for the Impala and possibly three suspects. The car was found Monday afternoon on Woodcrest Street in Harper Woods. One suspect was taken into custody. Police said they are looking for one more person, not two.

This is how they described their second suspect: 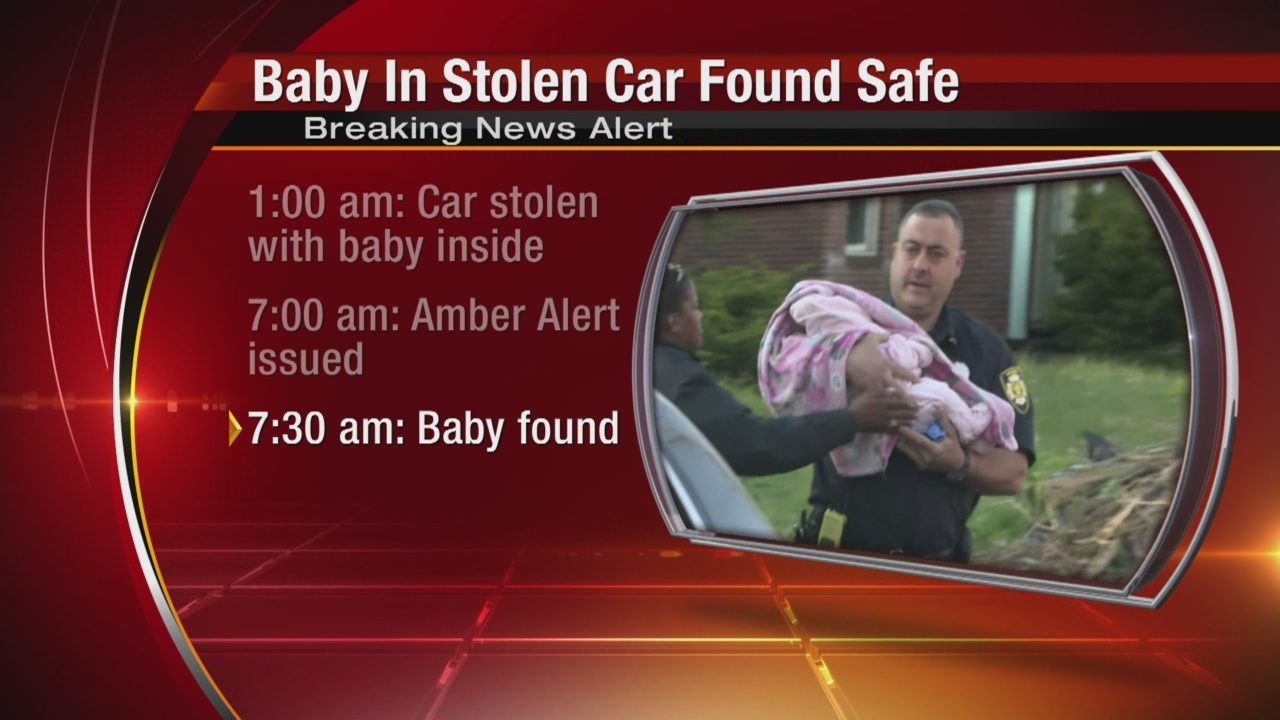