One man killed in shooting on Detroit’s west side

Nine people, including 7 children, injured in 2-vehicle crash in Romulus

Doss shot in head while responding to domestic violence call

Officer Glenn Doss, 25, was shot in his head Jan. 24 when a gunman opened fire on Detroit police in the 5500 block of McDougall Street near East Kirby Street, police said. He was rushed to the hospital in critical condition, and remained in critical condition during surgeries.

He died Jan. 28 at the hospital. A funeral was held last week.

Decharlos Brooks, 43, was charged with resisting and obstructing, assault with intent to murder, and felony firearms violations. Charges were amended to include first-degree murder.

The defense attorney requested a competency exam for Brooks, telling the court he was unable to help prepare for a case and says he has no recollection of the events.

There was no objection from the prosecution.

“It appears at this point that he has shown no remorse,” Doss’ father, Officer Glenn Doss, Sr., said.

A competency hearing will be held April 6.

Brooks was arraigned on the original charges Jan. 27.

Police said they received a call around 10:40 p.m. Wednesday about a man assaulting his wife, and another woman called to say a man might have fired gunshots.

Arriving officers said they saw Brooks standing outside a home with a weapon. Police said he took a stance and fired shots at the police squad cars.

Doss was in the passenger seat of his squad car and was shot two times. Another Detroit police squad car was hit by bullets, but no other officers were hurt. 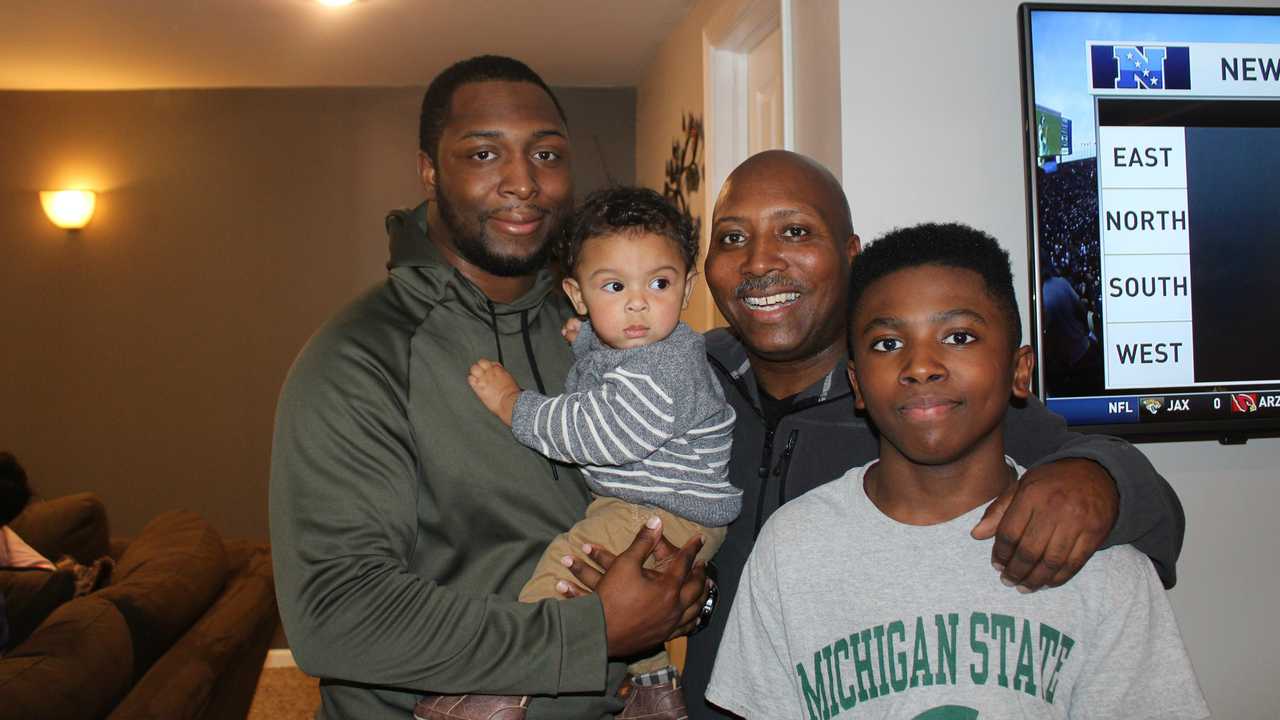 Brooks then barricaded himself inside the home until officers threw tear gas into the home, police said. He tried to escape, but was captured.

Doss was on the force for about two years. He had a 9-month-old son.

"It's somber, we've had too many losses in our department. We've had too many injured officers," said Asst. Detroit Police Chief Arnold Williams. "It's hard. It's a hard job, and we're doing it for the community. Sometimes, people lose that perspective."

Brooks' family said he has a mental condition.

"We have tried to get help for him," Nichol Cummings, his sister-in-law, said. "We don't know what happened last night."

Cummings said her sister called her in a panic Wednesday night, saying her husband had a gun and was raging at her and their children.

"She said she is really scared, something is not right with him," Cummings said. "'He's got a gun.'"

Cummings' niece called Detroit police for help. When Doss and his partner arrived, police said Brooks was outside and immediately opened fire on them.

Did the family see it coming? They said Brooks began having seizures two years ago, and his mental health deteriorated. His wife said she started to worry about him.

"I just think she recently started getting scared," Cummings said.

Doss' father asked fellow officers to pray for his son while rushing to the hospital.

Doss' father is a current member of the Detroit Police Department. He has been with the department for 19 years, but was off duty at the time of the shooting.

After the shooting, Doss' father was heard over police radio saying he was rushing to the hospital. He asked fellow officers to pray for his son.

You can listen to the full audio below:

Police said Brooks has an assault charge on his record. He has previous violence and gun charges, but no convictions.

Click here to visit the GoFundMe page for Doss.