Bobby Ferguson found guilty on 9 of 11 counts, goes to prison 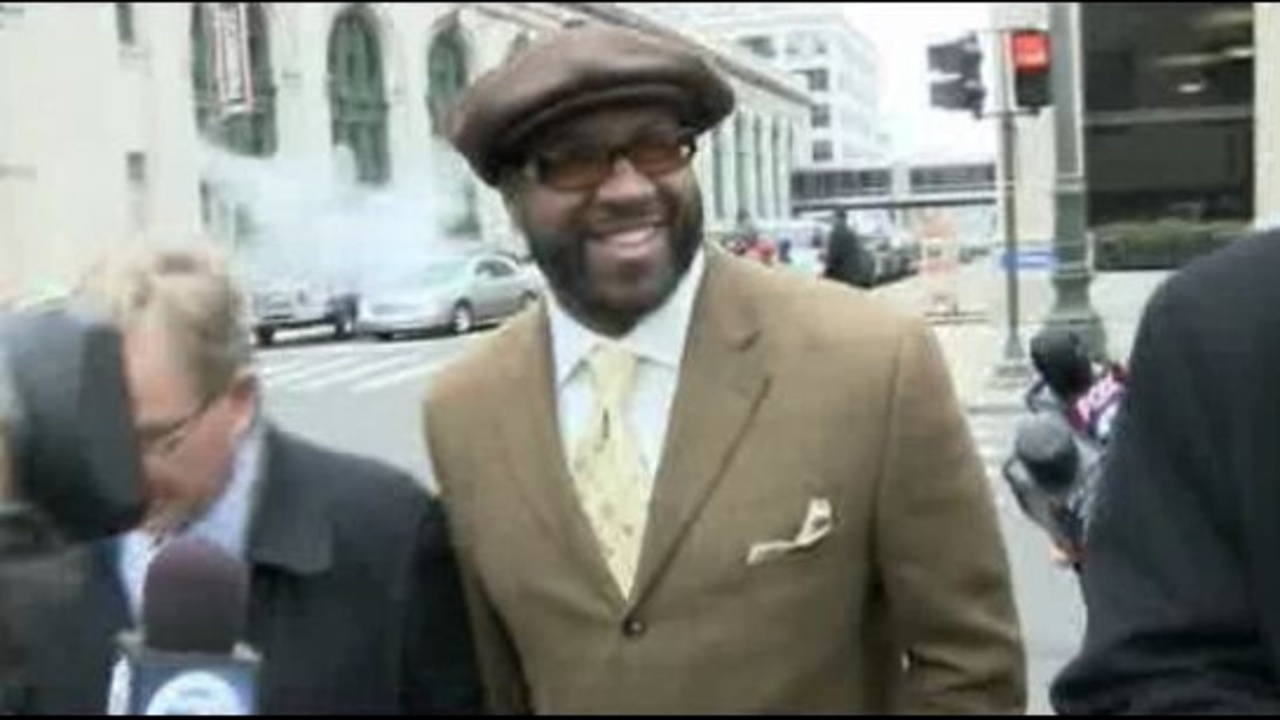 As Bobby Ferguson made his way into court Monday morning, he wasn't talking much except to quote Bible verses.

"My statement is from the Bible. Psalms 37, verses 1 through 4. Read that. That's my statement," he said.

Ferguson seemed confident and strong. While walking into the courtroom he was high-fiving some inside. However, once the verdicts read, the mood changed.

The Detroit contractor was found guilty of nine of 11 counts including racketeering, extortion and bribery. He could be spending up to 20 years in prison. Jurors believe Ferguson and former Detroit mayor Kwame Kilpatrick took part in an intricate scheme of extorting those who did business in the city for their own financial gain.

"They looked at each piece of evidence individually and each count individually and they made their decision accordingly, and we have to live with that, even though we respectively disagree. It is what it is," said defense attorney Mike Rataj.

A rush of reporters surrounded the longtime friend of Kilpatrick as he walked out of court. On his way out, Ferguson again quoted a Bible verse.

During the bond hearing Monday afternoon, the prosecution said Ferguson was a flight risk. They say he has $83 million in ill-gotten gains, that he had pistol-whipped someone in the past, traveled to South Africa, Ghana and Saudi Arabia, and could not be trusted to be out on bond. The judge agreed.

When the U.S. Marshals approached Kilpatrick and Ferguson, both men took their jackets, belts and handcuffs off. Kilpatrick took his driver's license out of his pocket, handed it to his mother and said to Ferguson, "We won't need this where we are going."